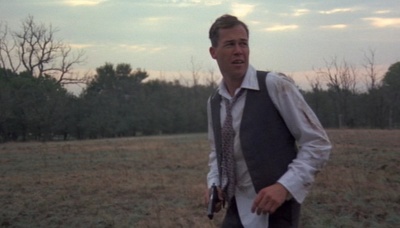 Steve Kanaly as "Pretty Boy" Floyd in Dillinger, holding a Star Model B.

Steve Kanaly is an American actor whose acting career including numerous films throughout the early 1970s. He is best known to television audiences for his role as Ray Krebbs in the CBS series Dallas. He also once did commercials for the NRA to support gun ownership and used his experience as a First Air Cavalry radio operator while serving in Vietnam to advise John Milius in writing the Col. Kilgore scenes for Apocalypse Now.