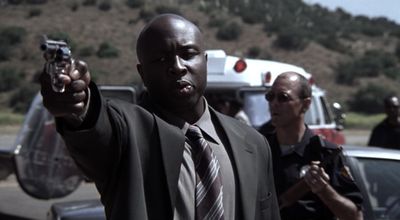 Steve Harris is an American actor perhaps best known for his roles in the series The Practice and Friday Night Lights. He has appeared in such films as The Rock, Minority Report, and 12 Rounds. He also is the older brother of actor Wood Harris.