Son of the Regiment (Syn polka) is a Soviet 1946 war drama directed by Vasili Pronin and based on the novel by Valentin Kataev. An orphaned Russian boy Vanya Solntsev is adopted by the artillery regiment. Another cinema version of the same novel was filmed in 1981.

The following weapons were used in the film Son of the Regiment (Syn polka): 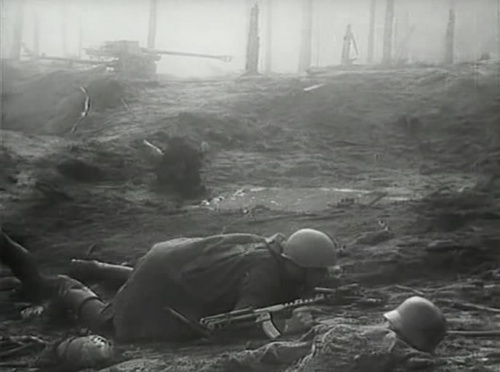 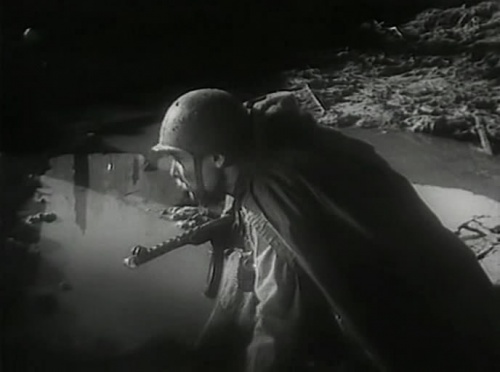 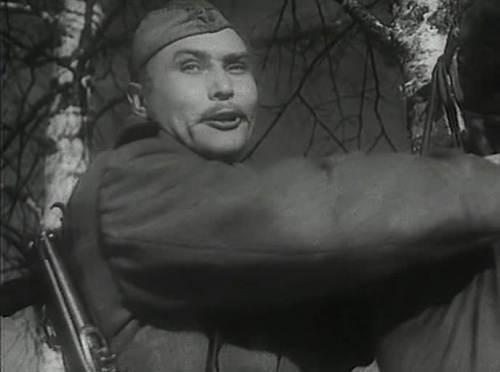 A close view of Bidenko's PPS. 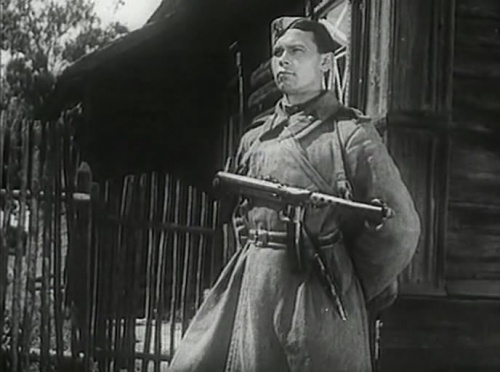 A soldier (Andrei Petrov) with PPS-43.

Some Soviet soldiers are seen with PPSh-41 SMGs. 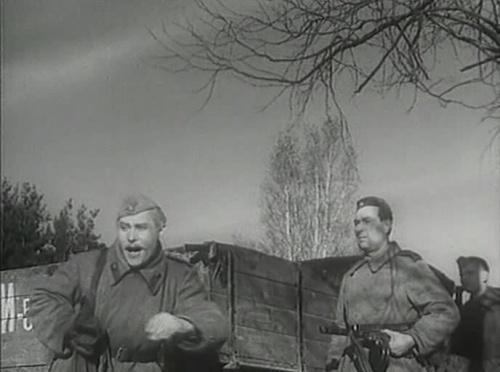 A soldier with a PPSh is seen next to the car.

German soldiers are traditionally armed with MP40 SMGs (some of them are supposed to be MP38s.) 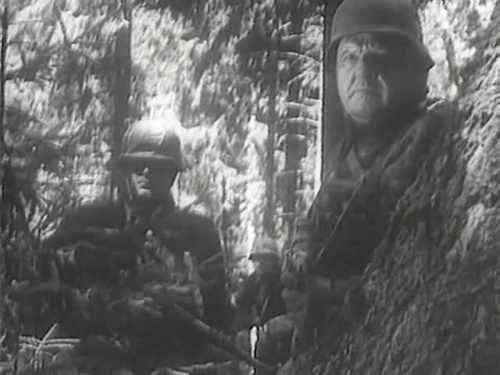 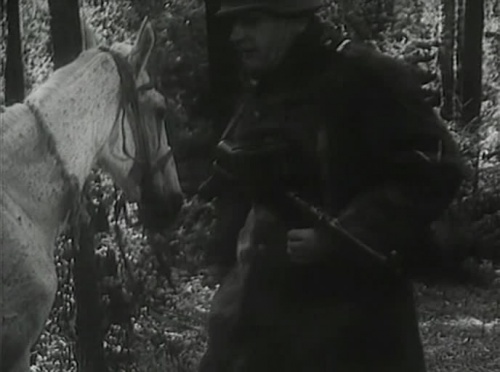 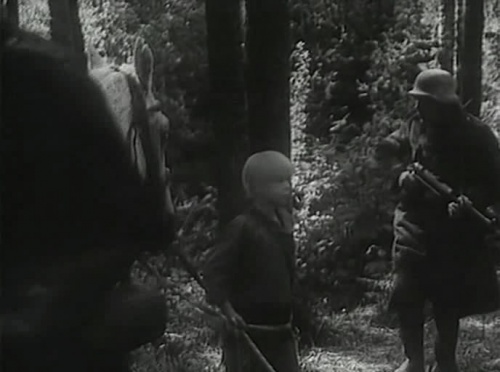 Another German soldier holds an SMG that looks more like an MP38. 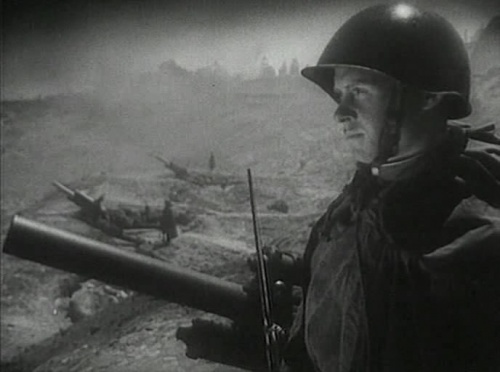 A sentinel (Stanislav Chekan) with M44 carbine with unfolded bayonet. 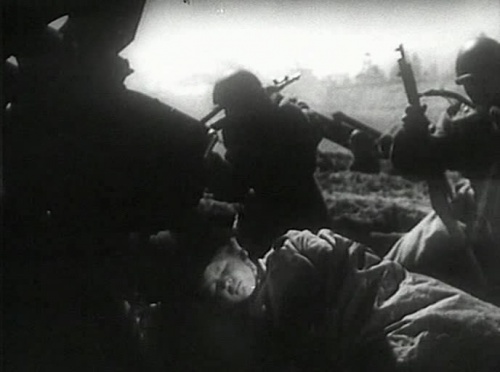 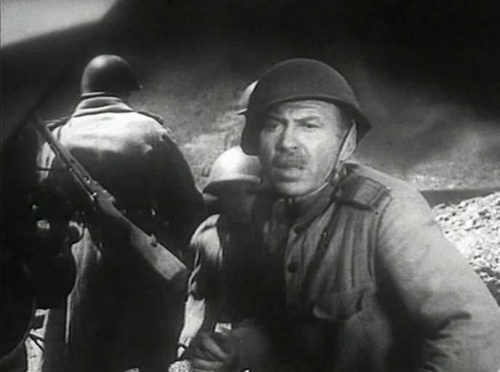 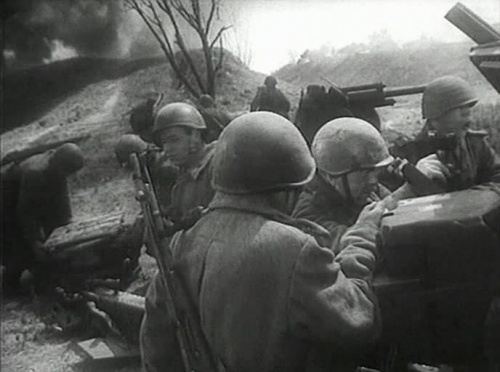 Artillerymen with M44 carbines are seen in several scenes.

Mosin Nagant M1891/30 rifles are carried by some Soviet soldiers. 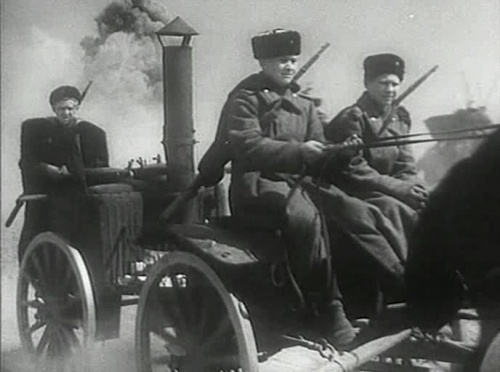 The personnel of a cavalry unit with M91/30 rifles ride a field kitchen.

In one scene a machine gun on a typical Vickers tripod can be seen. It can be a genuine Vickers or a Maxim M1910 on Vickers mounting. 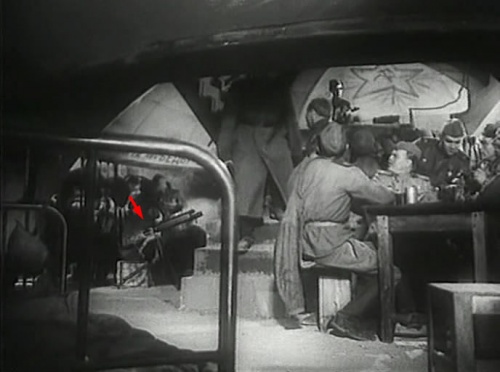 A PTRD-41 AT rifle is seen in one scene. 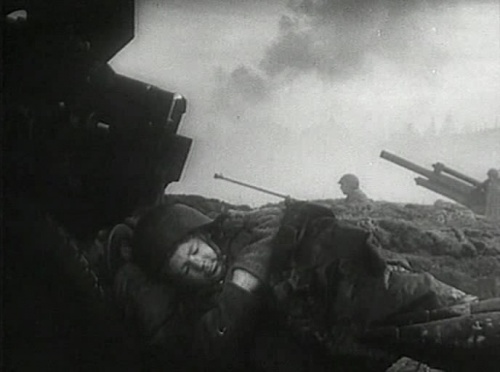 A PTRD is seen at the background.

The artillery battery where Vanya Solntsev serves is armed with 122-mm M-30 howitzers. 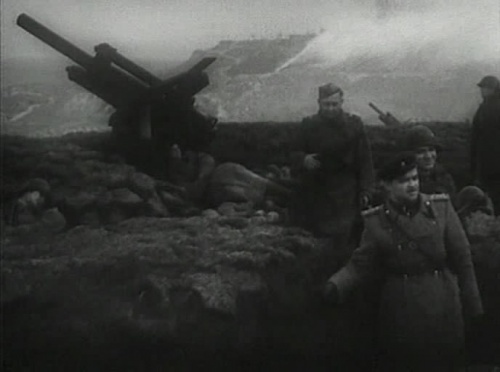 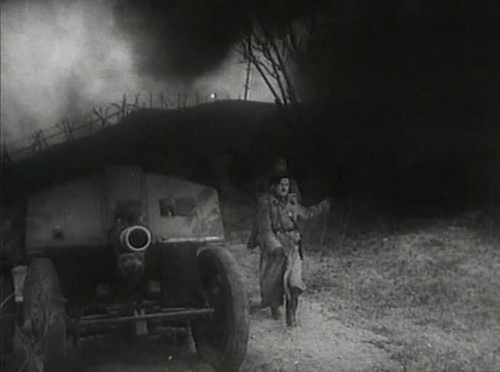