Slingboy (Original: Práče) is a 1960 Czech black-and-white war movie directed by Karel Kachyna. The story begins at the end of WWII, when a small orphan boy, František Bureš (Michal Koblic), who was liberated from a concentration camp, arrives in the rear unit of Czechoslovak army. He becomes the unit's mascot, and is given the nickname "Slingboy", after Czech boys who had fought with slingshots in the Czech Hussite armies of the 15th century.

The following guns were used in the film Slingboy: 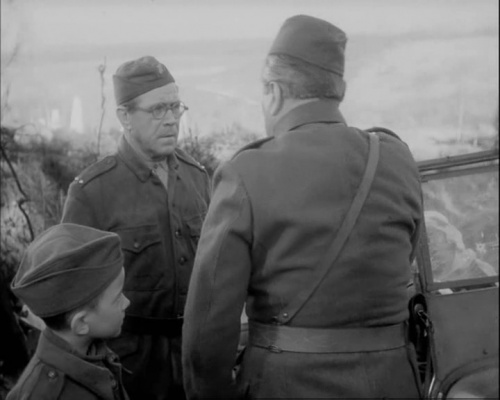 The basic weapon of the Czechoslovak soldiers in the USSR is a PPSh-41 submachine gun. 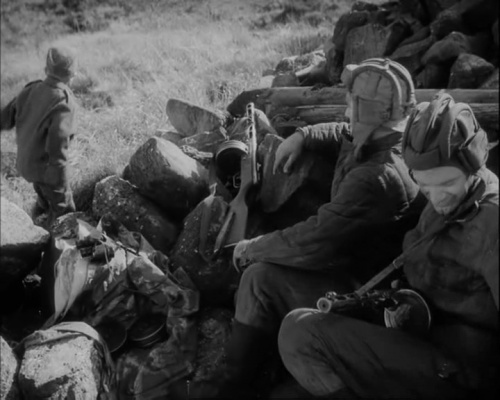 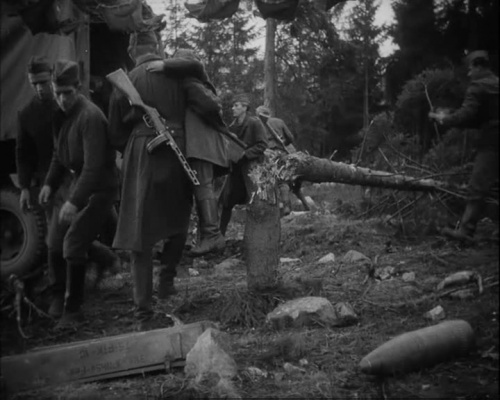 Artillery Sgt. Kvačil (Frantisek Krahulík) carries a PPSh-41 submachine gun on his back. 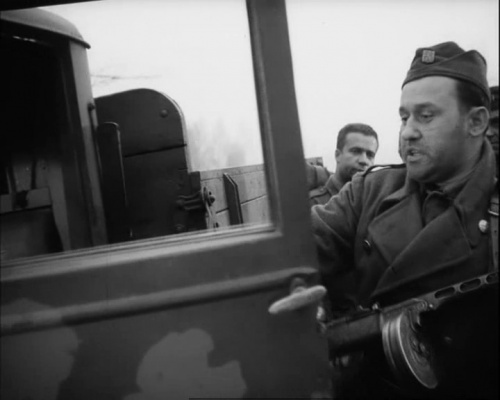 A driver of truck with the laundry (Svatopluk Skládal) is also armed with PPSh-41. 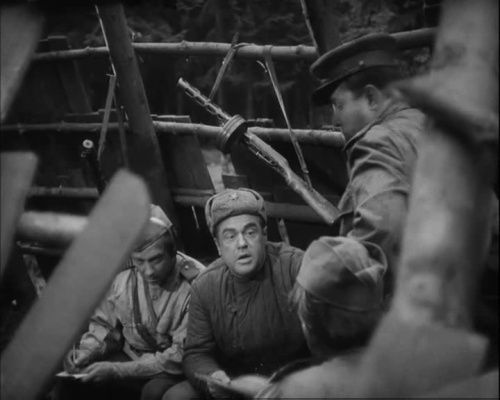 German spy (Jindrich Narenta) disguised as a Soviet soldier (middle) is equipped with a PPSh-41. 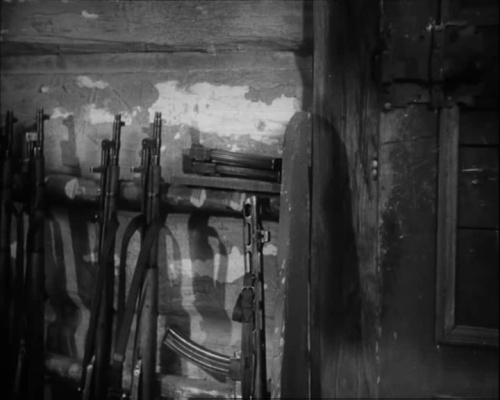 PPSh 41 with stick magazine in the armory of unit include Pfc. Šamonil. 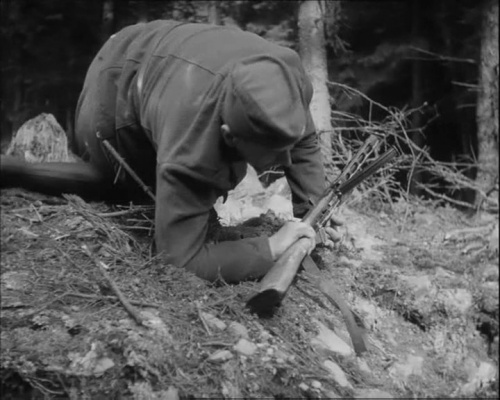 A lot of Czechoslovak soldiers at the end of the war were armed with Mosin Nagant M44 Carbines. 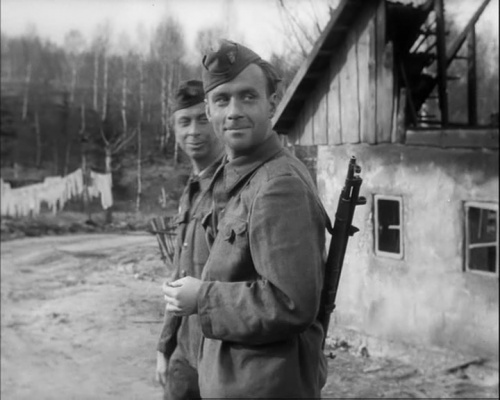 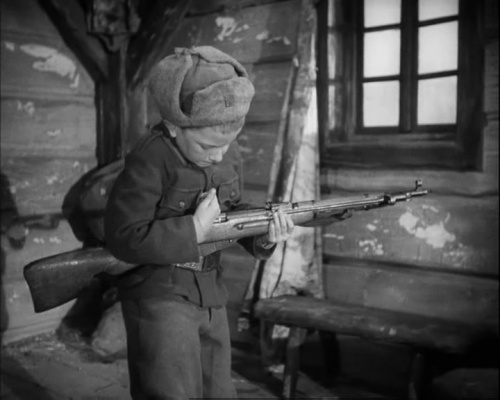 František (Michal Koblic) took a rifle from the armory squad ... 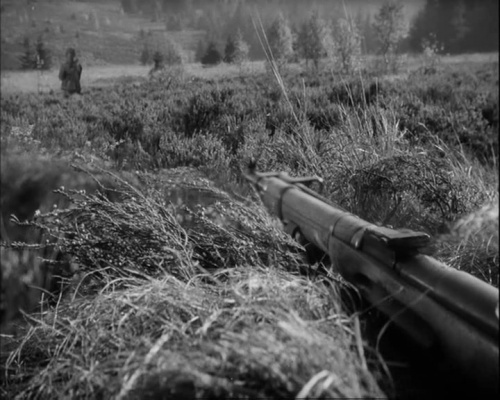 ... and went to learn to shoot at the fields firing range. 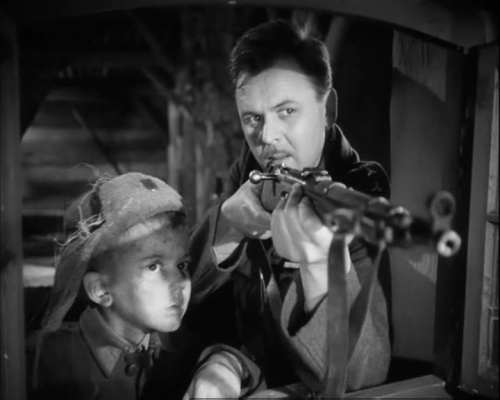 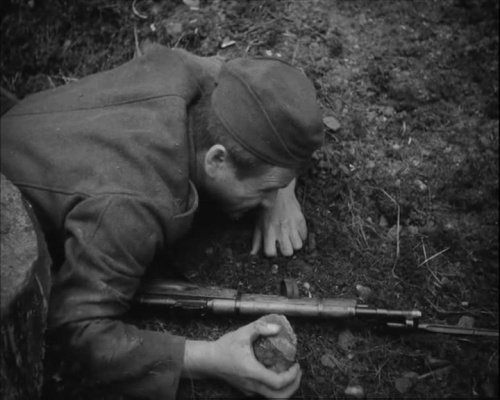 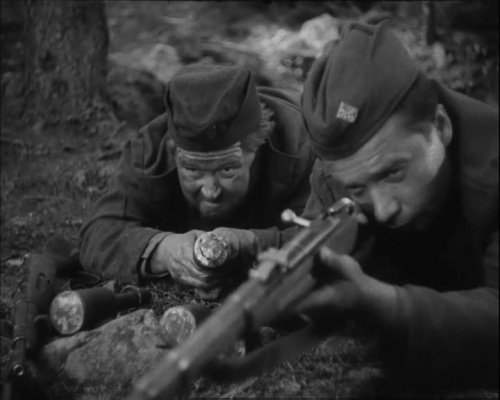 Pvt. Pekárek (Vladimír Mensík) (right) fired his rifle. To the left of him Pvt. Heller (Oldrich Musil) going to use grenades. 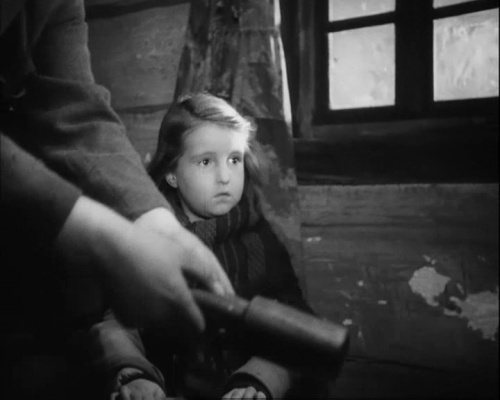 Soldiers from the laundry room received allocation of grenades into combat action. 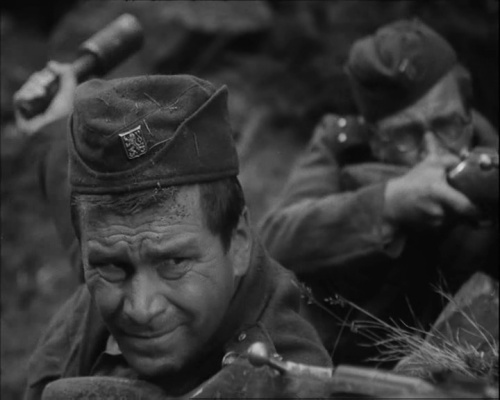 On the platform in a concentration camp lay a Panzerfaust. 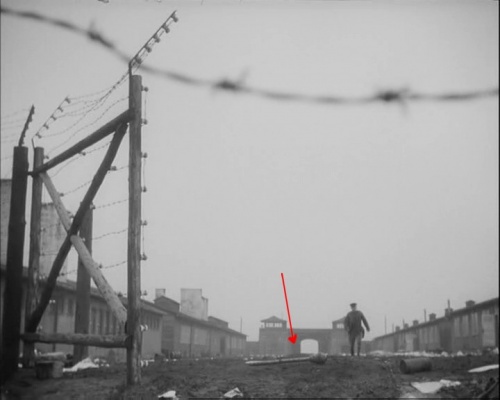 František (Michal Koblic) found in the forest a German landmine. 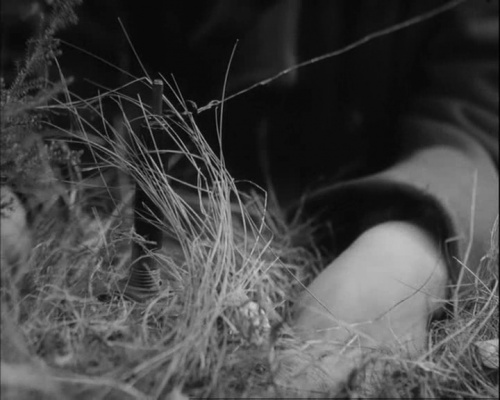 František (Michal Koblic) is based on the Czechoslovak artillery 152 mm howitzer. 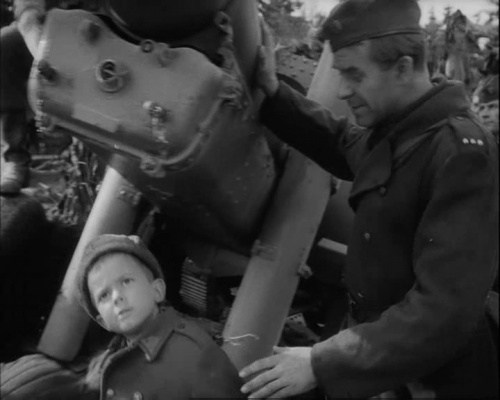 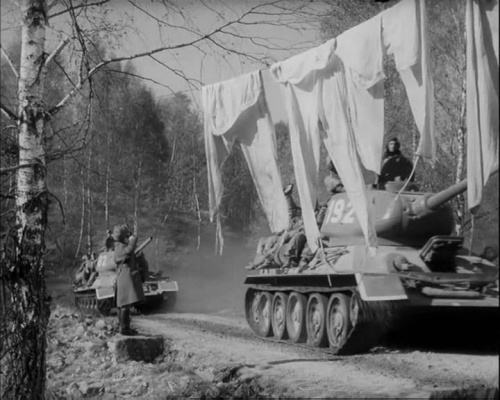