Silent Rage is a 1982 horror movie directed by Michael Miller and starring Chuck Norris as Dan Stevens, sheriff in a small Texas town.

The following weapons were used in the film Silent Rage: 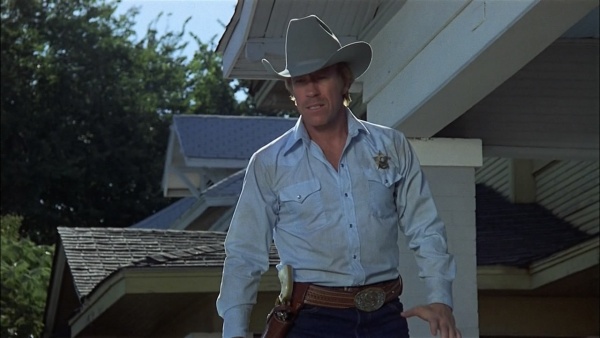 Sheriff Dan Stevens (Chuck Norris) with his revolver in holster. 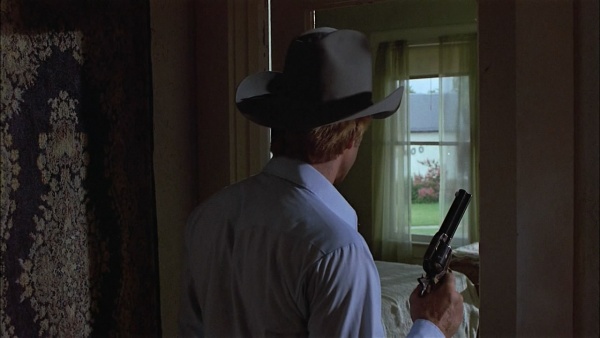 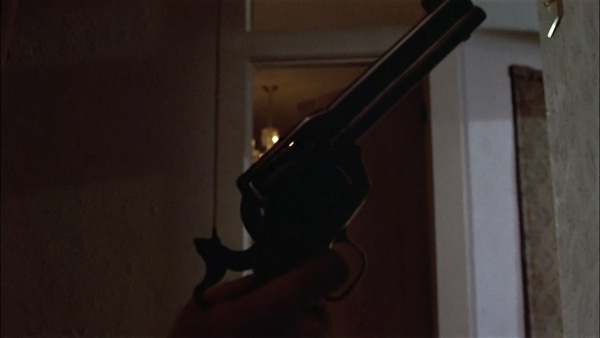 A close view at SAA revolver. 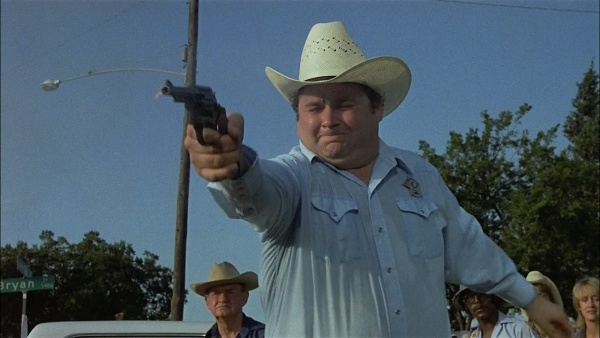 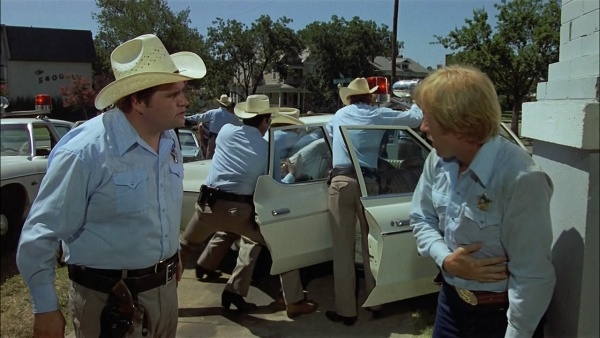 Charlie's revolver is seen in holster. 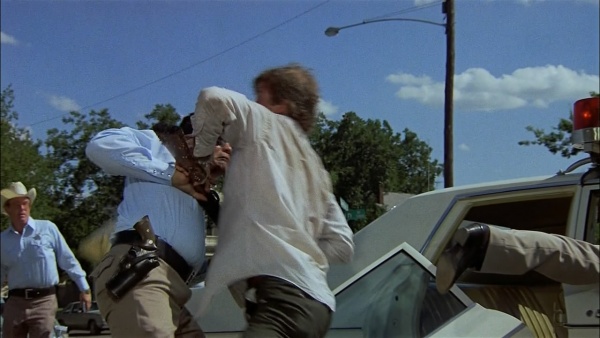 Another deputy's revolver is seen in holster. Note different grips. 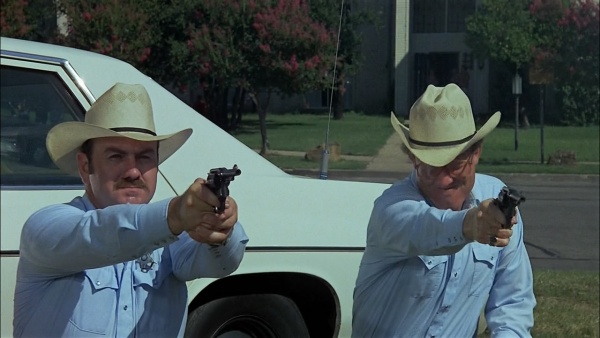 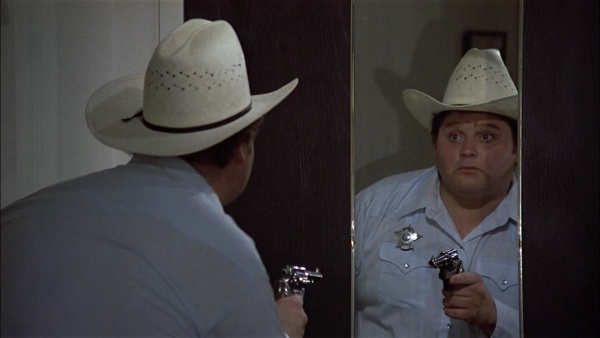 Charlie depicts a tough guy in front of the mirror. 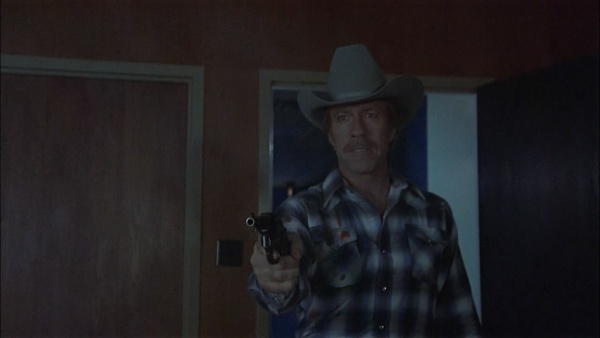 Sheriff Stevens fires the revolver in the final scene.

Dr. Tom Halman (Ron Silver) takes a revolver to protect himself against murderous John Kirby (Brian Libby). Due to the shape and bore size the revolver can be identified as Smith & Wesson Model 28 with 4" barrel. 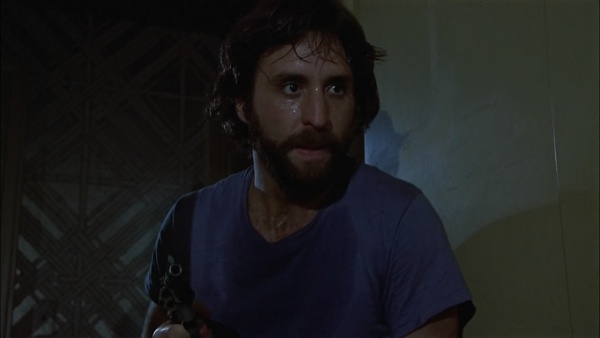 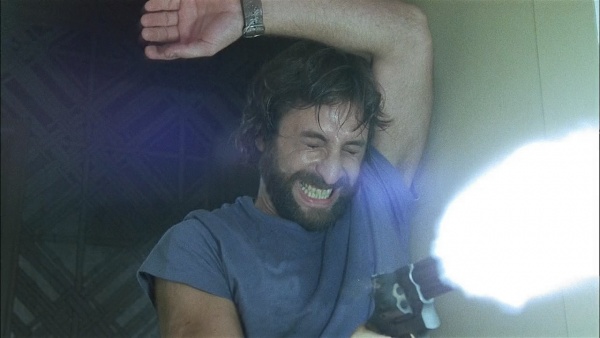 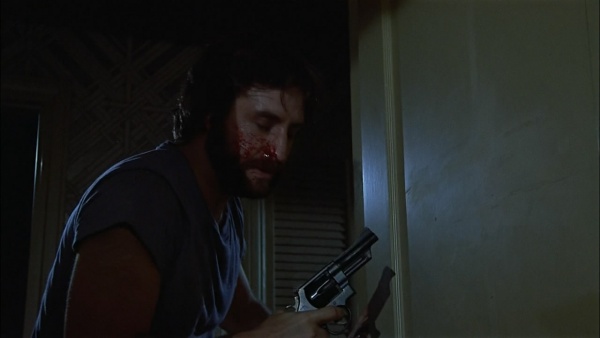 A side view at the revolver.

A Sheriff's deputy that gets knocked down has an Ithaca 37. 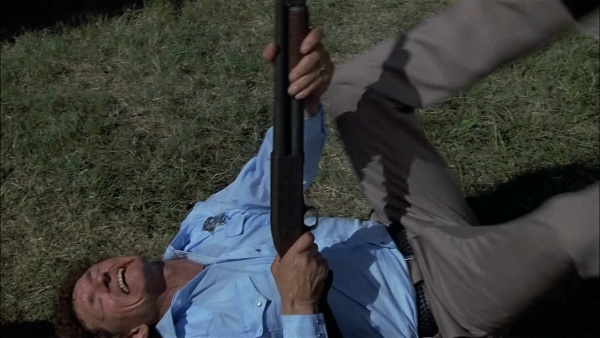 The knocked down deputy still holds his shotgun. A close view at the receiver, note the lack of side ejection port. 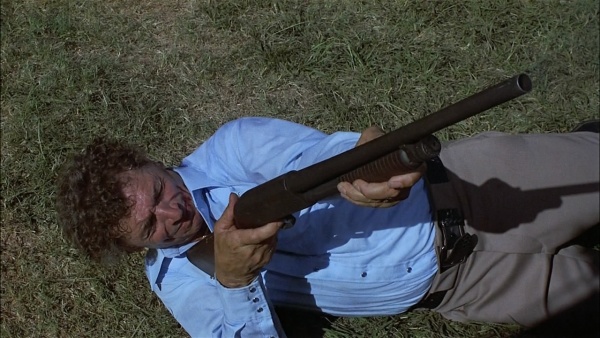 The deputy fires his shotgun. A close view at the pump. 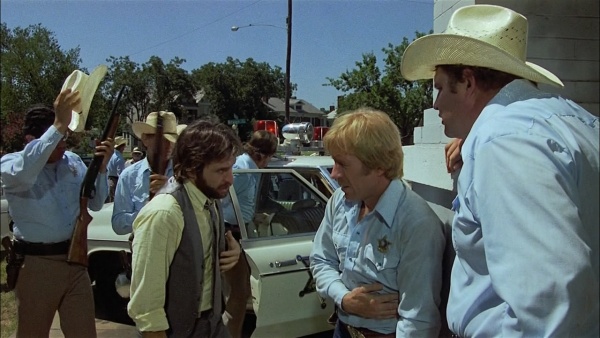 On the far left, a deputy holds a Remington 870. The deputy in the center holds an Ithaca.
Retrieved from "https://www.imfdb.org/index.php?title=Silent_Rage&oldid=1509129"
Categories: