The following weapons were used in the film Siberians:

Siberian hunter Alexey (Daniil Sagal) owns a 12 Gauge Double Barreled Shotgun. He gave it to Valya Kedrova (Aleksandra Kharitonova) during the hunt. The similar looking gun (most likely, the same movie prop) is briefly seen hanged on the wall in the cabin of aged hunter Doshindon (Dmitriy Orlov (I)). 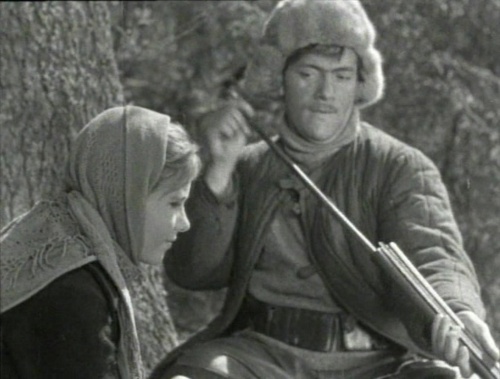 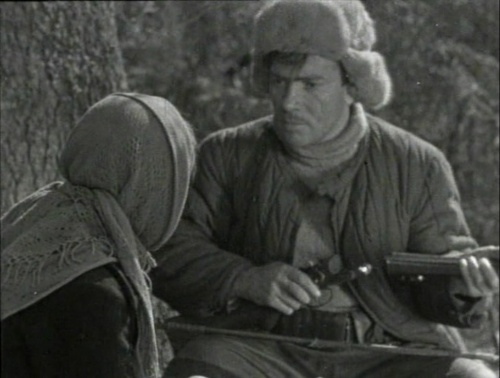 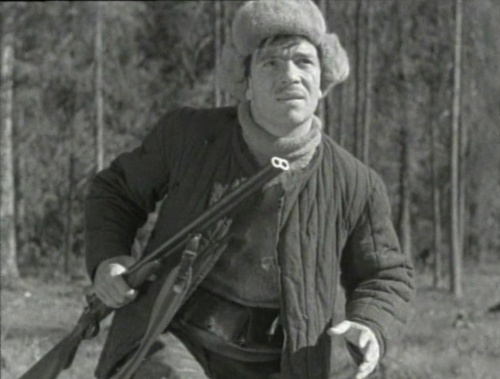 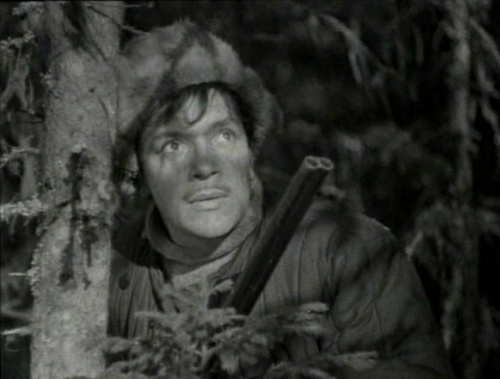 The shotgun's barrels is perfectly seen, when Alexey raises his weapon. 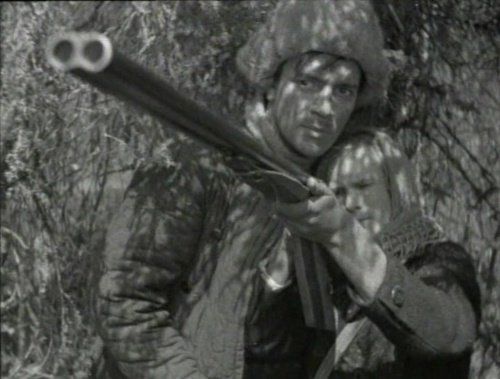 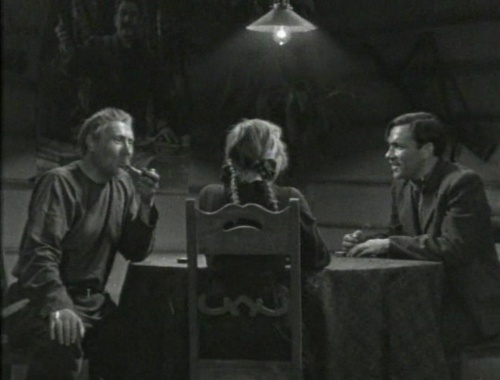 The similar looking gun is seen hanged on the wall at the background, right.

Gorchilin (Andrei Gorchilin) presents a Frolovka to Seryozha Krylov (Aleksandr Kuznetsov (VII)), who uses it throughout the movie. At the one point, this gun appeared in the hands of Petya Kholodnov (Aleksandr Putko). This gun was wrongly named as Berdan Rifle, but it's obviously Frolovka shotgun. 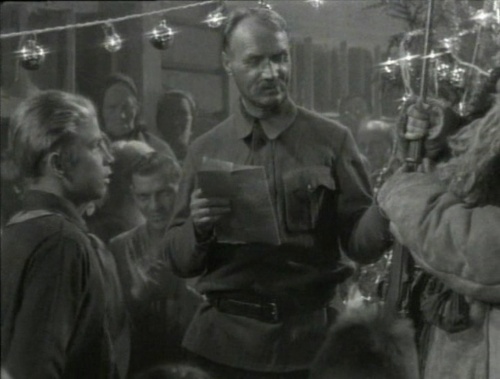 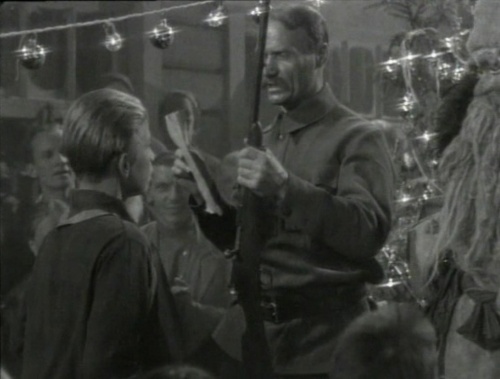 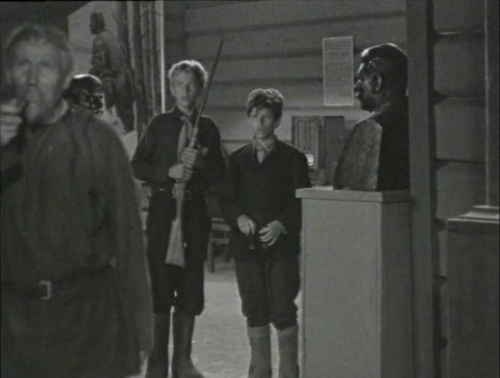 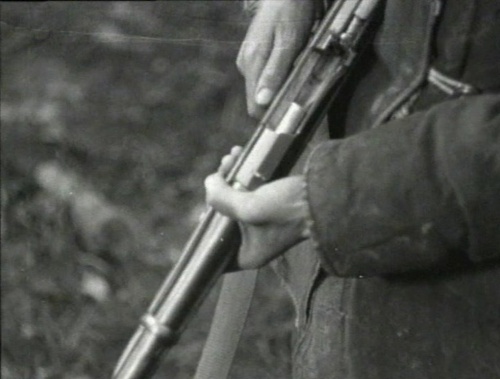 Seryozha Krylov loads the Frolovka with the single ammo... 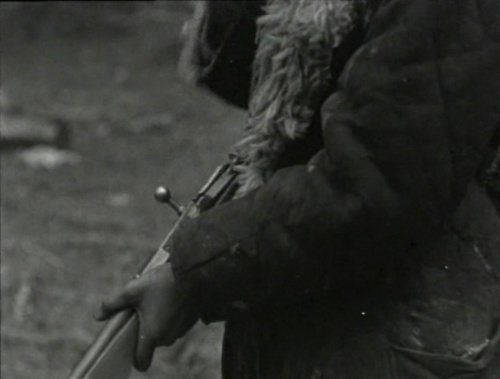 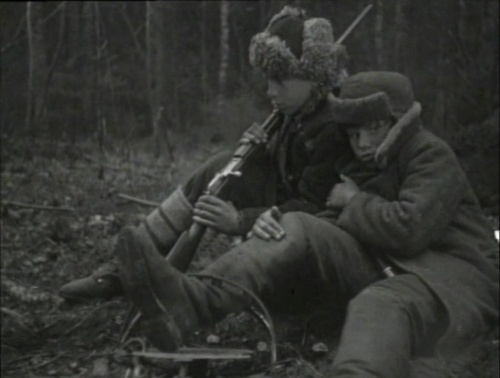 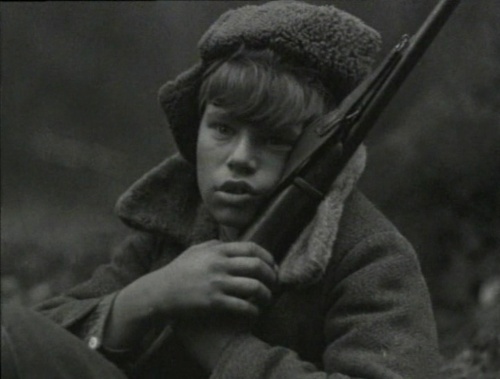 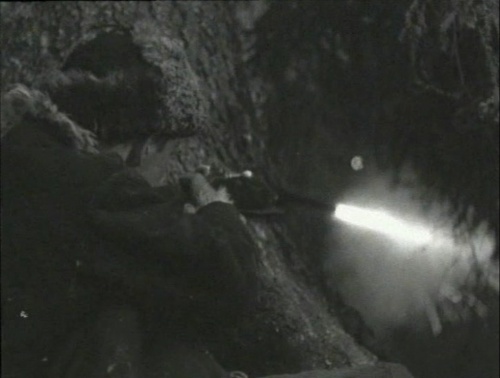 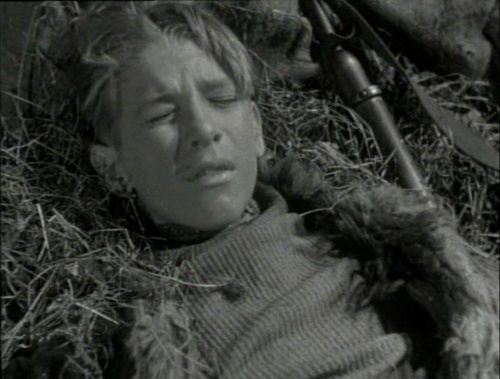 The Frolovka is seen at the right. The barrel band is perfectly seen. 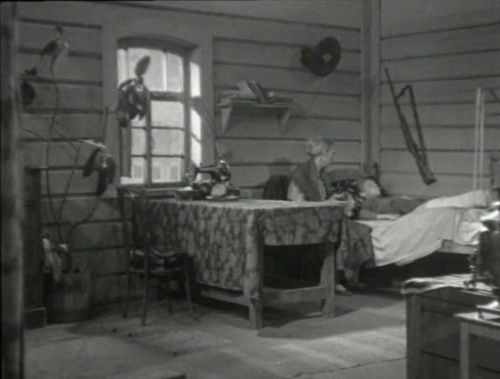 The Frolovka is seen hanged on the wall.

Two guardians of Lenin's mausoleum are armed with the Mosin Nagant M91/30s. 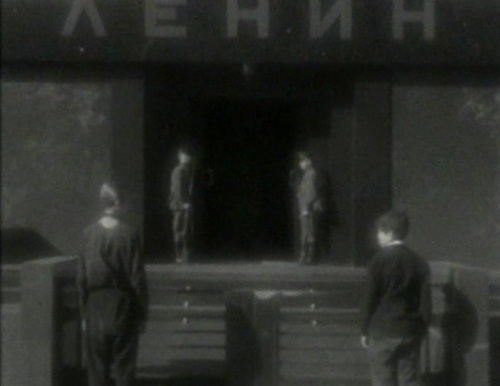 A guard is seen carrying a holster for Nagant M1895, but it's seems to be to flat, so, most likely it's empty. 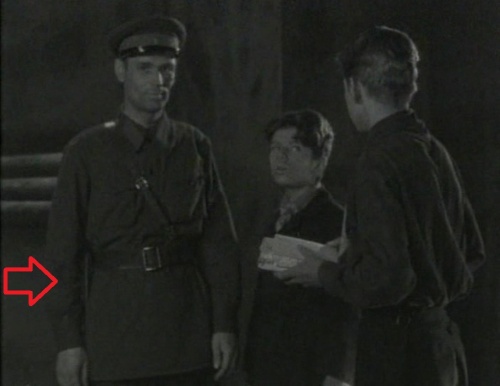 The Nagant holster is pointed by the red arrow.

The "Tsar cannon" is seen on the Red Square. 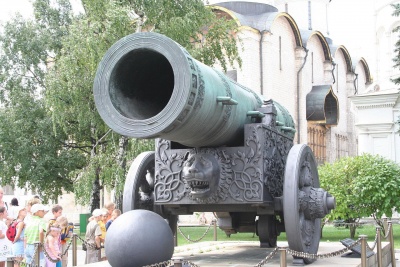 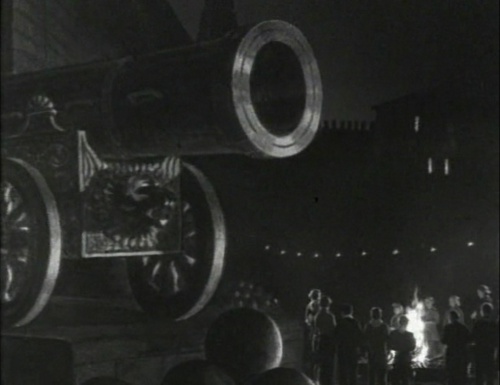 The "Tsar cannon" is seen at the left.

A rather cartoonish rifle is seen on the shot with inter-titles. 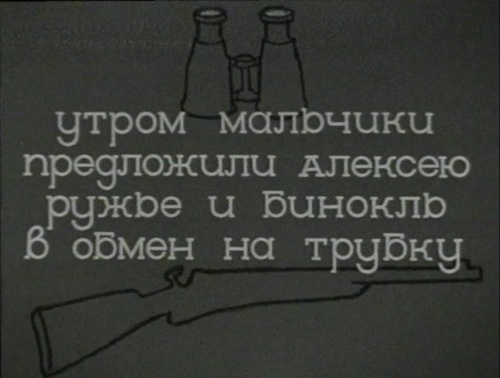 The rifle is seen (the Russian words means "At the next morning boys agreed to exchange the rifle and binoculars for the smoking pipe").
Retrieved from "https://www.imfdb.org/index.php?title=Siberians&oldid=1370556"
Categories: