Shoulder Arms is Charlie Chaplin's 1918 war comedy about the adventures of Charlie the Doughboy on the battlefield of World War I.

The following weapons were used in the film Shoulder Arms:

In the scene of the attack the sergeant (Syd Chaplin) is seen with a hammerless pistol that appears to be a Colt Model 1903. A similar looking pistol is seen in hands of Charlie when he, disguised as a German high rank officer, disarms a driver of Kaiser's car. 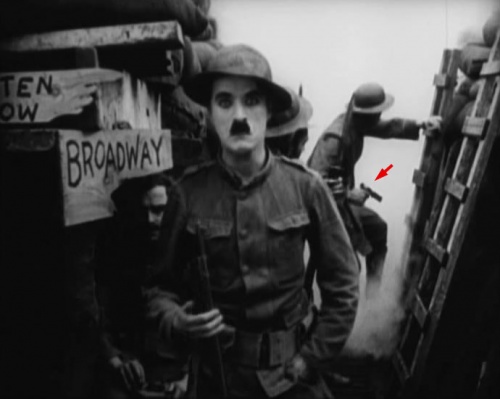 The sergeant holds his pistol at the background. 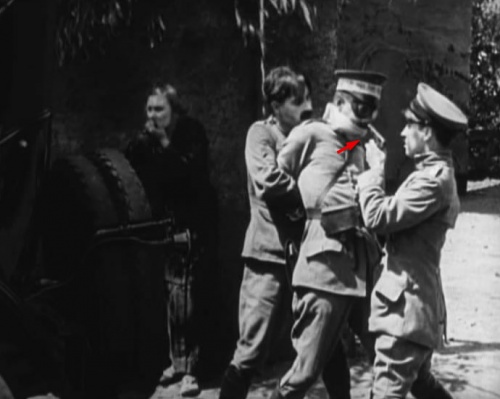 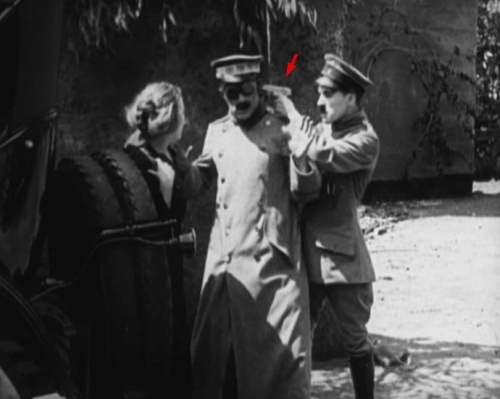 ...and captures another one with the pistol.

American soldiers, including Charlie the Doughboy, carry Krag-Jørgensen M1896 rifles. While in reality US troops in France in 1918 were armed with M1903 Springfield rifles, the movie makers had to use those guns that were available. Some German soldiers also are seen with Krag-Jørgensen rifles. 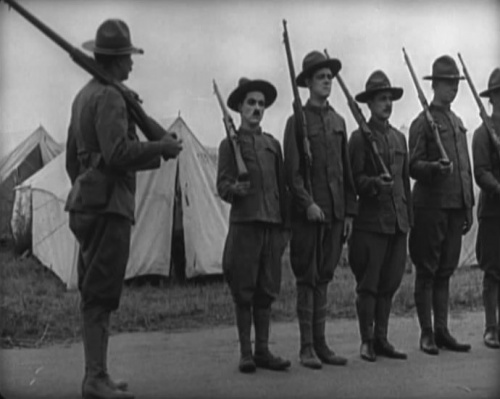 Soldiers with Krags during the basic trainig. 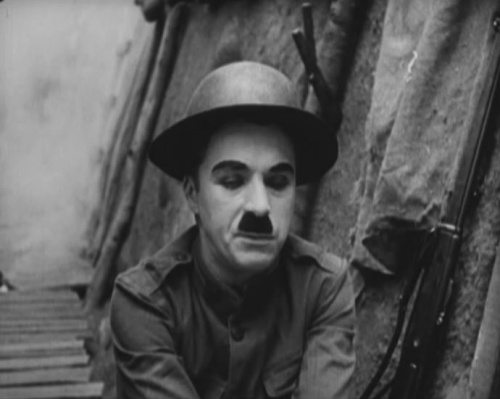 Charile's Krag is seen next to him. 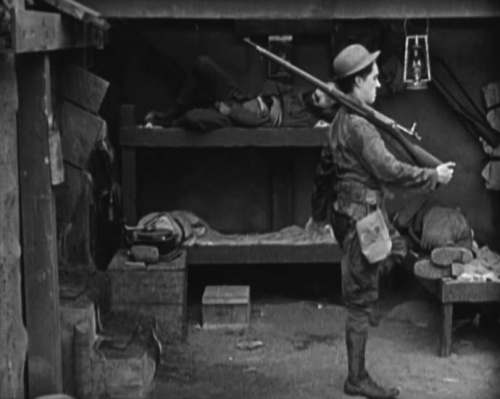 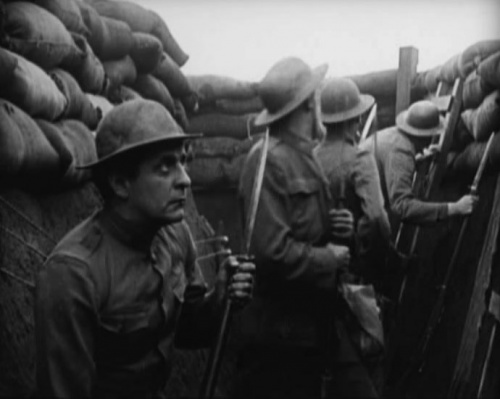 Soldiers hold rifles with attached sword bayonets before the attack. 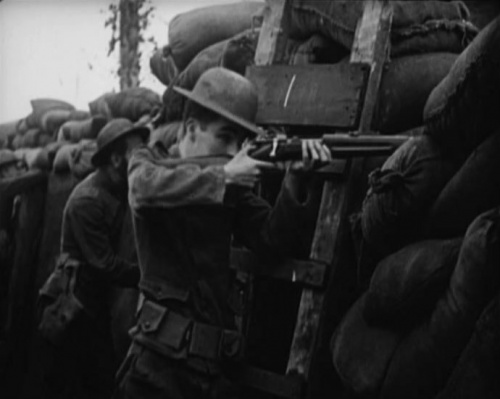 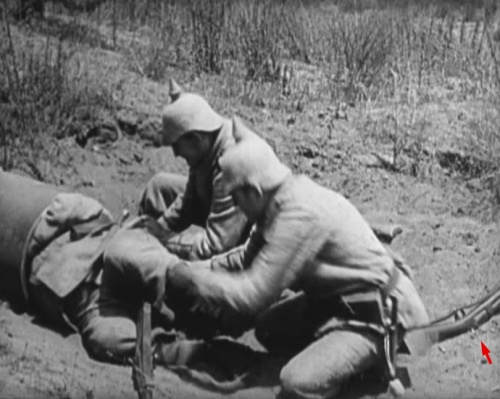 A German soldier throws away his Krag (seen at the right) while helping his comrade.

German soldiers carry rifles with straight bolt handles and large protruding magazines that appear to be Dutch Beaumont-Vitali M1871/88 rifles. In early 1910s a large number of former Dutch rifles, converted for .43 Egyptian Remington caliber, was sold in USA as hunting guns; this explains a large appearance of Beaumont-Vitali in 1918-1919 US war movies. 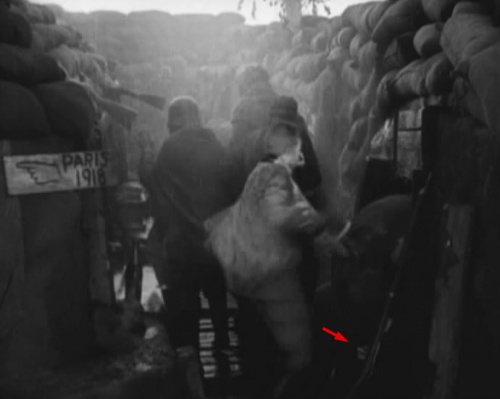 The rifle is seen at the right. Note a typical Vitali magazine. 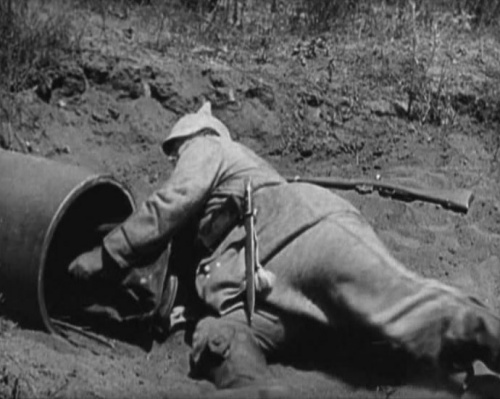 The bearded German soldier (Albert Austin) throws away his rifle (seen on the ground) while trying to catch Charlie who escapes via a tube. 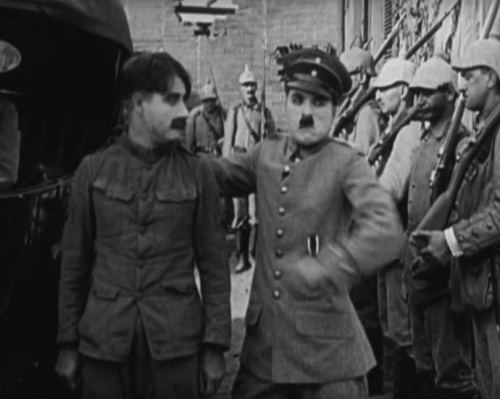 German soldiers at the right stand in formation with their rifles on shoulders. 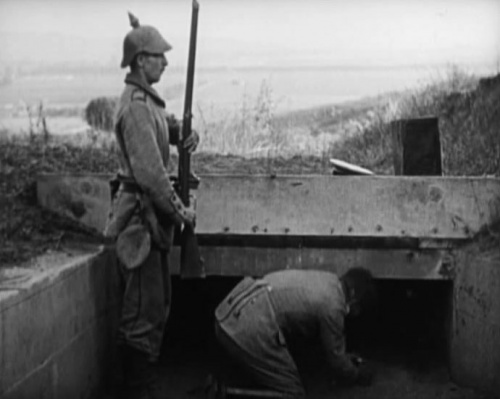 A German sentinel holds the rifle.

In one scene German soldiers use a Lewis Gun on a tripod. Charlie manages to sieze it and aims at Germans. The Lewis appears to be a mockup rather than a real gun. 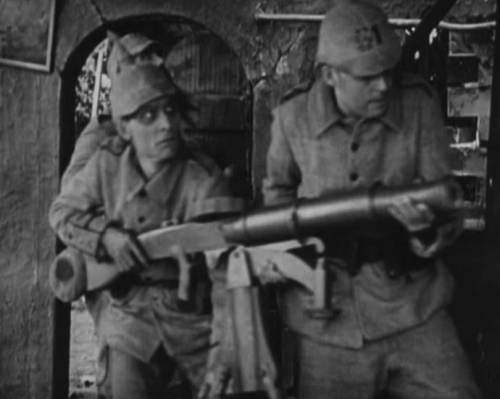 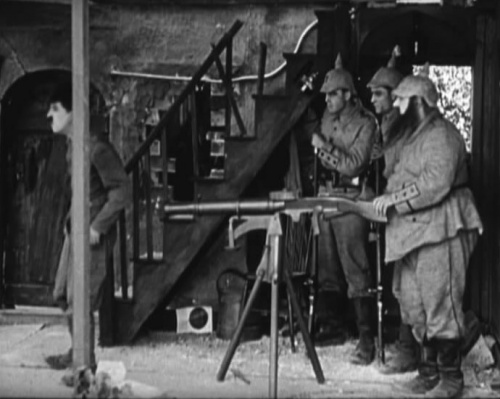 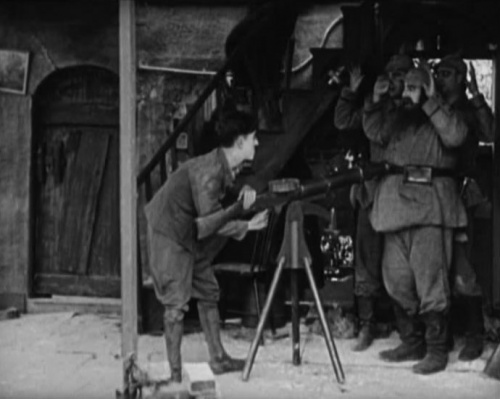 The situation has changed for the opposite! 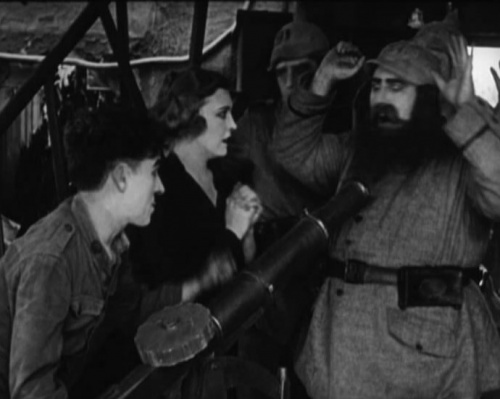 A close view of the machine gun. Looks more like a mockup.

What appears to be a mockup of a trench mortar is seen on US troops position. 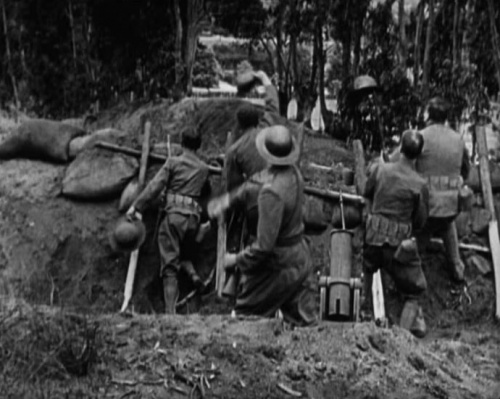 A mortar is seen in the trench.
Retrieved from "https://www.imfdb.org/index.php?title=Shoulder_Arms&oldid=1257319"
Categories: