Sherlock Holmes and the Deadly Necklace (original German title Sherlock Holmes und das Halsband des Todes) is a German-French-Italian 1962 B&W detective movie directed by Terence Fisher and starring Christopher Lee as Sherlock Holmes and Thorley Walters as Dr. Watson. The movie uses Arthur Conan Doyle's characters but has an original plot: Holmes investigates the stealing of an ancient necklace, found by archaeologists in Egypt and attributed to Cleopatra. He soon finds out that his archnemesis, Professor Moriarty, is behind the case.

Peter Blackburn (Wolfgang Lukschy) holds a Double Barreled Shotgun when he drives away from his house Moriarty's henchman Charles (Leon Askin). This is a model with exposed hammers.

Charles Parker 1878 Side by Side Shotgun - 12 gauge. An example of exposed hammers shotgun. 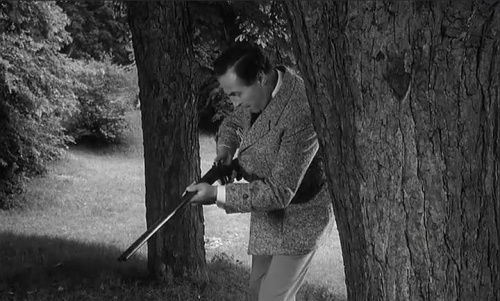 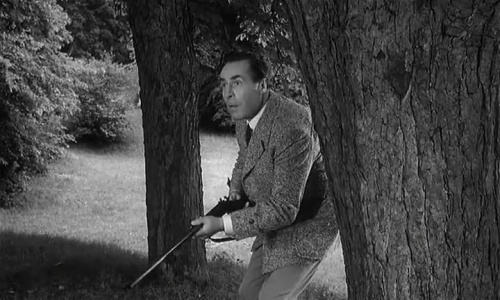 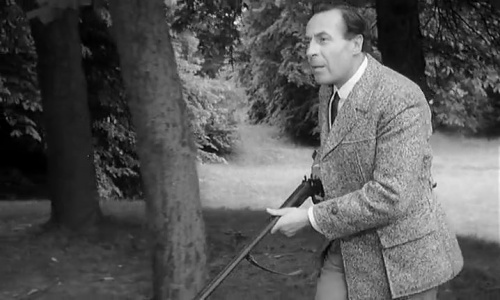 Another view of Blackburn's shotgun. 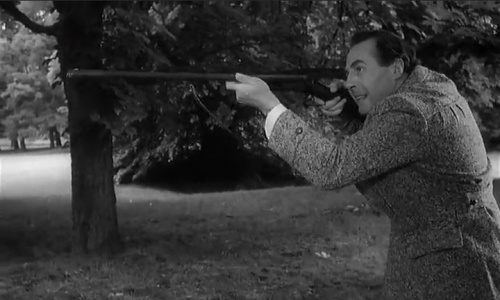 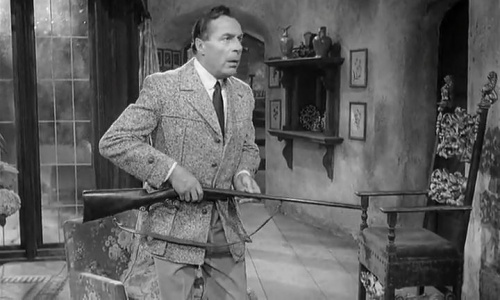 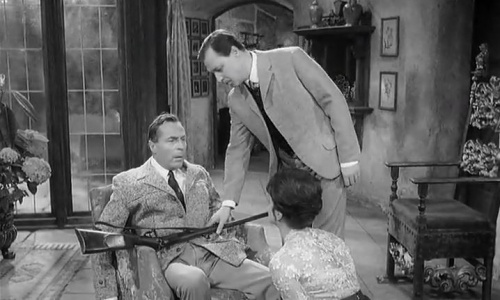 When Moriarty's henchman Samuels (Corrado Annicelli) sneaks into Blackburn's estate with plans to steal the necklace, he is armed with a Coach Gun.

Colt Model 1878 reproduction - 12 Gauge. An example of a Coach Gun with exposed hammers. 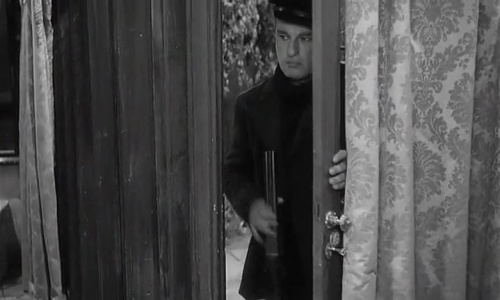 Samuels sneaks in the house, holding a short-barreled shotgun. 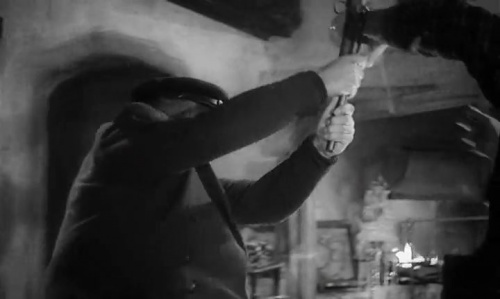 He tries to hit Blackburn with the buttstock. 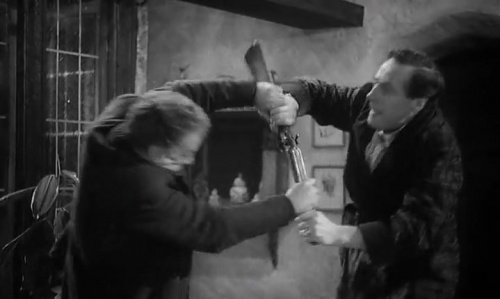 Samuels and Blackburn grapple for the gun. 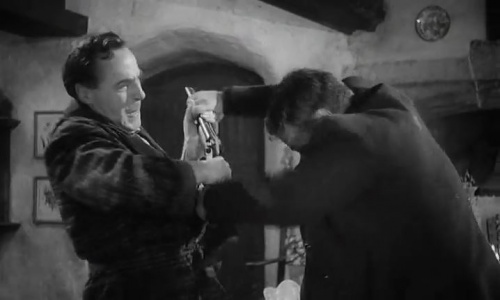 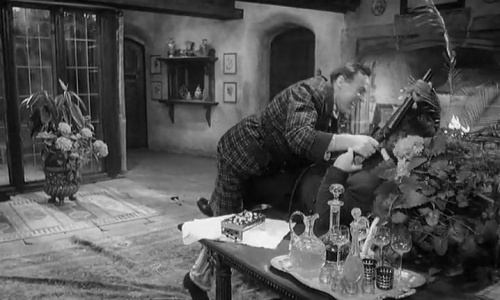 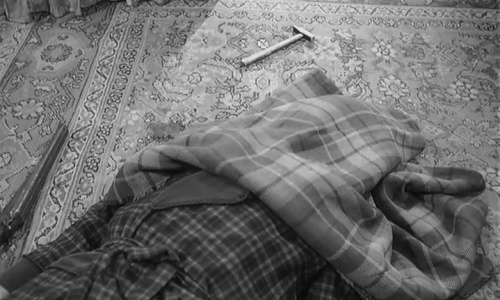 The shotgun is seen next to dead body. 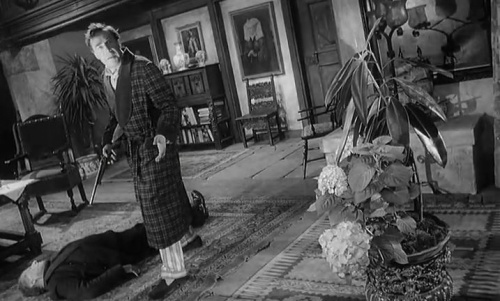 Peter Blackburn holds the shotgun in a flashback, seen through the eyes of Ellen Blackburn.

A Kabyle Musket is seen on the wall in a village pub. 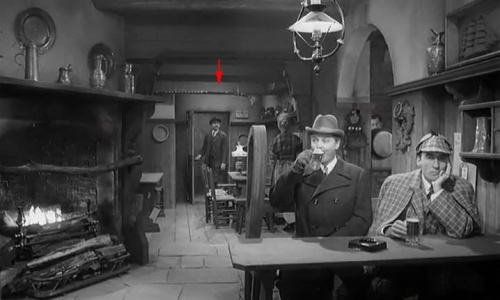 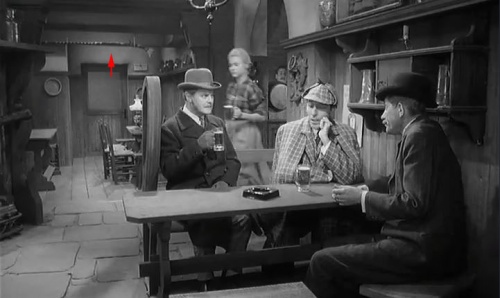 Moriarty uses an Assassination Device, a shooting lock of ancient Egyptian sarcophagus where the necklace is hidden. But Holmes doesn't fall into this trap. 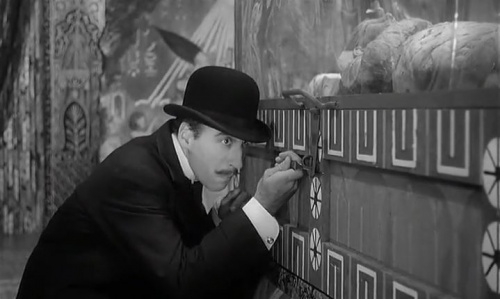 Holmes hooks the loop of the lock with a paper-knife... 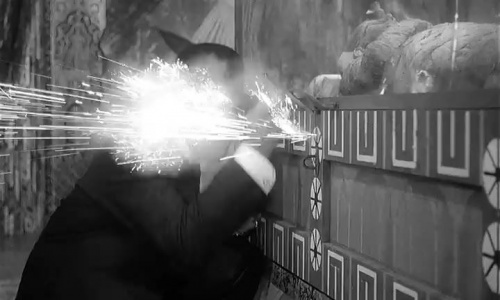 ...and avoids the deadly bullet.
Retrieved from "https://www.imfdb.org/index.php?title=Sherlock_Holmes_and_the_Deadly_Necklace_(Sherlock_Holmes_und_das_Halsband_des_Todes)&oldid=1417652"
Categories: