An former school friends gathered to celebrate the anniversary - fifteen years from the date of graduation, in a suburban hotel. The rooms in the hotel itself turned out to be all occupied, and they stayed in a hunting lodge located nearby. According to the stories of Irina, there is a very dangerous woken up bear wandering around, which has already kill a person. In the evening they have a noisy party. But suddenly, near the house, that terrible bear appears. A shot is heard. But in the skin of a dead bear, characters find one of friends - actor, who has decided to josh other. Now they have to figure out if this was just a coincidence.

Word Shatun (In this context consonant with "Vagrant") named the awakened during the winter bear. It can't continue his sleep and very angry.

The following weapons were used in the television series Shatun: 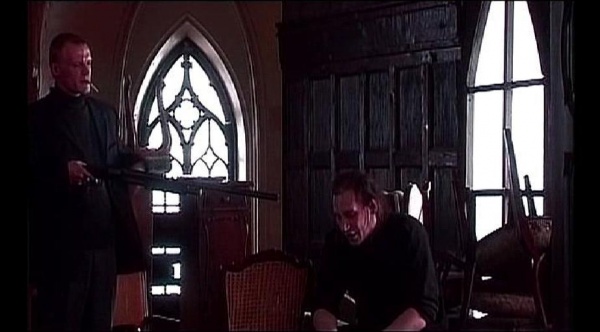 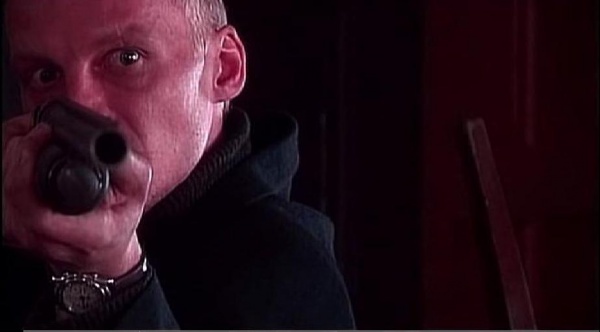 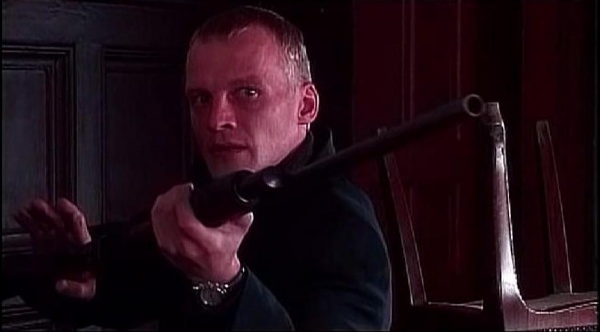 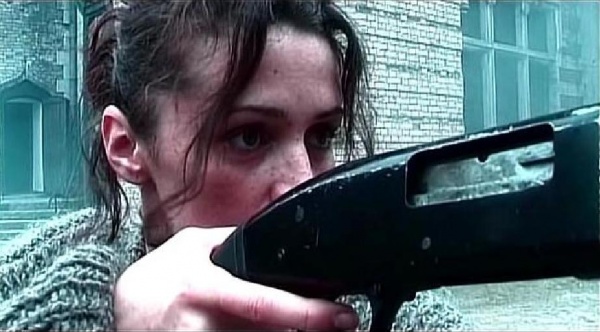 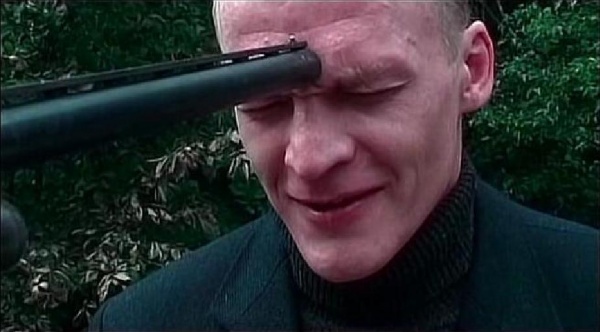 Irina Goncharova (Oksana Fandera) owns an unknown pistol, that also can be seen in the hands of Sergei Zemtsov (Aleksey Serebryakov) and Fedya Belkin (Andrey Tashkov). It resemble the Luger P08. 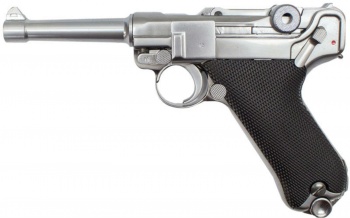 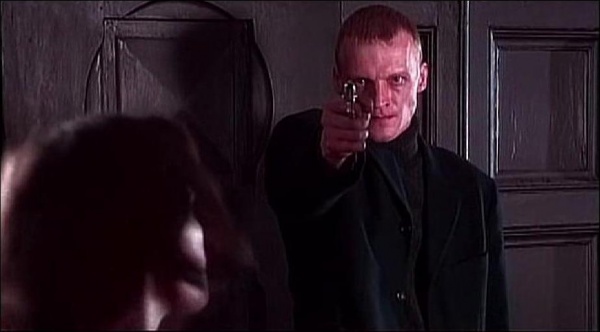 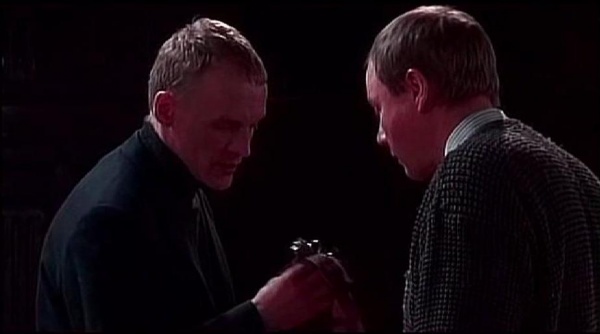 One of the road policemen at the beginning of the film carries a short AK rifle. This is only visible briefly while driving, so a good screenshot cannot be made, but a good guess is the AKS-74U.

Sergei Zemtsov (Aleksey Serebryakov) holds the Mossberg 590 on the alternative movie poster and several disk covers, although instead it in the film was used the Maverick 88.

Mossberg 590 with 5-round magazine tube and speedfeed stock - 12 gauge
Retrieved from "https://www.imfdb.org/index.php?title=Shatun&oldid=1514866"
Categories: