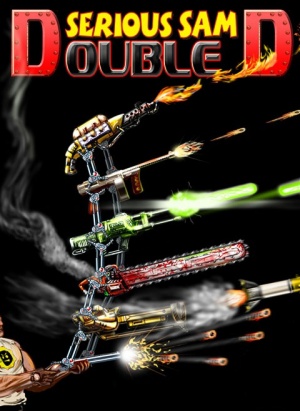 Serious Sam Double D is an Indie 2D shooter/platformer developed by Mommy's Best Games and published by Croteam, the creators of the official Serious Sam series. In this "crazy" and "insane" shooter Sam "Serious" Stone must use the Time-Lock to travel back through time to destroy Mental's army and save humanity's future. During his quest, he is aided by a powerful artifact called the "Gunstacker".

The following weapons can be seen in the video game Serious Sam Double D:

The Nambu Type I is the default weapon in the game. While it is weak compared to the other guns, it is one of the two weapons that have unlimited ammo (other being the Chainsaw). Also, this is the first game in the series to feature an automatic weapon as the default gun. Other difference is that it is not necessary to reload this weapon, while the revolvers in the previous games had to be reloaded after all twelve shots. The "Golden" version (only the HUD icon changes to golden, the actual guns not) has increased damage. The game refers to the gun as "Machine Pistol". 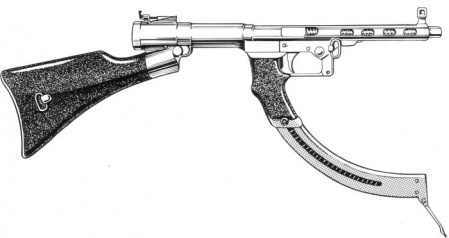 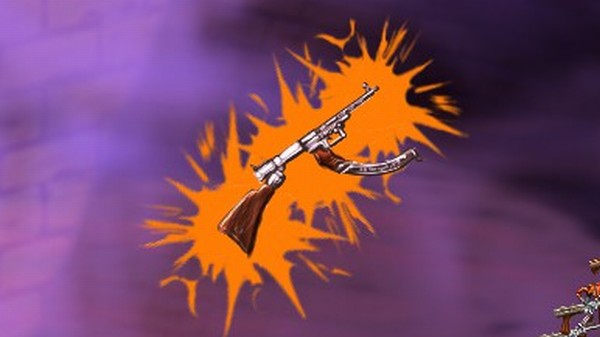 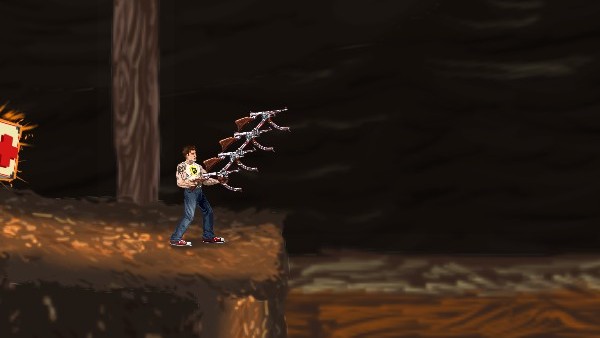 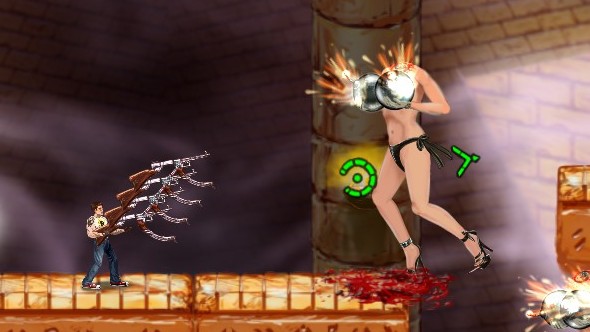 Sam with four "Golden" Type I's while being attacked by a Femikaze. Interestingly, all guns have "Golden" versions, but the weapons only look scaled up, but not golden.

The second weapon to be found in the game is a double barreled shotgun, this time an O/U Shotgun and not a SxS as in the other games. This is one of the most powerful weapons in the game, and has a surprisingly long range. The ammo cap is 100 shells / shotgun equipped. The "Golden" version has unlimited ammo, increased damage, and bigger spread radius. 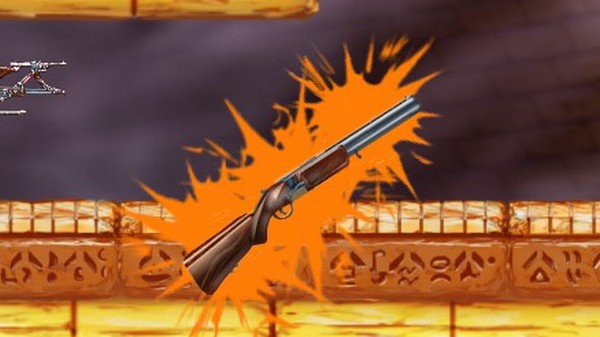 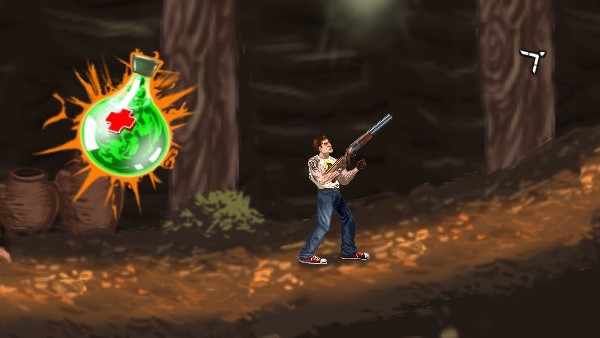 The reloading animation is incorrect, because Sam inserts some shells as if the gun had a tubular magazine. Also, "pumping" sound is played after Sam has inserted the shells. 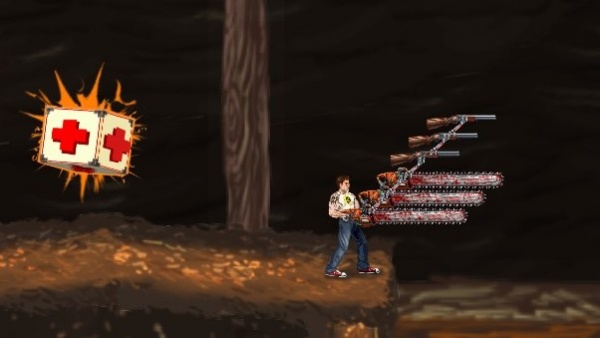 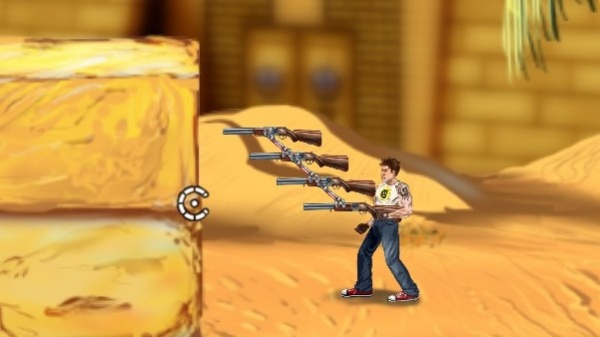 Sam with four shotguns clipped together. If Sam uses two or more shotguns, there is no reload animation, only a little delay between shots. 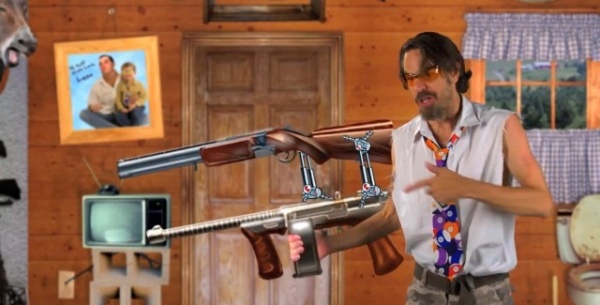 A shotgun mounted onto a Tommy Gun as seen in the "Gunstacker" trailer.

The Tommy Gun is the only non-fictional weapon that returns from the Serious Sam franchise. Shown in the same configuration as in The First / Second Encounter - with butt-stock removed and slightly longer barrel. Maximum ammo is 200 rounds / weapon equipped, which is not much, especially if the player uses four Tommy Guns at the same time. The "Golden" version has increased rate of fire, damage, and of course, infinite ammunition. 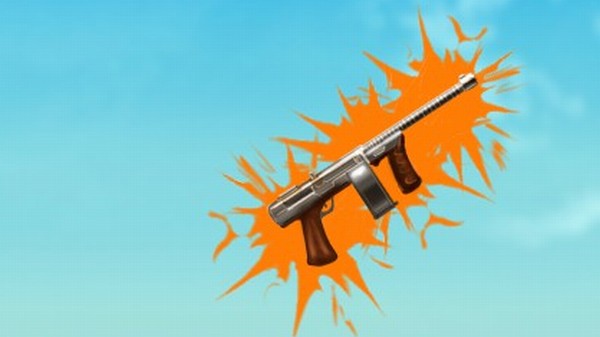 Tommy Gun - Note how the pistol grip and trigger housing were moved to the back of the receiver. A very similar Thompson can be seen in Bioshock 2. 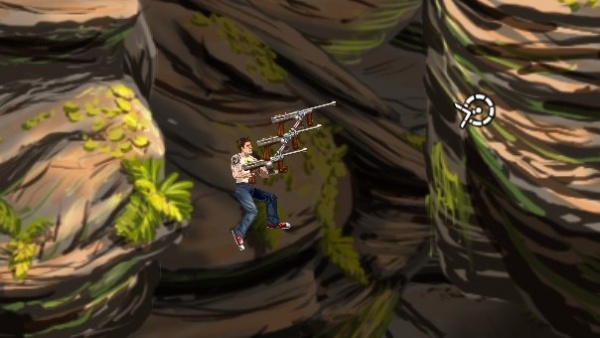 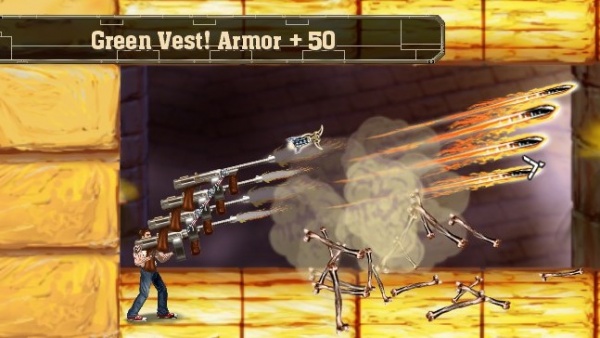 A better shot of the Tommy Gun from the "Gunstacker" trailer.
Retrieved from "https://www.imfdb.org/index.php?title=Serious_Sam_Double_D&oldid=1207090"
Categories: