The following weapons were used in the film Scorpio:

The Colt Detective Special is used by various characters throughout the movie. In particular it is the only revolver used by Cross (Burt Lancaster) and another C.I.A. agent known only as Harris (James B. Sikking). 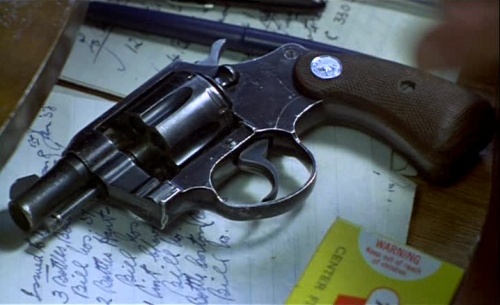 Cross (Burt Lancaster) retrieves his Colt Detective Special before the fun begins. Note the odd shortened cylinder. Possibly because this particular model has been adapted for blanks? 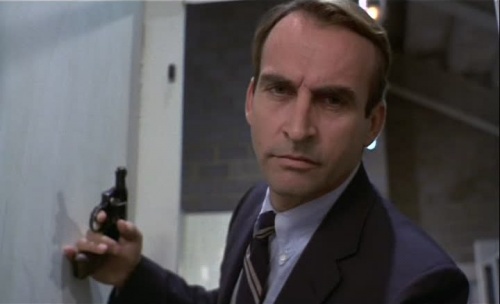 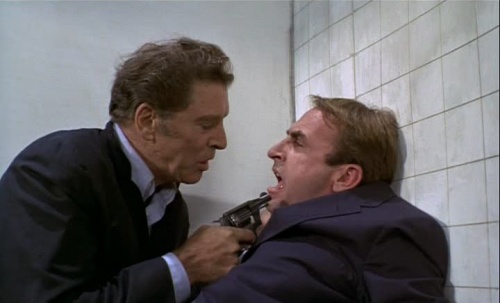 Cross's wife Sarah (Joanne Linville) retrieves a Colt Marshall from her car's glove-box when she realizes that there are intruders in their house. 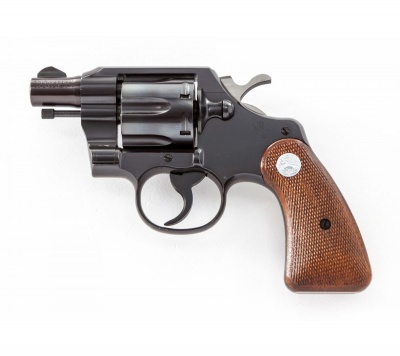 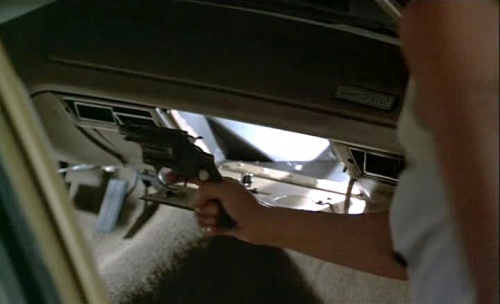 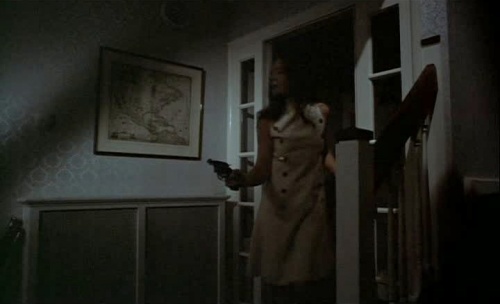 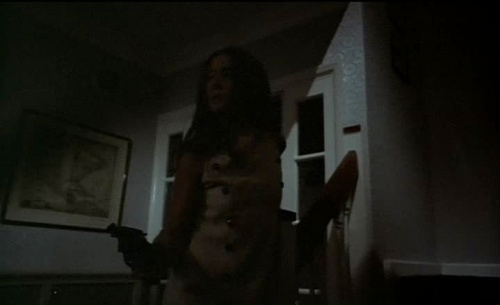 The M1911A1 Goverment is Scorpio's (Alain Delon) weapon of choice throughout the movie. 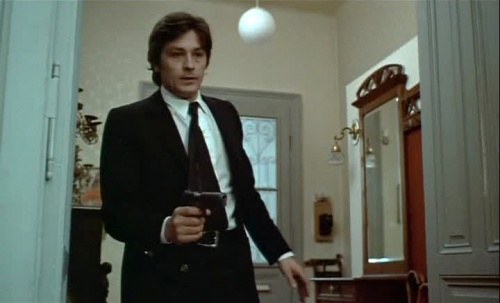 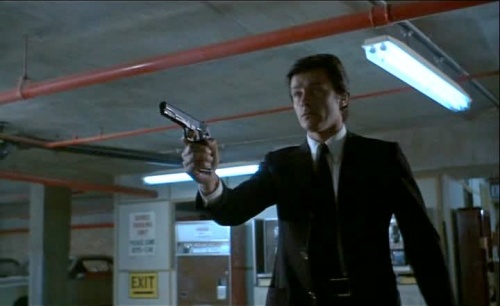 The Walther P38 is used by one of the C.I.A. agents hunting for Cross (Burt Lancaster) and also by Cross's friend Zharkov (Paul Scofield). 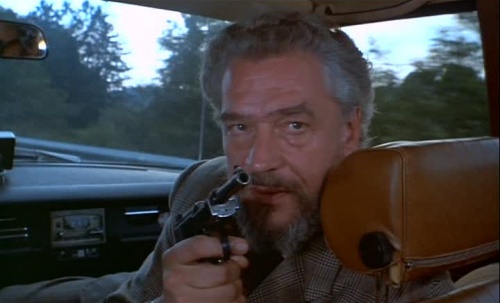 Zharkov (Paul Scofield) gets the drop on an enemy agent. 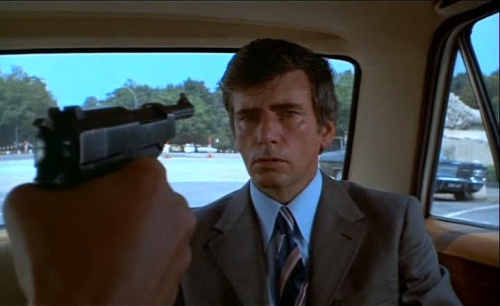 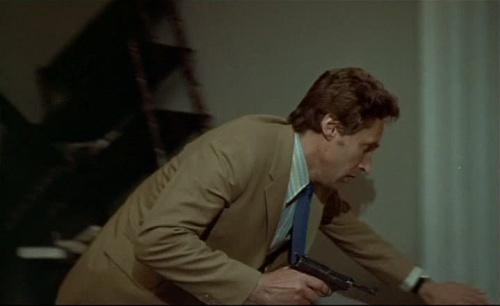 Jean Laurier (a.k.a. "Scorpio") (Alain Delon) uses an M1 Carbine at the beginning of the movie to take out a target. 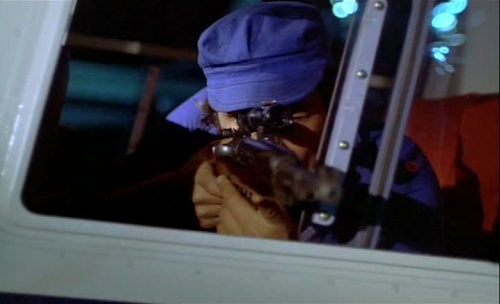