The SPG-9 Kopye (Spear) is a Soviet-designed 73mm recoilless rifle (more correctly recoilless gun, as it is a smoothbore) that first entered service in 1962. In service with the militaries of many communist and ex-communist states, the SPG-9 is also manufactured in China, Egypt, Iran and Pakistan. 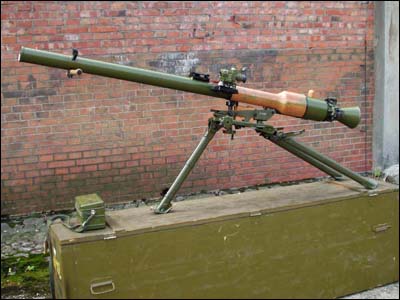 The SPG-9 recoilless rifle and variants can be seen in the following films, television series, video games, and anime used by the following actors: