Hickey & Boggs is a 1972 crime noir that reunited I Spy stars Robert Culp and Bill Cosby as L.A. private detectives who are hired to locate a missing woman. The film was written by Walter Hill and was directed by Robert Culp.

The following weapons were used in the film Hickey & Boggs:

Frank Boggs (Robert Culp) carries a Smith & Wesson Model 29 as his sidearm throughout the film. Al Hickey (Bill Cosby) also uses it at one point. 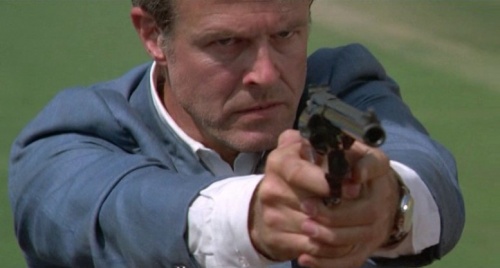 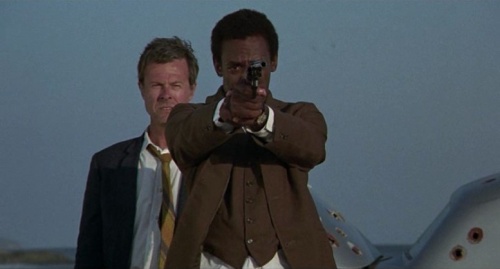 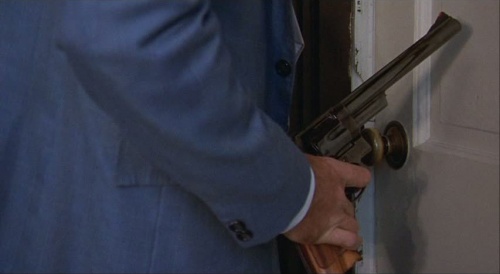 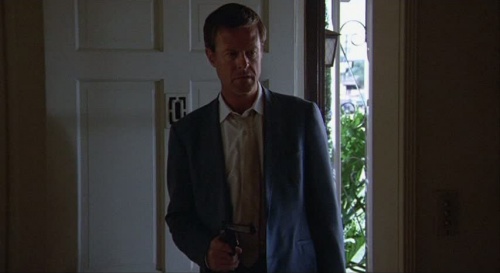 Boggs (Robert Culp) with his Smith & Wesson Model 29 at the ready. 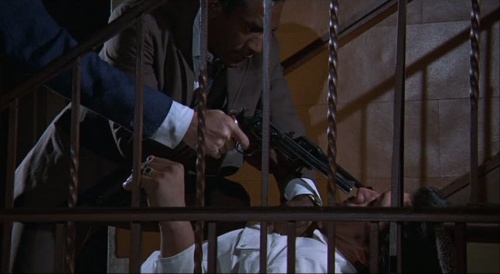 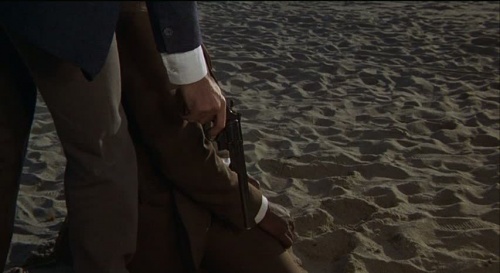 Boggs checks that the revolver is empty. 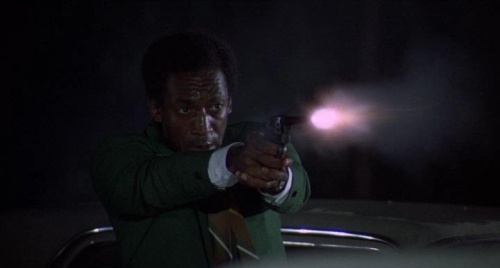 Al Hickey (Bill Cosby) uses the Colt Official Police during the parking lot shootout. He does an excellent job not flinching. 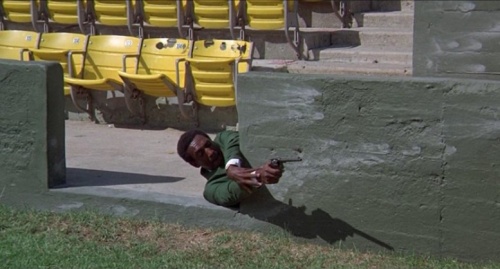 Hickey with the Colt during the stadium shootout. 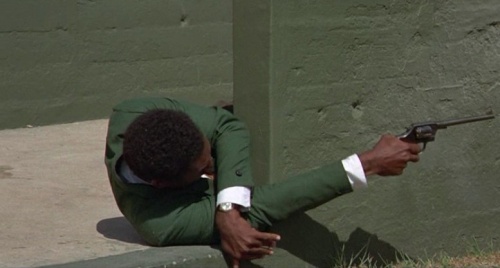 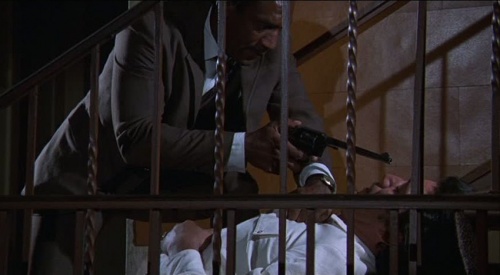 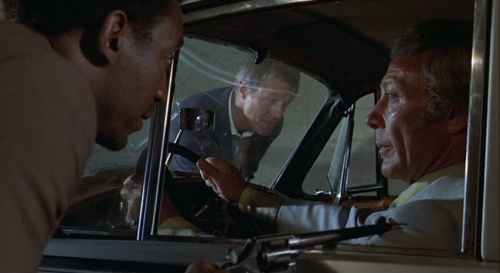 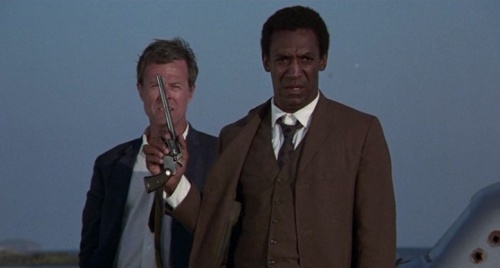 Hickey gives up his Colt to Boggs.

Nick (Tom Signorelli) is seen pulling a Colt Commander when entering an apartment. 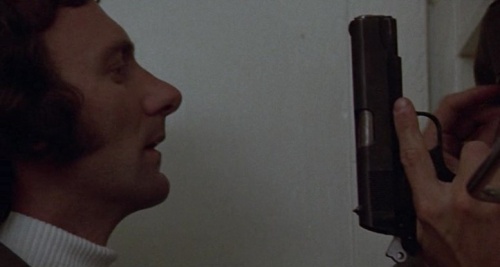 Nick (Tom Signorelli) is seen pulling a Colt Commander when entering an apartment. 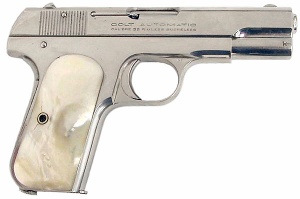 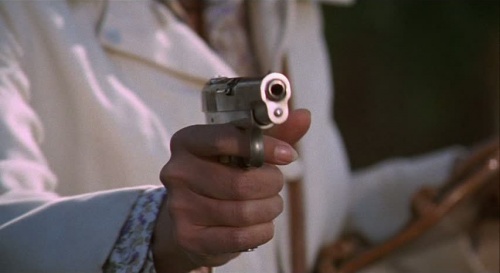 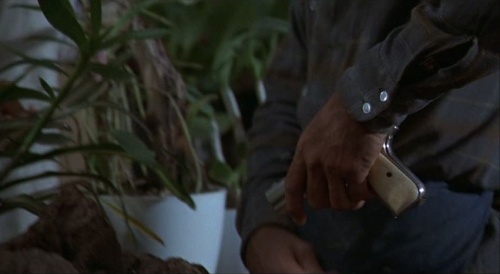 One of the mob soldiers, Monte (Bill Hickman), carries a Smith & Wesson Model 10 Snubnose with the roundbutt. 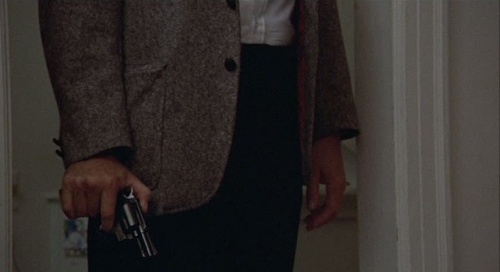 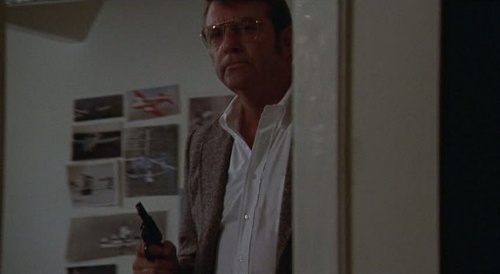 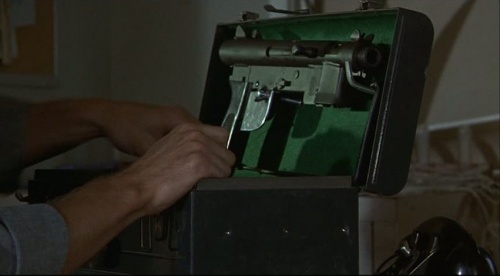 Nick(Tom Signorelli) gets his Smith & Wesson M76 out of storage when the job comes in. 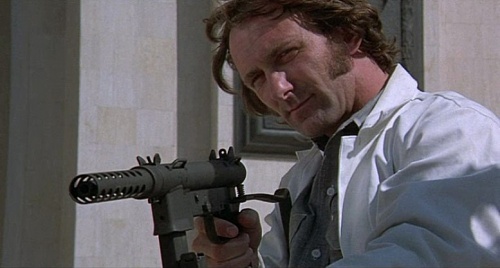 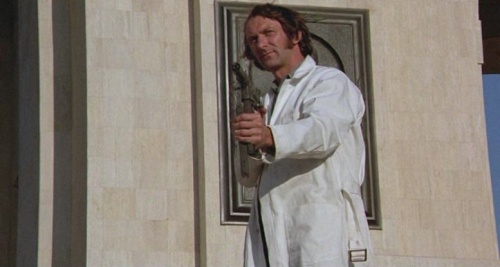 At the end two of the black revolutionaries take on Ballard with M1 Carbines. 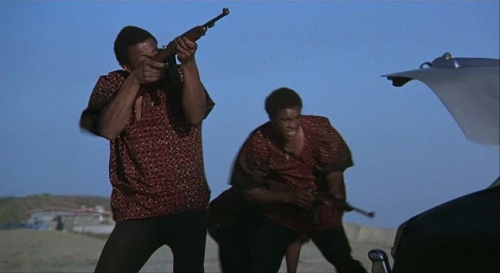 Ballard (Michael Moriarty) is seen firing an M60 from a helicopter at the film's climax. 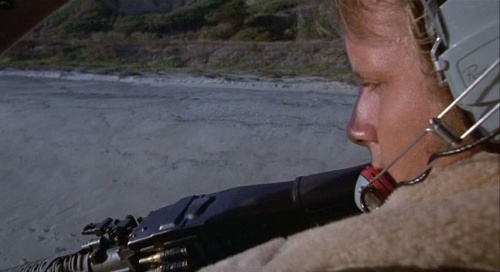 Close-up of the M60. Note the blank cartridges. 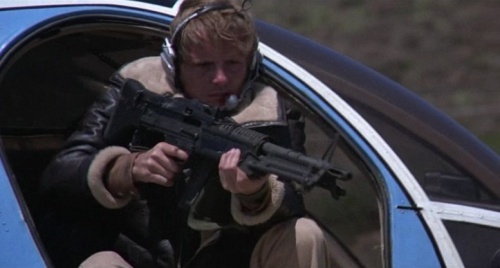