Road to Hell (Doroga v ad) is a 1988 Soviet made for TV two part crime movie directed by Nikolay Zaseev-Rudenko. Drug dealers try to involve Katya and Aleksey in their dirty business. But despite being threatened, they refuse the proposal and help Soviet and Czechoslovak law enforcement servicies to reveal the entire chain of drug trafficking.

The following weapons were used in the film Road to Hell (Doroga v ad): 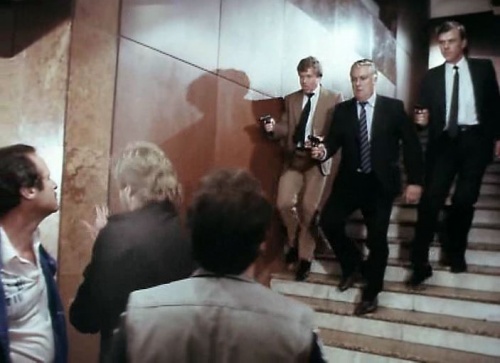 In the scene of the arrest of drug couriers PMs are used by law enforcement officers: Soviet Militsiya Col. Nikolay Stepanovich Goncharov (Romualds Ancans) (at the right) and Czechoslovak Veřejná bezpečnost Lt.Col. Václav Ševčík (Nikolay Zaseev-Rudenko) (in center) and his unnamed colleague (Igor Chernitskiy) (at the left). 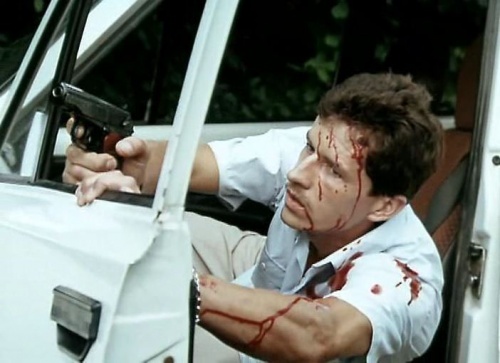 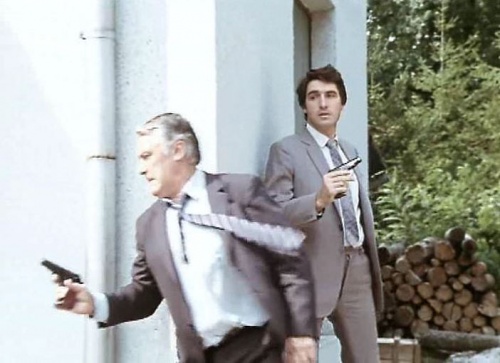 Lt.Col. Václav Ševčík and another operative (Anatoli Pereverzev) with PMs. 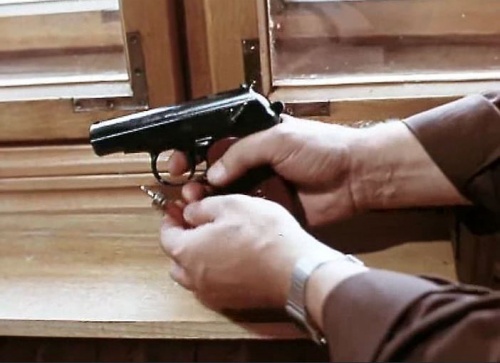 Marta Cholman's henchman with a PM. 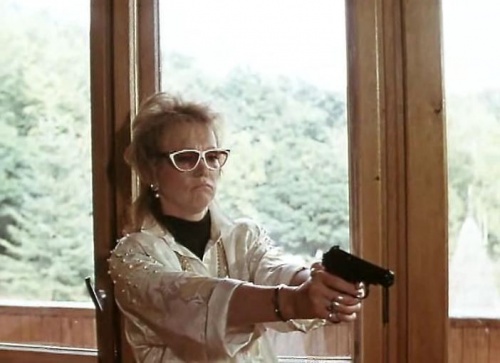 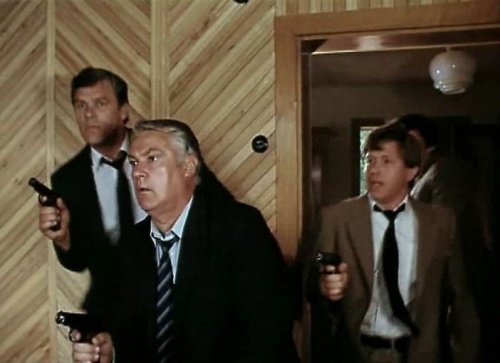 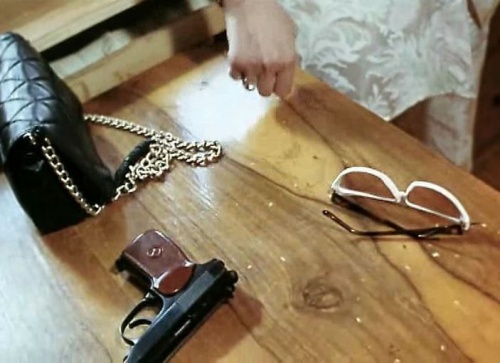 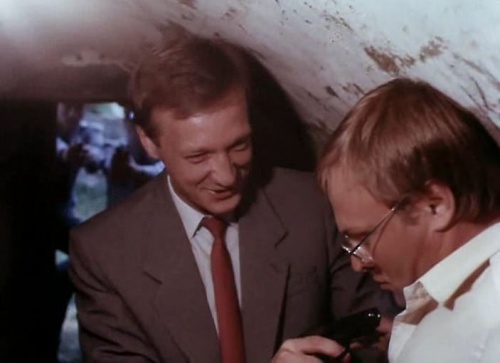 A drug mafia gunman use AKS-74U. 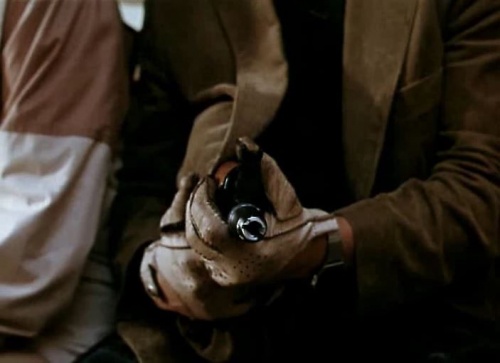 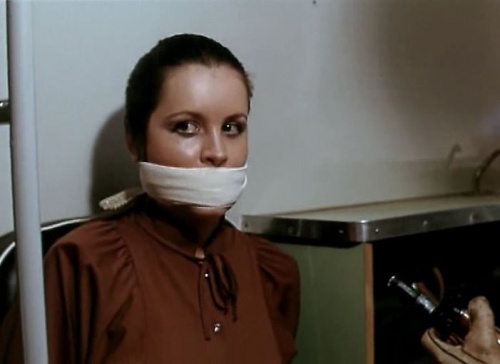 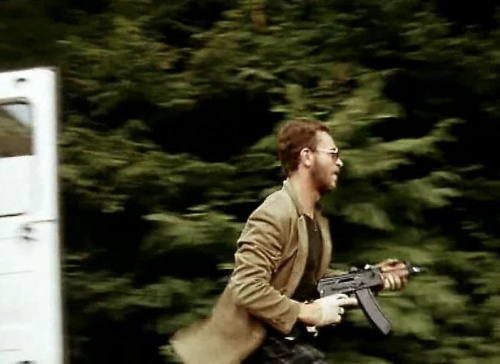 The gunman runs with his weapon. 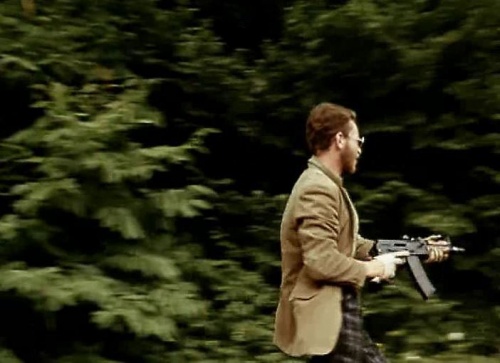 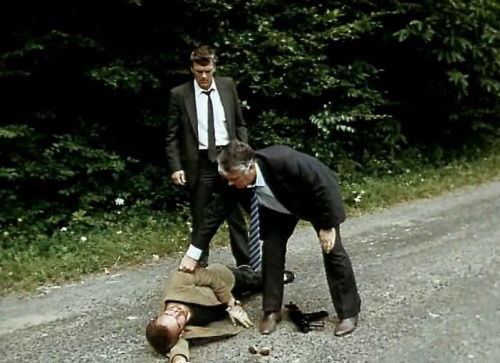 The AKS-74U on the ground next to killed gunman. 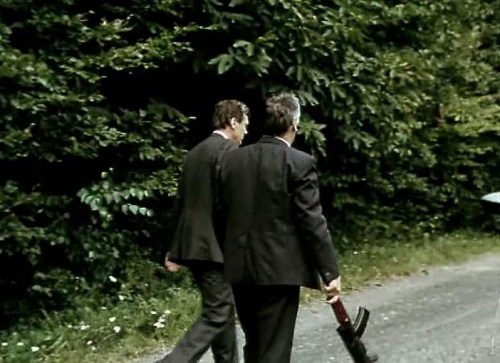 AKMS assault rifles are seen in hands of Militsiya personnel during the operation against the drug lab. 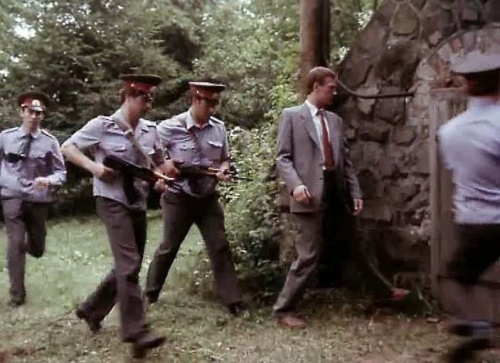 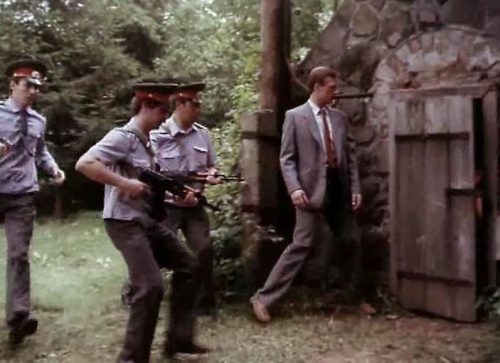 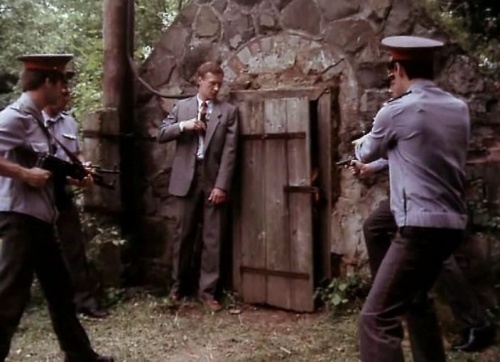 Militsiya personnel with AKMS and PMs.
Retrieved from "https://www.imfdb.org/index.php?title=Road_to_Hell_(Doroga_v_ad)&oldid=1242118"
Categories: