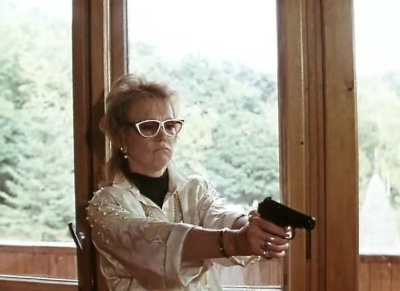 Lyudmila Markovna Gurchenko (November 12, 1935 - March 30, 2011) was a well known Soviet and Russian actress, singer and entertainer. She starred in leading roles in many popular comedies and musicals, starting with Carnival Night (1956). She was awarded the title of People's Artist of the USSR in 1983.