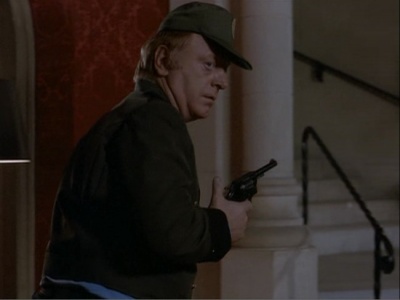 Robert Gene "Red" West (1936-2017) was an American actor and songwriter who was a close friend of Elvis Presley and a member of his so-called "Memphis Mafia". A former US Marine, Red went on to appear to such films as Road House, Walking Tall (1973), and The Rainmaker in addition to his role as Andy Micklin in the series Baa Baa Black Sheep.