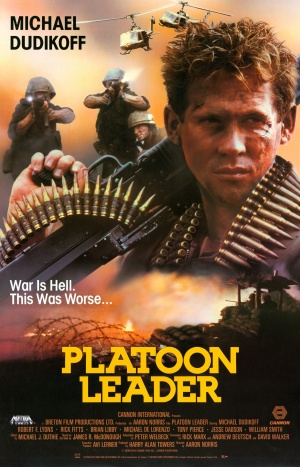 Platoon Leader is a 1988 Vietnam War film starring Michael Dudikoff as Jeffrey Knight, a US Army lieutenant freshly graduated from West Point and who is assigned to a forward base in Vietnam. The film was an adaptation of the memoirs written by James R. McDonough and was produced by B-movie studio Cannon Films, likely to capitalize on the popularity of Vietnam War-themed features in the late 1980s. Platoon Leader also was directed by Aaron Norris and marked the only film he helmed that did not star his brother Chuck.

The following weapons were used in the film Platoon Leader:

The M16A1 rifle, sometimes loaded with (anachronistic) 30-round magazines, is the primary rifle carried by US forces in the film, notably by Lt. Jeffrey Knight (Michael Dudikoff). 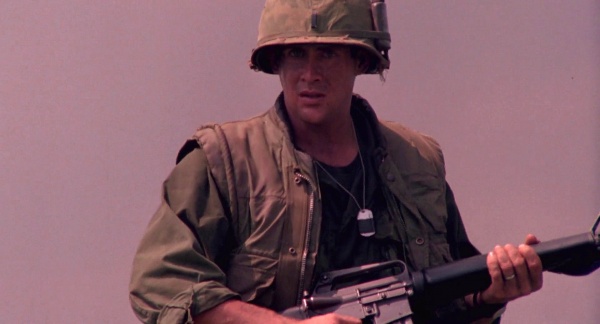 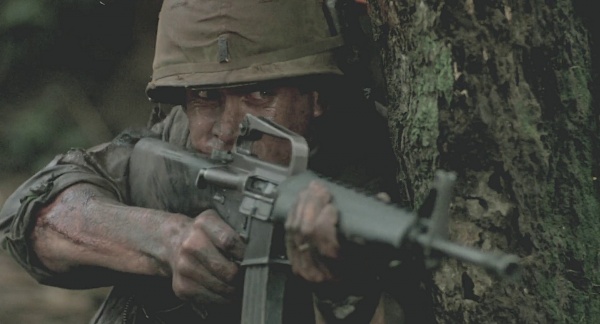 Some members of the unit carry M16 (SP1) rifles instead of the A1 model. 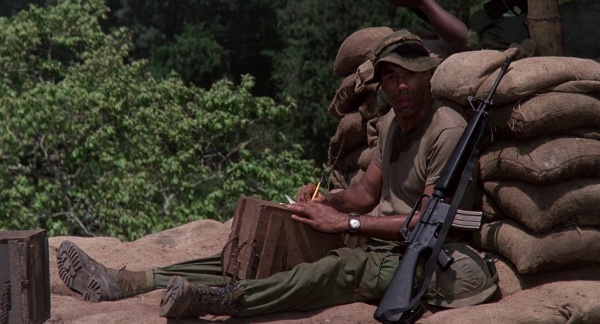 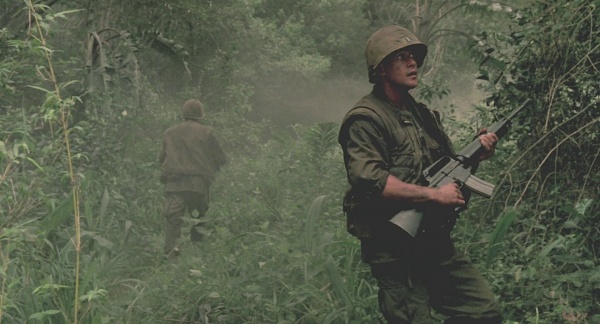 The "slab side" M16 (SP1) rifle is carried by Lt. Jeffrey Knight (Michael Dudikoff) instead of an M16A1.

Sgt. Michael McNamara (Robert F. Lyons) carries a carbine that resembles a Colt Sporter II Lightweight that has been fitted with a fixed A2-style buttstock. 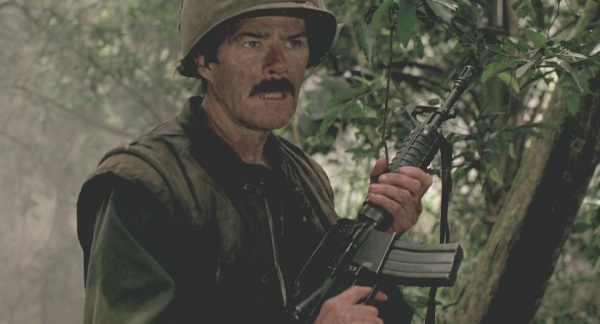 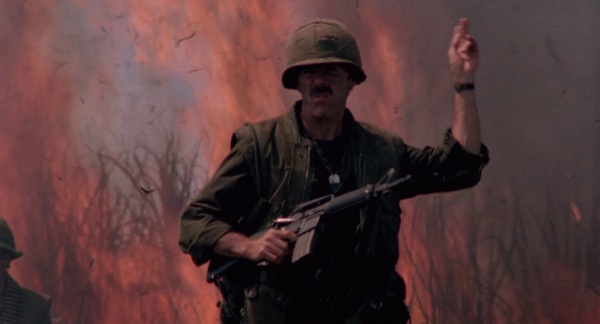 Sgt. McNamara (Robert F. Lyons) with his carbine. Note the fixed buttstock was used instead of an adjustable variant. 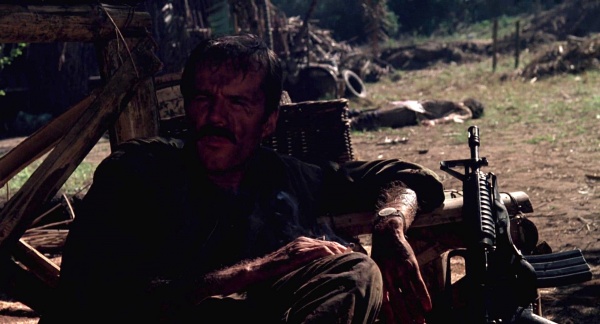 The carbine is seen at the right.

VC and NVA forces are armed with Norinco Type 56 rifles throughout the film. 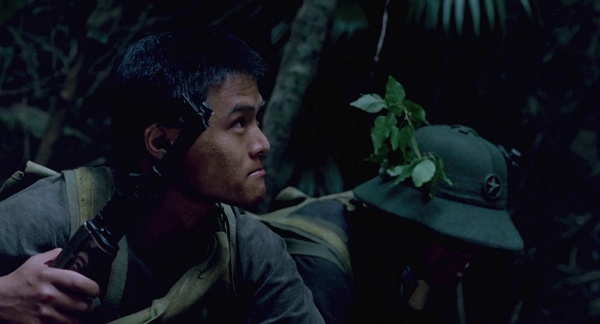 NVA troops with their rifles.

Norinco Type 84S "Target" Rifle - 5.56x45mm. Basically a standard Norinco Type 84S with a slightly longer barrel. This variant was ready for market just as the 1989 US import ban was implemented, so it is mostly seen in Canada. It has an 18.5" barrel and was very rarely seen in the U.S. Gun market. 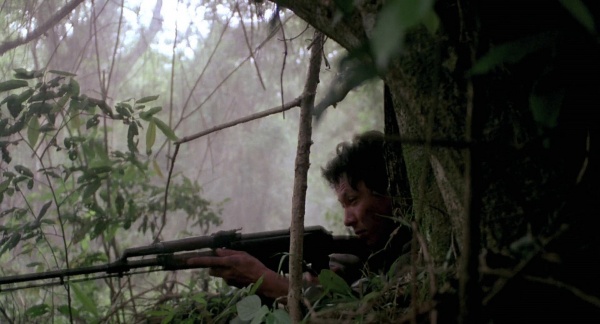 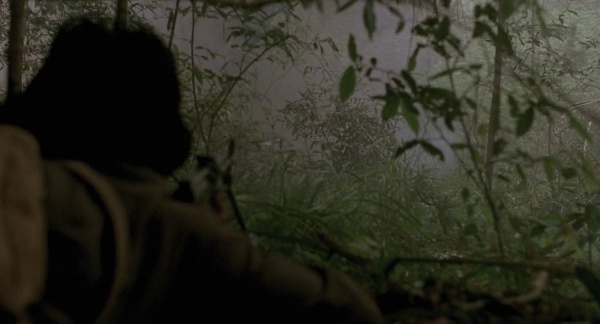 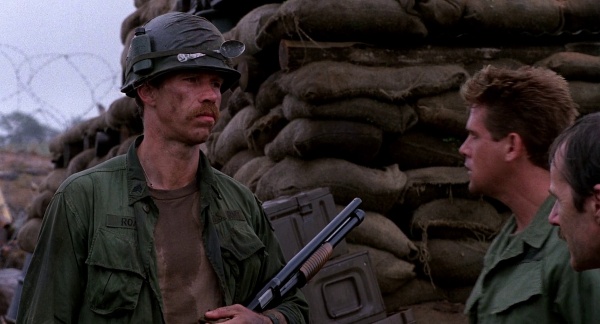 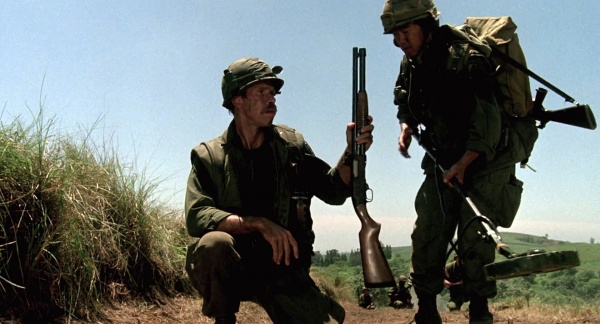 Sgt. "Roach" (Brian Libby) hands off his Winchester 1300 shotgun in order to disarm a landmine.

Lt. Knight carries a Browning Hi-Power as his sidearm. He draws the pistol when confronting Private Raymond Bacera (Michael DeLorenzo). 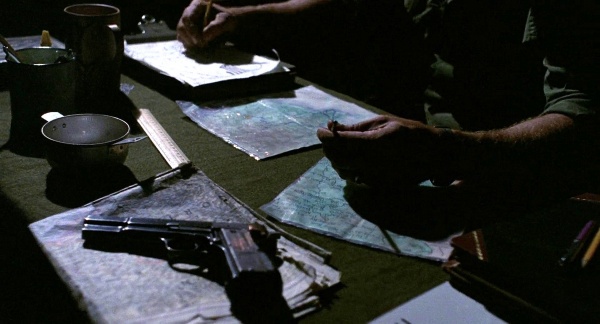 The Browning Hi-Power pistol is seen on a table in Knight's tent. 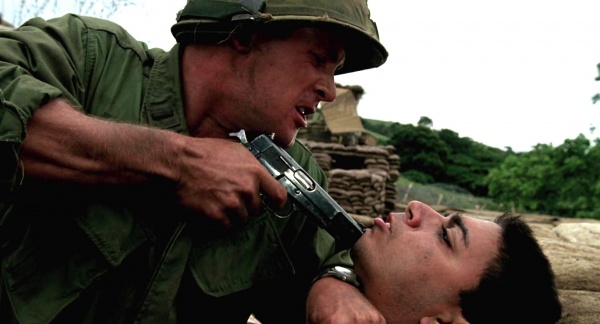 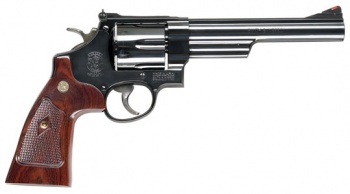 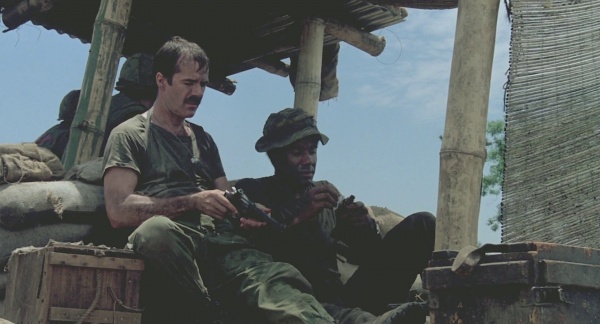 The revolver is cleaned by Sgt. McNamara. 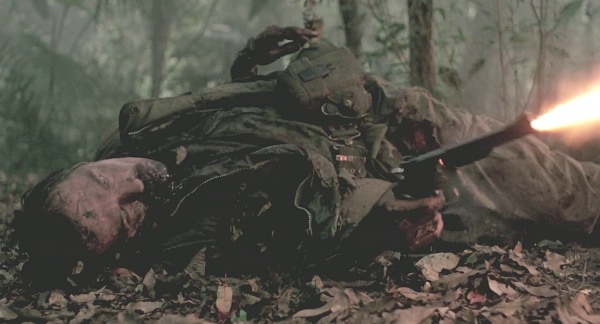 The revolver is used by a wounded Sgt. McNamara.

The M60 machine gun is primarily carried by Jan Shultz (Tony Pierce) as well as mounted as door guns on Huey helicopters. 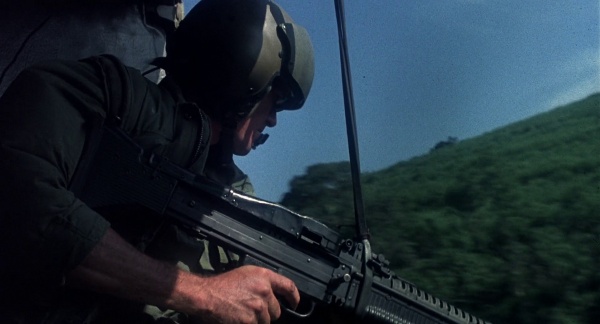 A helicopter doorgunner operates the M60. 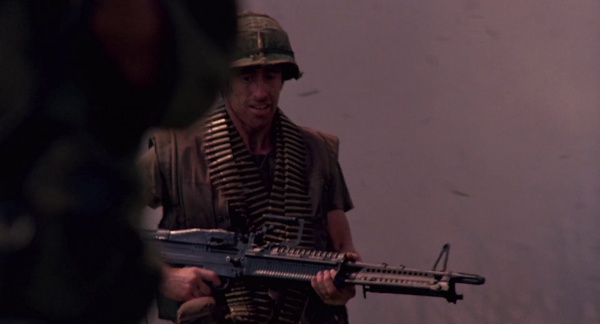 A Browning M2HB heavy machine gun is seen at the forward base. 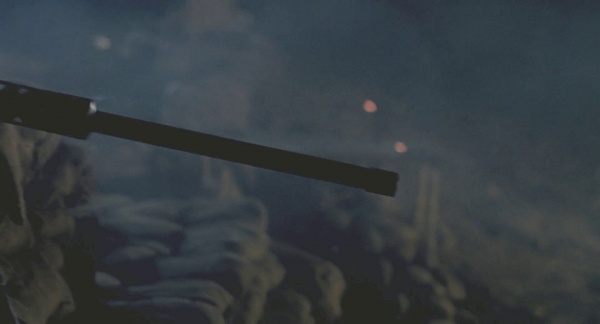 The Browning M2 about to be fired during a VC attack. 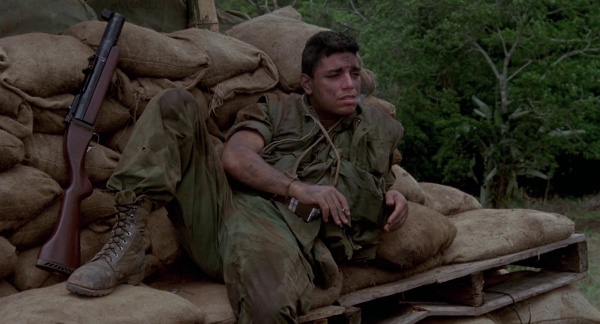 The M79 Grenade Launcher is seen next to Private Raymond Bacera (Michael DeLorenzo). 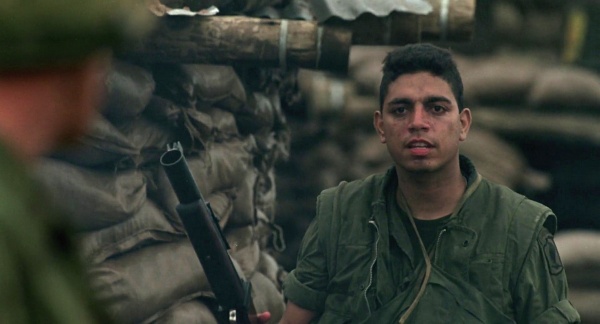 The M26 Hand Grenade is carried by US troops. 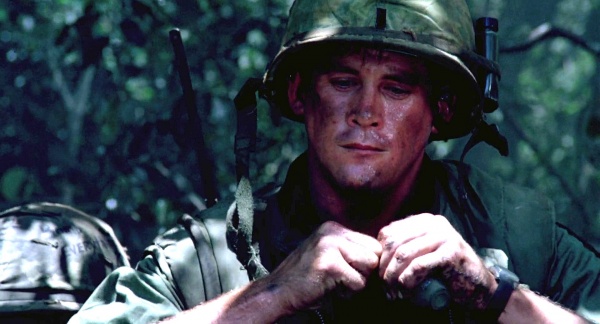 Lt. Knight about to pull the pin on the M26 grenade. 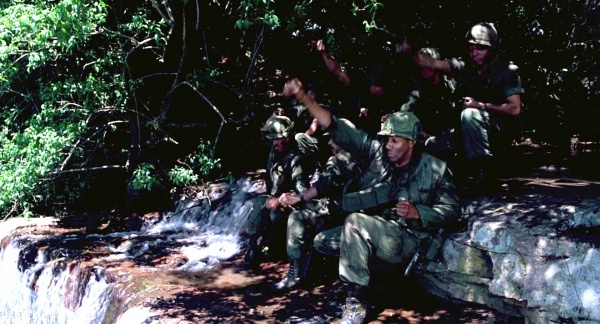 The unit toss their M26 grenades.

M72 LAWs are carried by members of the platoon. 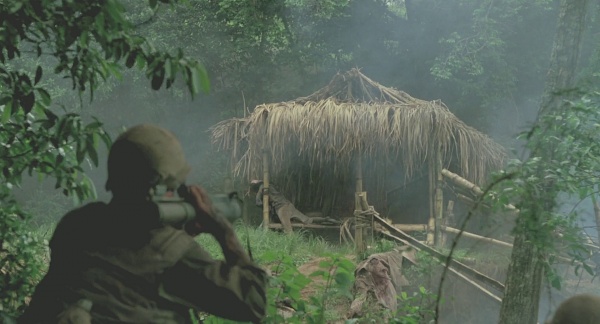 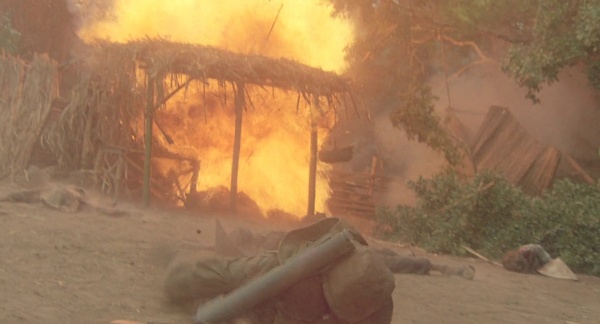 The M72 LAW is seen carried by the downed soldier.
Retrieved from "https://www.imfdb.org/index.php?title=Platoon_Leader&oldid=1282589"
Categories: