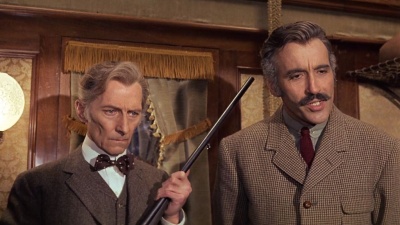 Peter Cushing (1913-1994) was an English actor who starred in numerous Hammer horror films, but also was known for his roles as Sherlock Holmes in The Hound of the Baskervilles (1959) and 1968 TV series and Grand Moff Tarkin in the original Star Wars.