Guns used in the film Island of Terror, a 1966 British horror film wherein a lab accident on an Irish island unleashes a horde of "Silicate" monsters that suck out human skeletons to feed. 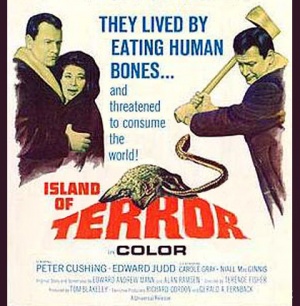 Various kinds of double-barreled "break-top" shotguns are used by characters throughout. 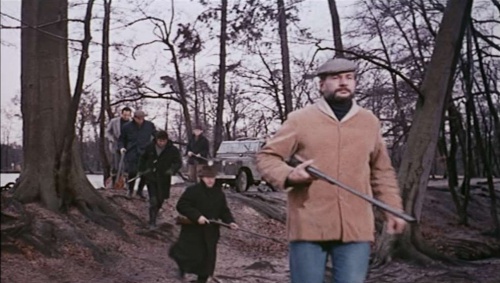 Farmers with shotguns head to confront the Silicates. 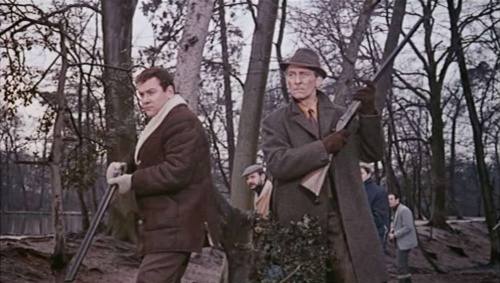 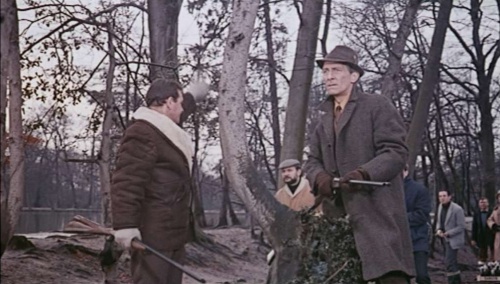 West waves the farmers back after gunshots have no effect on the Silicates, giving a side view of his shotgun. 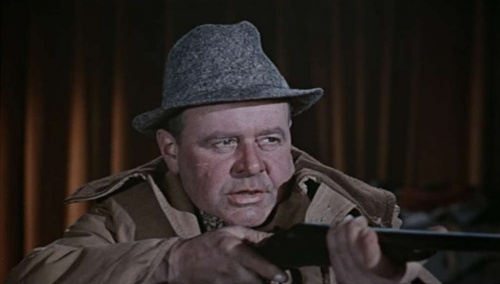 "I'll shoot anyone that moves!" Island boss Roger Campbell (Niall MacGinnis) tries to prevent the panicking townspeople from rushing outside to certain death. 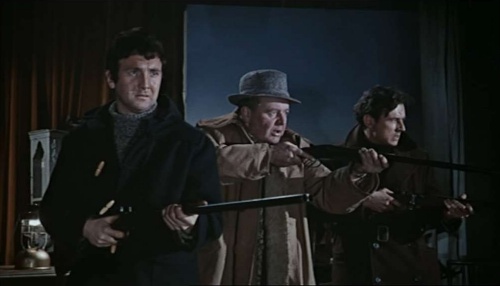 Campbell keeps his shotgun up, flanked by his men Argyle (James Caffrey) and Dunley (Roger Heathcote). 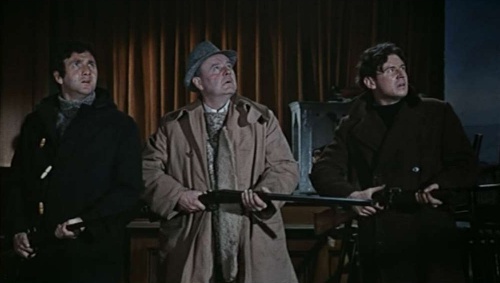 Argyle, Campbell and Dunley watch helplessly as a Silicate crashes through a skylight. 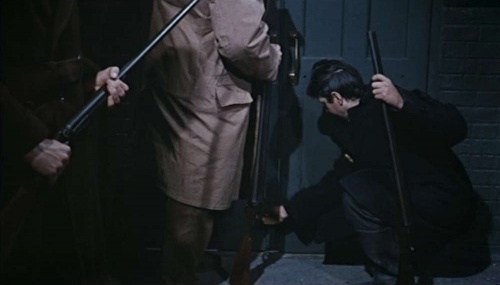 Campbell and Argyle lock the door while Dunley (left) stands at the ready with his shotgun.
Retrieved from "https://www.imfdb.org/index.php?title=Island_of_Terror&oldid=348117"
Categories: