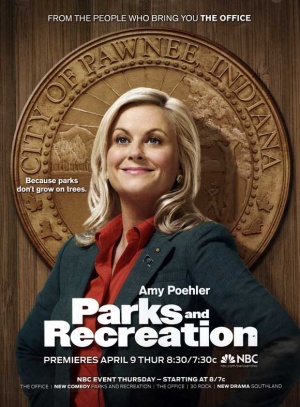 The following weapons were used in the television series Parks and Recreation: 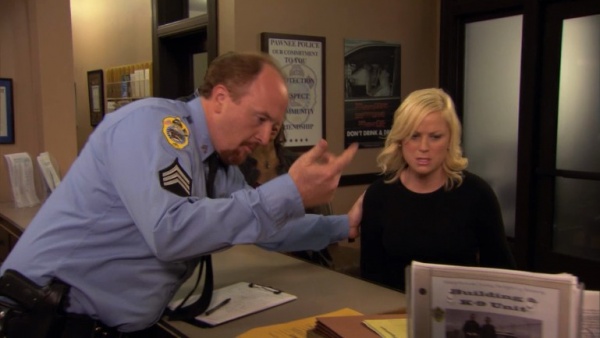 Sanderson's Beretta 92FS can be seen in his holster.

When Venezuelan officials come to Pawnee in "Sister City" (S02E05), the Venezuelan General (Fred Armisen) presents Leslie Knope (Amy Poehler) with a gold plated, engraved Smith & Wesson Model 15 with ivory grips. It is said to be a replica of the gun Hugo Chavez used to start the Venezuelan Revolution. Ron Swanson (Nick Offerman) says that although he completely disapproves of the Venezuelan government, he very much likes the gun they gave the city, which he excitedly practices aiming. 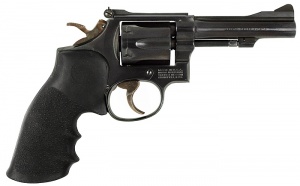 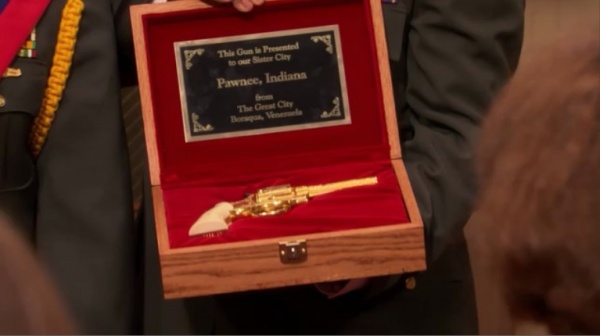 The Model 15 in its presentation box. 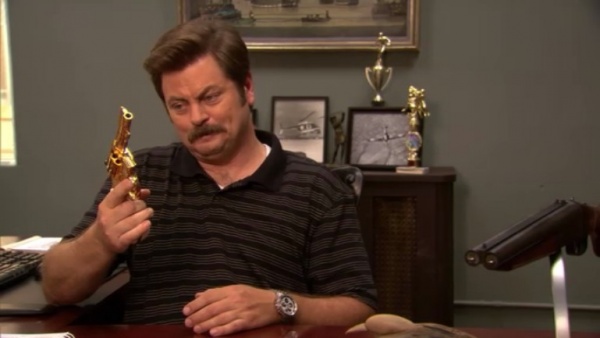 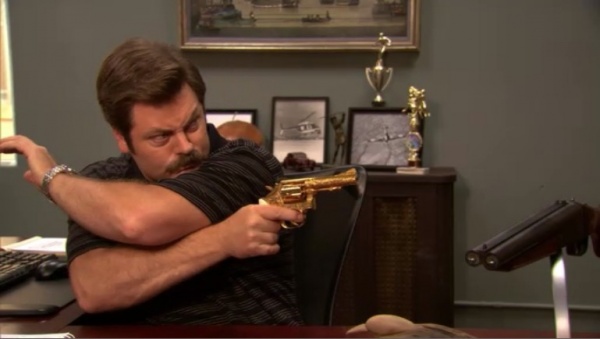 Ron gives April Ludgate (Aubrey Plaza) a two-tone SIG-Sauer Mosquito for her 21st birthday in the extended cut of "Master Plan" (S02E23). He goes into a lot of detail describing it. He later admits he was re-gifting it. 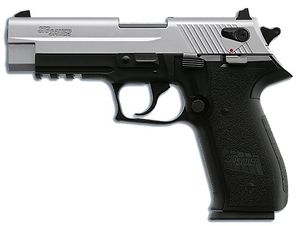 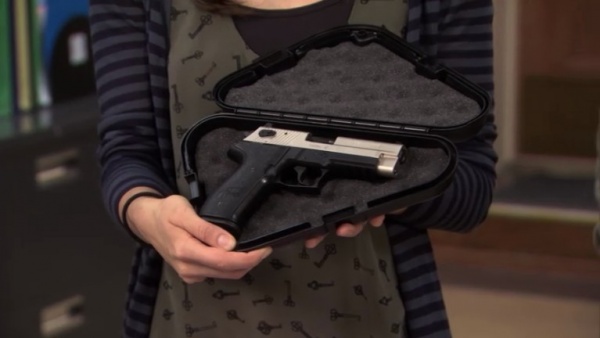 "That there is a SIG-Sauer .22 caliber Mosquito manufactured in Switzerland for their pussy police force. This two-toned lightweight model is perfect for a skinny little thing like you." 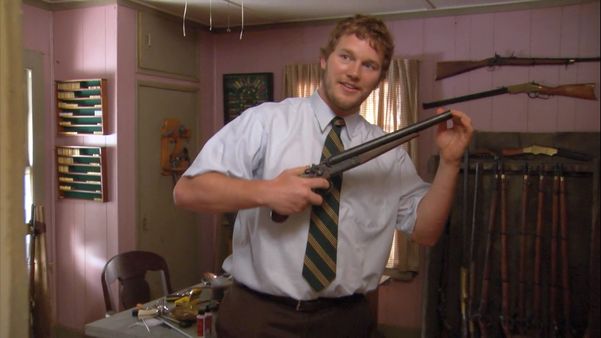 The sawed off "Yellow Boy" is visible at the top of the gun rack on the right.

The Henry rifle is visible the lower of the two rifles hung on the wall.

Ron Swanson (Nick Offerman), Director of the Department of Parks and Recreation, keeps a deactivated Sawn-off Double Barreled Shotgun mounted on a swivel on his desk. The shotgun belonged to a local bootlegger and represents Ron's opinion of government. He points the gun at people in his office asking him for things, making them "stare down the barrel." Andy Dwyer (Chris Pratt) also plays with a sawed-off shotgun when he, April and Leslie visit Ron's mother. 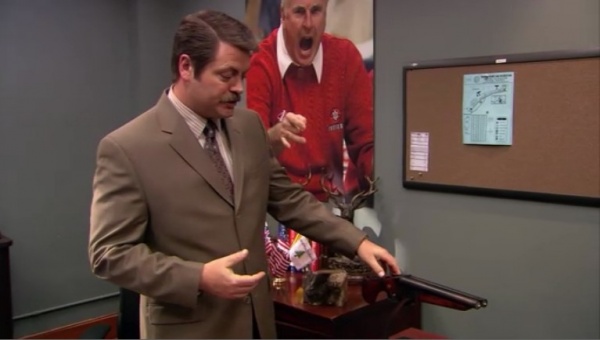 Ron Swanson with his deactivated shotgun. The plugged barrels are visible. 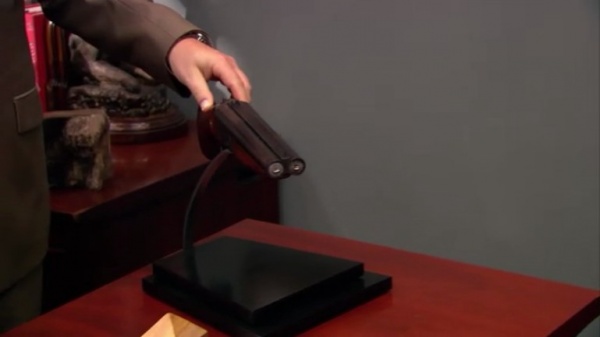 A close-up of the shotgun.

Andy plays with a sawed-off shotgun at Ron's mother's place. 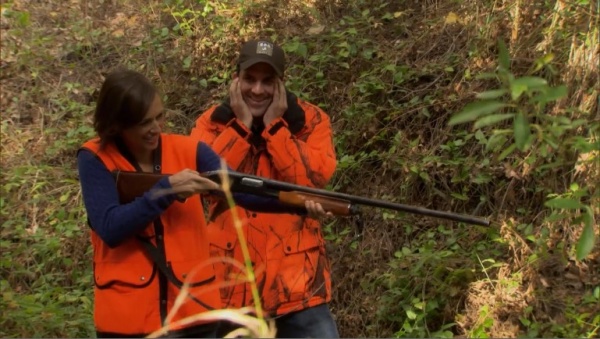 Ann practices with the Remington 870 as Mark looks on. 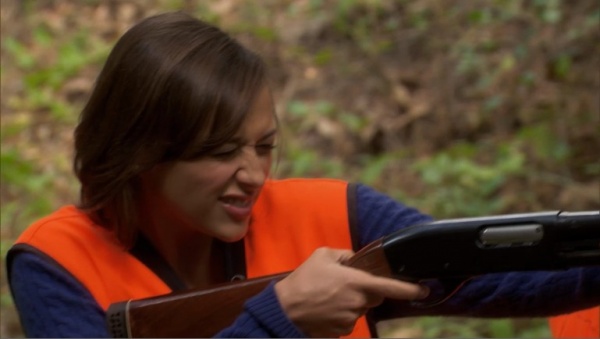 A closer shot of the receiver. 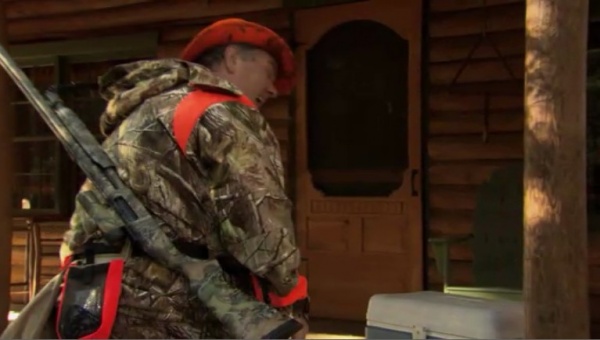 Jerry with his tricked out 870. 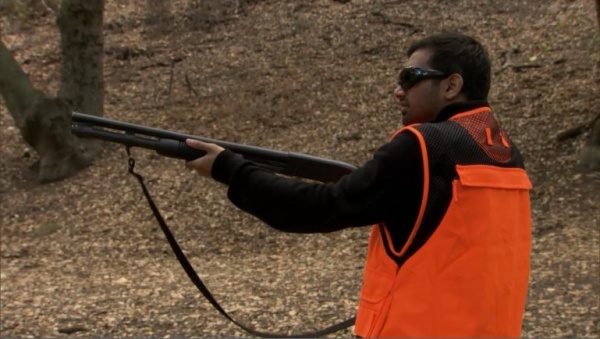 Tom shoots at a bird. 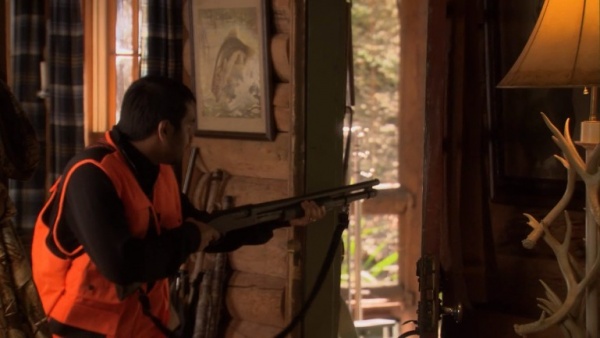 Tom shoots at a person.

Ron Swanson (Nick Offerman) uses a Side by Side Shotgun in "Hunting Trip" (S02E10). 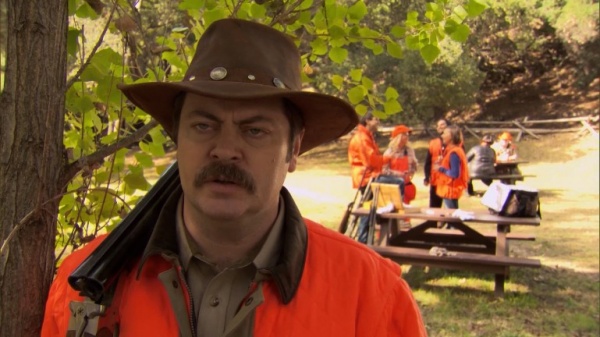 Ron does a talking head with his shotgun, breech open, of course. 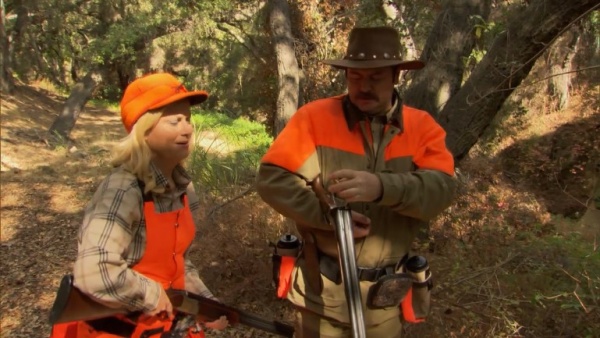 Leslie Knope (Amy Poehler) uses an Over and Under Shotgun in "Hunting Trip" (S02E10).

Over and Under Shotgun - 12 gauge 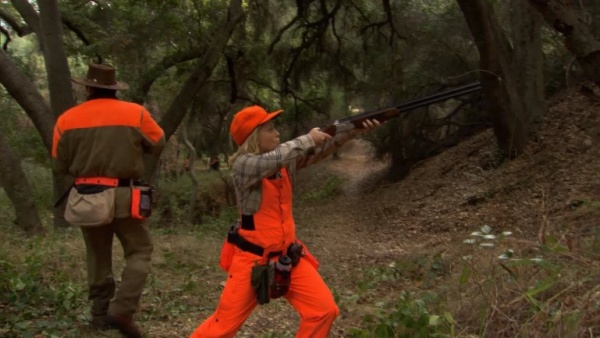 Leslie takes down a quail with her shotgun.

In addition to his sawed-off shotgun, Ron also keeps a (presumably) deactivated M18A1 Claymore antipersonnel mine on his desk. Like the shotgun, it faces whoever is talking to Ron. 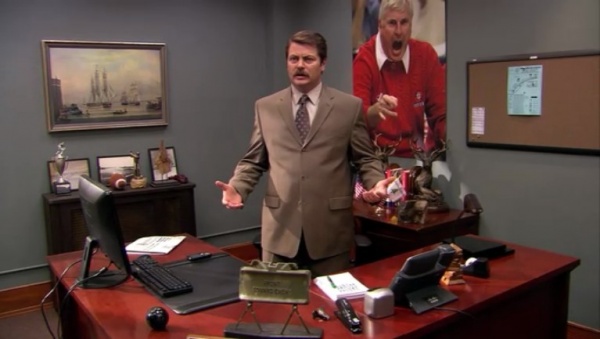 Ron's Claymore is front and center.
Retrieved from "https://www.imfdb.org/index.php?title=Parks_and_Recreation&oldid=1126395"
Categories: