Parker is a 2013 American action film starring Jason Statham as the title character, a master criminal who finds himself betrayed and left for dead by his robbery crew. The film is an adaptation of the novel Flashfire, the 19th of 29 Parker novels written by Donald Westlake under the pseudonym of Richard Stark. The Parker novels were previously adapted in the films Point Blank, Full Contact, and Payback, but this was the first film where the Parker name was actually used for the character. The film was directed by Taylor Hackford (Against All Odds, Proof of Life) and the cast included Jennifer Lopez, Emma Booth, Nick Nolte, and Michael Chiklis.

The following weapons were used in the film Parker:

Ross (Clifton Collins Jr.) carries a Double Barreled Shotgun to the Ohio State Fair robbery. The barrels have been cut short and the shoulder stock removed.

Ross (Clifton Collins Jr.) with his shotgun during the Ohio State Fair robbery.

Ross reaches for his shotgun.

Parker and Ross struggle for the shotgun. This is a good shot of the double triggers.

Ross fires the second barrel, which should've temporary deafened everyone in the car.

Parker whacks Ross in the face with his own shotgun.

August Hardwicke points a Glock 17 at an unconscious Parker.

A bouncer (Danny Epper) fires his Glock at Parker.

Melander threatens Hardwicke with his Glock.

Parker attaches a Glock 17 to the bottom of a table with what appears to be industrial strength mounting putty. 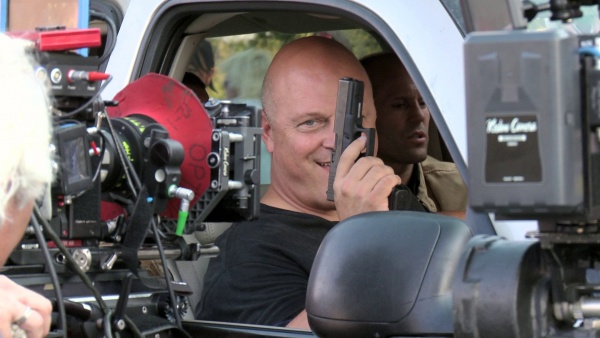 Michael Chiklis with a Glock 17 during the filming of the SUV scene.

Oliver (Rio Hackford) with his Glock 19. Note that Rio Hackford is the son of director Taylor Hackford.

Parker surrenders one of his Glocks to Ernesto.

Carlson's (Wendell Pierce) preferred weapon for much of the film is a Taurus Model 85. 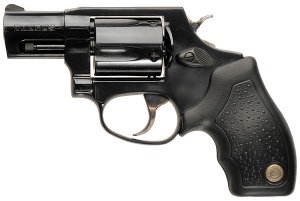 Parker readies to bend the firing pin on the Taurus Model 85.

Ross (Clifton Collins Jr.) carries a Beretta 92FS for much of the film.

Ross with his Beretta 92FS.

Ross searches for Parker with his Beretta.

Parker steals a blued Colt M1911A1 from some hunters. Ross later hands a nickel-plated M1911A1 to Hardwicke, calling it his "best .45".

Parker finds the blued M1911A1 in the hunters' motel room.

The blued M1911A1 now a nickel-plated model with custom grips.

Hey, that looks familiar. (See above)

Hardwicke threatens Leslie with the M1911A1.

Parker uses a Ruger LCP which he retrieved from a stolen ambulance. 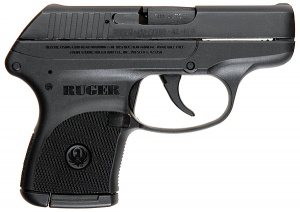 Parker finds a Ruger LCP in a bag in the ambulance.

Parker selects the LCP from his small but growing arsenal.

Parker shoots Jack (Jon Eyez) when he about to grab a Glock 19. Given the proximity to an actor and the fact that the weapon doesn't cycle, this is likely CGI muzzle flash.

Oliver (Rio Hackford) hands over his Glock 19 as Parker threatens to shoot him in the face. Parker is aware that Jack and Oliver are wearing body armors, so he aims at unarmored spots like the legs and face.

Parker carries a Bruni Olympic 5 as his backup weapon when he goes to see Norte (Carlos Carrasco). Obviously, it's standing in for a real gun. 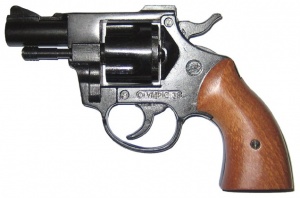 Parker shows off the Bruni Olympic hidden in his boot.

Parker moves his Bruni Olympic to his belt.

Parker fires his Bruni Olympic from his belt. The wound and blood appear to be CGI.

Norte (Carlos Carrasco) uses a Taurus Model 608 while in his office. 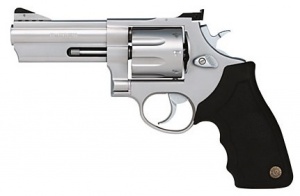 Norte puts down his Taurus Model 608.

Parker picks up Norte's revolver with a pen.

Parker (Jason Statham) uses a Smith & Wesson 5906 during the confrontation with Melander's group, however it appears that continuity is broken several times as the variant of 5906 changes. 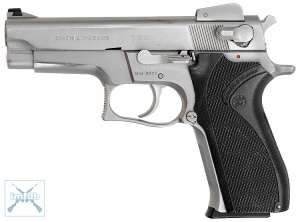 The first shot of Parker with his S&W 5906. Note the adjustable sights and hooked trigger guard.

Parker and Melander struggle for a S&W 5906. Note that the pistol now has fixed sights.

Parker chambers a round after reinserting the magazine. Since he was able to fire after ejecting the magazine, someone has to removed the factory-installed magazine safety.

Parker backs with the early model S&W 5906, with the adjustable sights and hooked trigger guard.

Jason Statham poses with a Mossberg 500 Cruiser on the theatrical poster (see above), but it doesn't show up anywhere in the film.

When Carlson and Melander dump their loot bags out, a Beretta 92FS comes out, but when Melander picks it out of the pile, it turns into a Glock 19.