The PM-84 Glauberyt is a Polish submachine gun. Being a replacement for the earlier PM-63 RAK submachine gun, its primary role is to provide fire at ranges up to 150m. The PM-84 Glauberyt was designed as a compact and light-weight weapon for army reconnaissance teams and police counter-terrorism units. It is also used by armored vehicles crews as a self-defense gun.

The PM-84 Glauberyt and variants can be seen in the following films, television series, video games, and anime used by the following actors:

Developed in the late 1970s, the original PM-84 Glauberyt was used in limited numbers, mainly by Polish police, because soon after its adoption, Poland switched to NATO standard cartridges (including 9x19mm).

The PM-84P Glauberyt uses a beefed-up bolt and receiver to handle the higher pressure 9x19mm cartridge. This is a standard weapon of vehicle crews in the Polish Army. 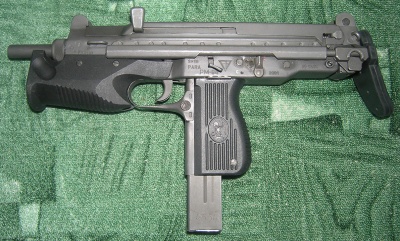 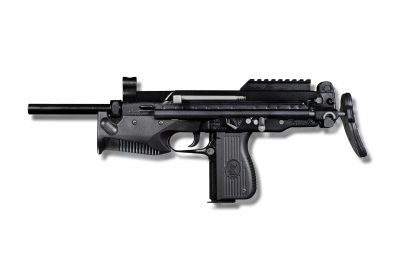 The BRS-99 is a civilian carbine version of the PM-98.