On the Other Side (Po tu storonu)

On the Other Side (literal translation of the original title Po tu storonu) is a 1958 Soviet adventure movie directed by Fyodor Filippov and based on the novel by Viktor Kin. The movie is set during the Russian civil war on the Far East. Two young Bolsheviks move across White army lines in order to establishe connection with Red partisans.

The following weapons were used in the film On the Other Side (Po tu storonu):

Smith & Wesson No.3 Russian Model is Viktor Besays' (Yuriy Puzyryov) personal weapon. In the original novel Beysas also has a Smith & Wesson but it is described as a pocket revolver in .32 caliber. 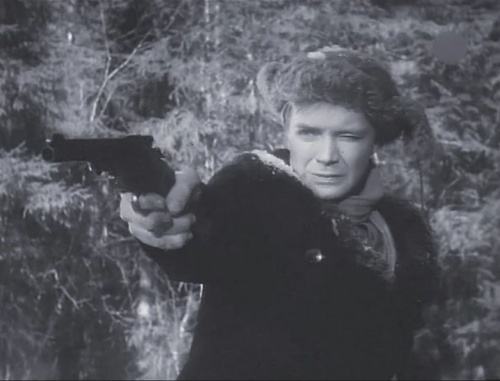 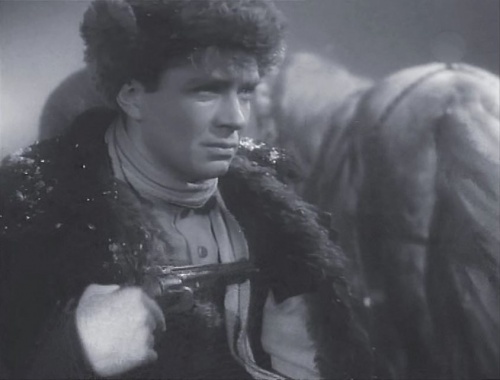 Another view of the Smith & Wesson. 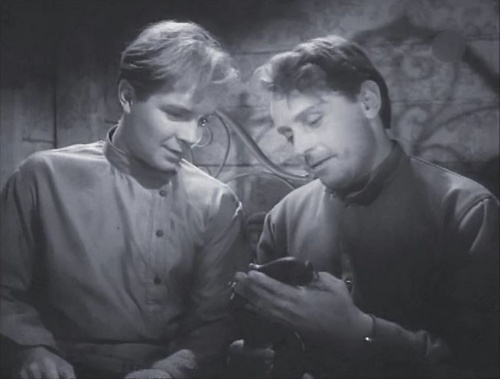 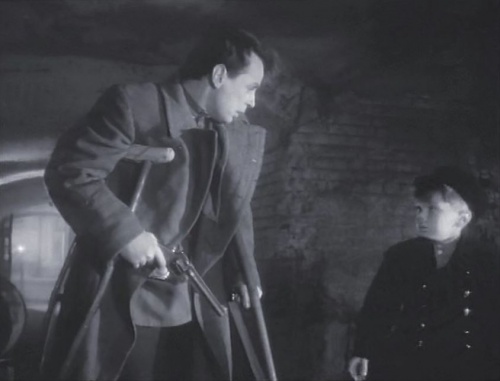 Besays, now on on crutches, draws his revolver.

A White army officer (Vadim Zakharchenko) holds the Nagant M1895 revolver in one scene. Matveyev (Vsevolod Safonov) holds a Nagant in a dream when being in fever. 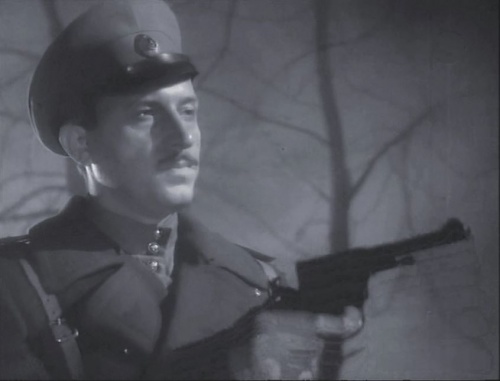 The officer holds his revolver. It is anachronistic post-1930 version. 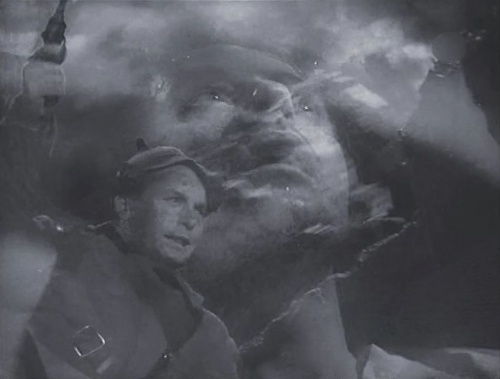 In his dream Matveyev holds the Nagant during the cavalry attack.

In the opening scene both Matveyev and Besays carry Nagant holsters but it's hard to say if there are revolvers inside. 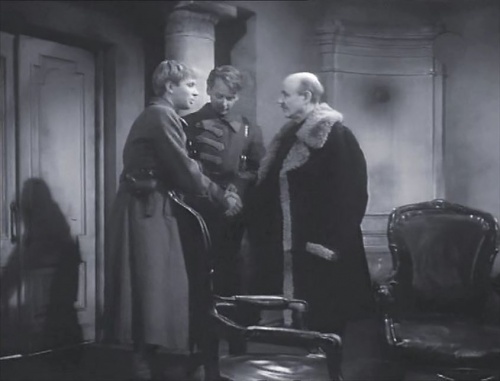 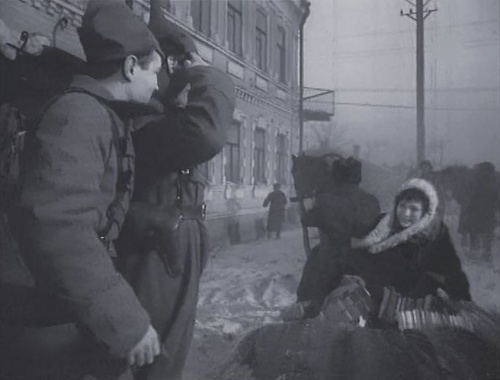 Anton Matveyev (Vsevolod Safonov) carries the FN Model 1910 pistol. In one scene his pistol is seen in hands of Varya (Lyudmila Kasatkina). 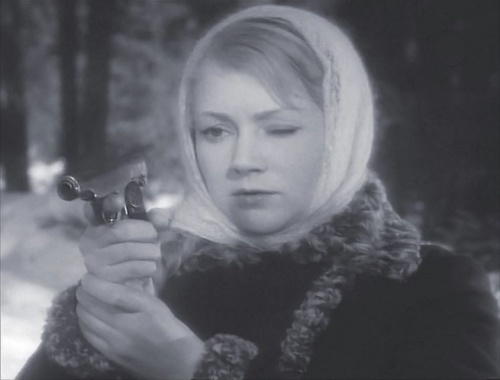 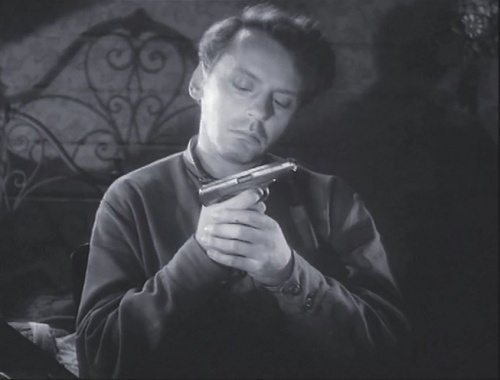 Matveyev with his pistol. 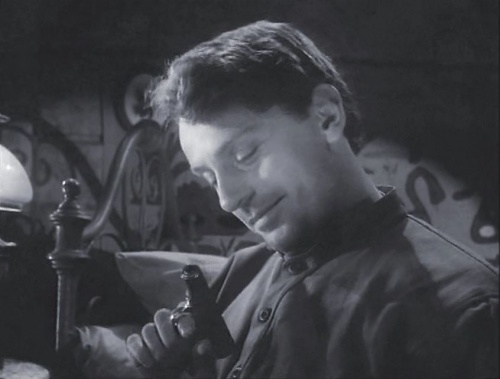 In the scene in anarchists' train a Mauser C96 in typical wooden holster is carries by an anarchist. 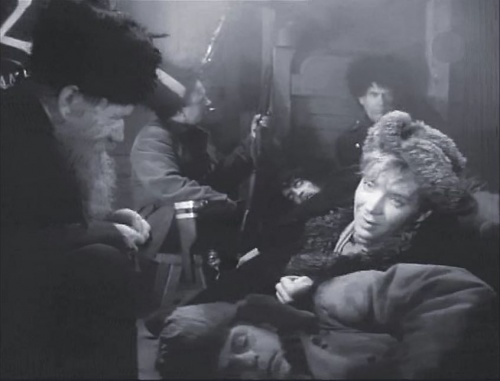 The man with Mauser on the belt is seen at the background. 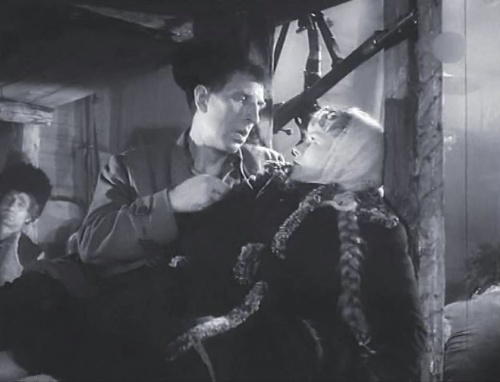 The M91/30 rifle is seen at the background in the train. 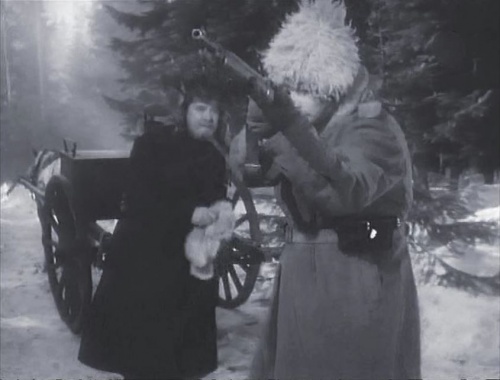 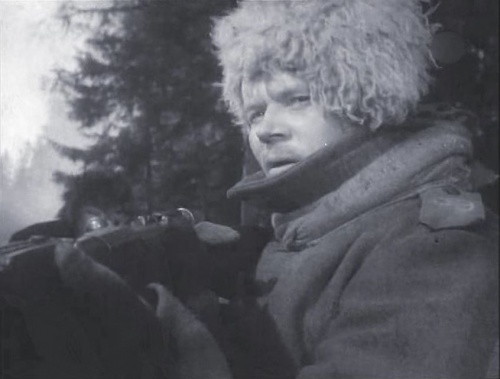 A close view of the rifle. Note the hex receiver, typical for pre-1936 rifles. 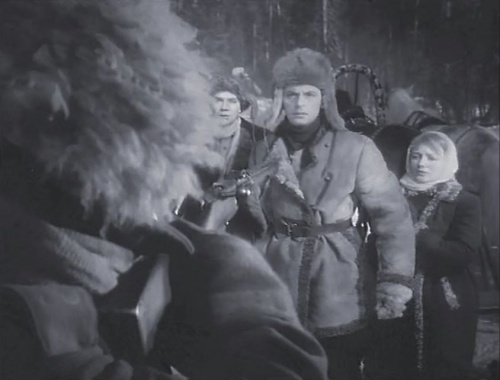 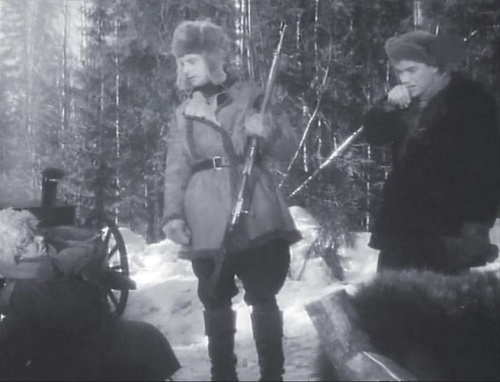 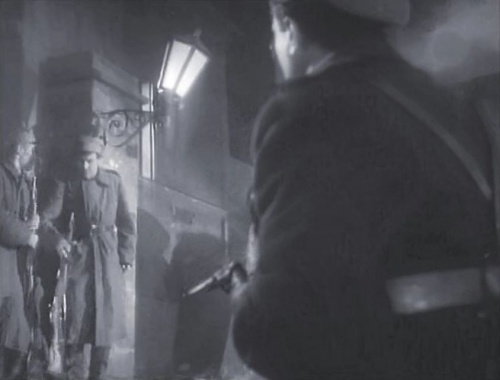 One of the White soldiers at the left is armed with M91/30 rifle while the other one holds the M1907 Carbine.

One of the White soldiers at the left is armed with M91/30 rifle while the other one holds the M1907 Carbine. 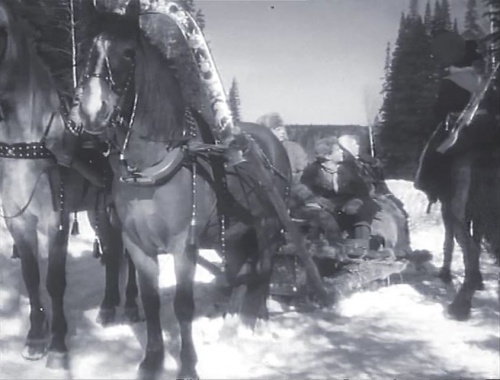 A White Cossack on horse at the right carries the M07 Carbine. 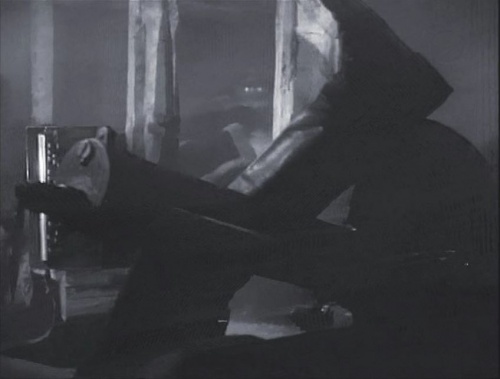 A Maxim in anarchists' train. 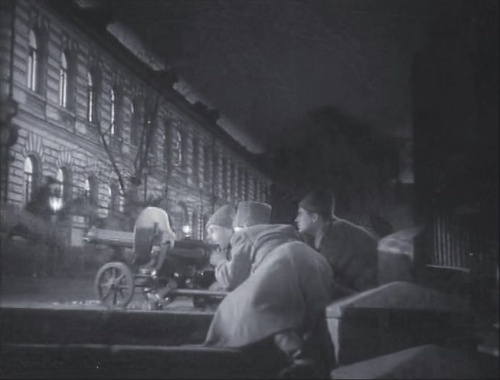 Maxim in action during the battle in a town.
Retrieved from "https://www.imfdb.org/index.php?title=On_the_Other_Side_(Po_tu_storonu)&oldid=1143958"
Categories: