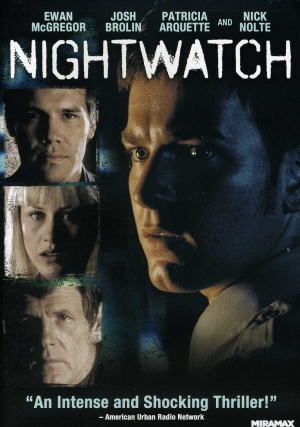 Nightwatch is a 1997 horror-thriller film directed by Ole Bornedal as a remake of their own film made in Denmark under the name Nattevagten (1994). Starring Ewan McGregor (as Martin Bells), Josh Brolin, Nick Nolte and Patricia Arquette.

The following weapons can be seen in Nightwatch:

The characters in the film had used only a cop´s service SIG-Sauer P228 pistol.

Katherine (Patricia Arquette) seized a Cray´s gun and aims she at Martin.