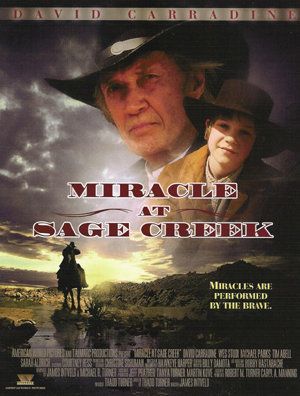 Miracle at Sage Creek (aka Christmas Miracle at Sage Creek) is a 2005 Western starring David Carradine, Wes Studi, and Michael Parks and is a story about two families of different cultures in the late 1800's who try to find a way to work together despite their prejudices.

Special thanks to armorer Hank Hustus for his assistance on this page.

The following weapons were used in the film Miracle at Sage Creek:

The "Cavalry" model of the Single Action Army is carried by several characters. 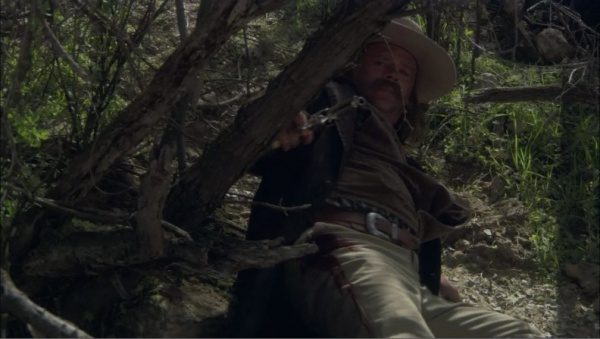 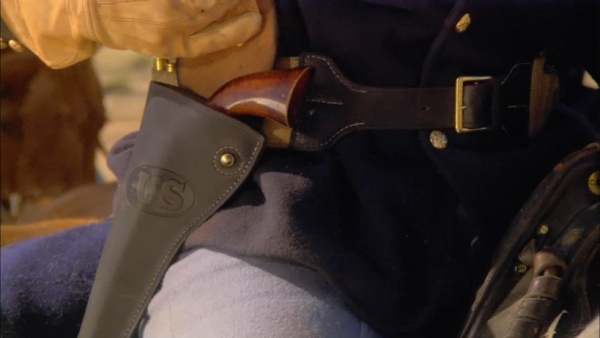 Sergeant Banks (Thadd Turner) goes for his SAA. (Turner is also credited as the writer.) 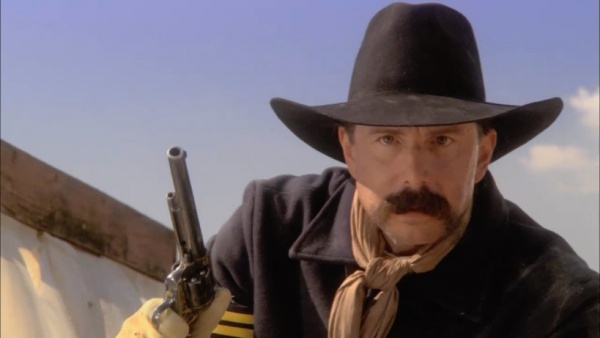 Sergeant Banks with his drawn SAA. 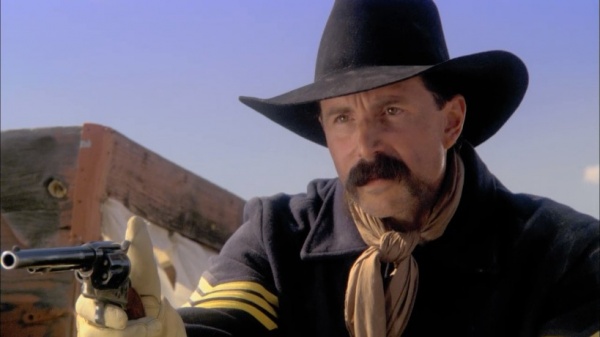 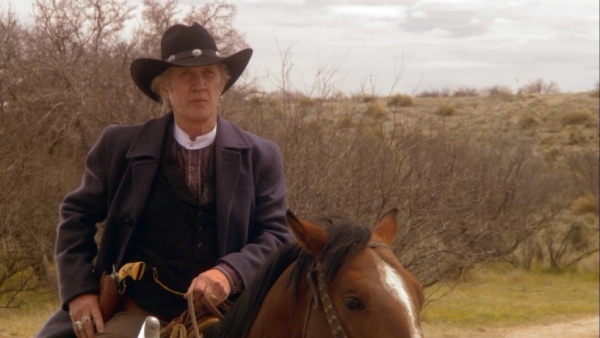 Ike's New Dakota in his holster. 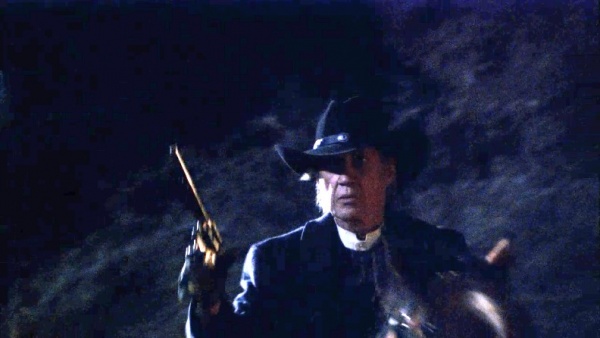 Ike chases away the coyote by firing his New Dakota into the air. This is the only time he draws it in the film, and unfortunately, it's at night while riding. This screen capture has been digitally enhanced. 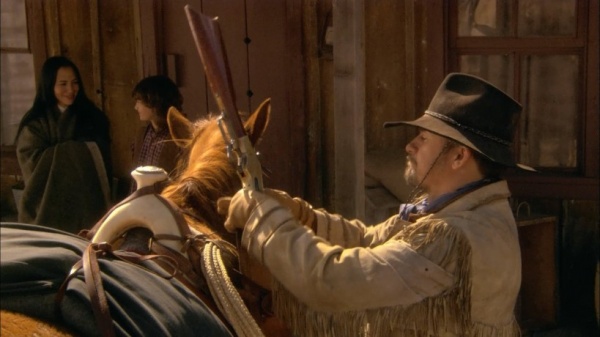 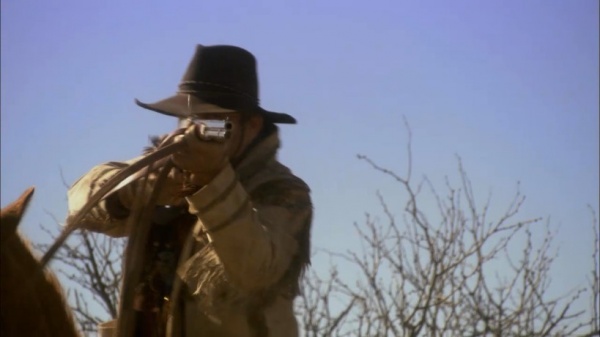 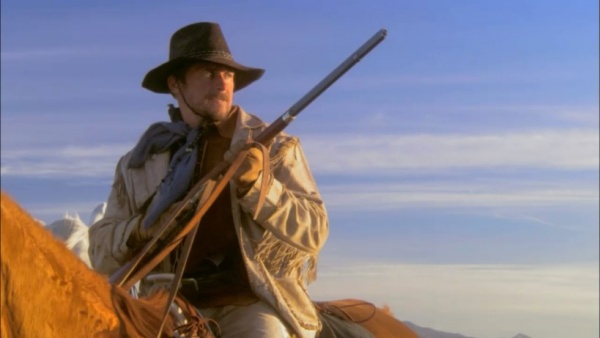 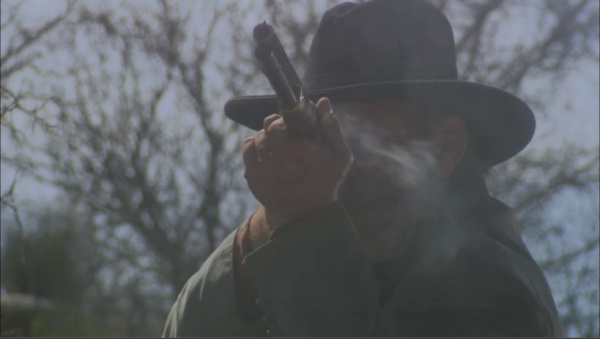 Frank fires at Buckskin Charlie with his John's Yellow Boy. 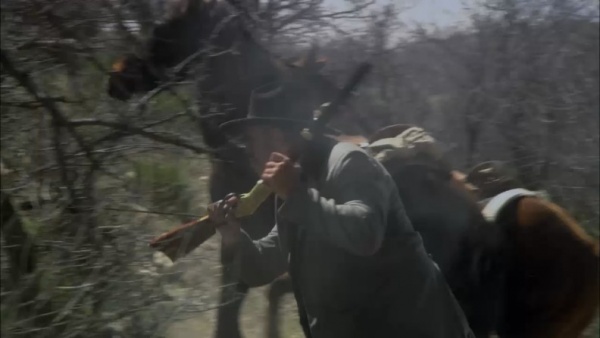 US Cavalry soldiers are seen carrying Springfield 1873 "Trapdoor" Carbines. Seth (Daniel Quinn) carries one when he helps his son check his traps. 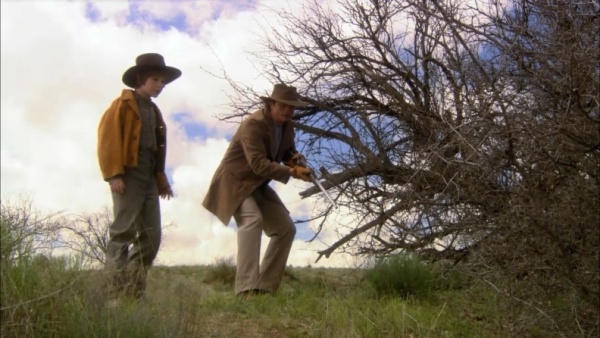 Seth takes aim with his carbine. 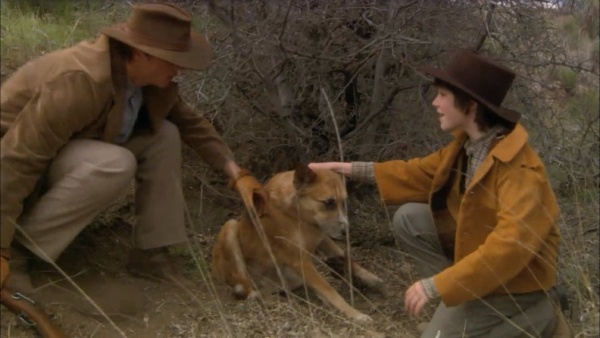 The saddle ring is visible in this shot. 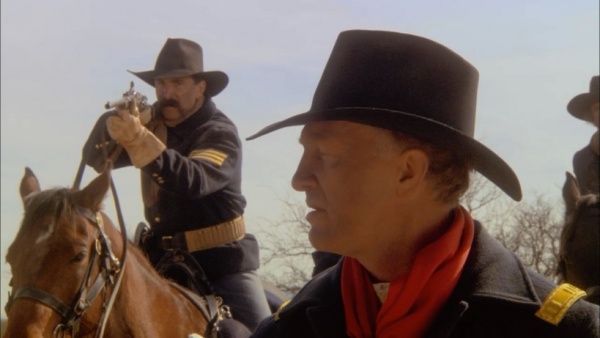 Captain Johnson (Mark Rolston) orders Sergeant Banks to stand down. (He's a bit of a hothead.) 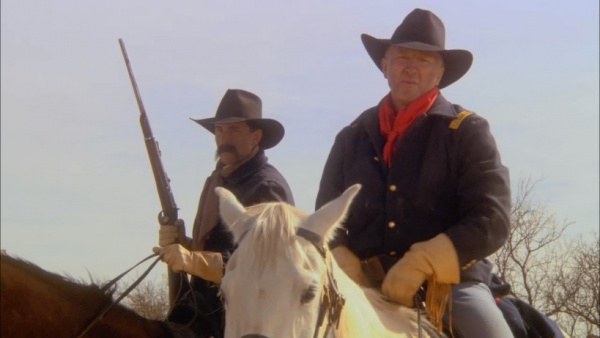 Buckskin Charlie (Buck Taylor) carries a Winchester Model 1873. He uses it to cover Seth when he pulls Billy to safety. 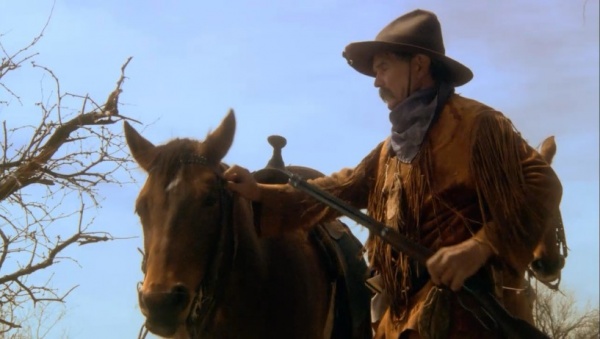 Buckskin Charlie with his Winchester Model 1873. 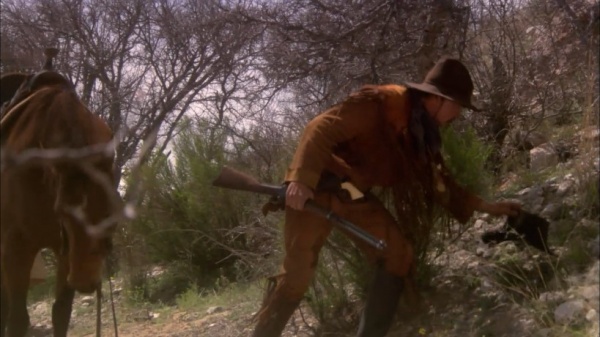 Buckskin Charlie's SAA can be clearly seen in this shot as well. 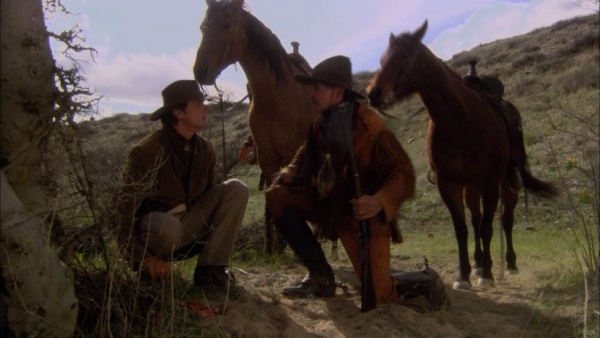 A Coach Gun is seen used for its intended purpose. Ike also uses one in the end before handing it off to Seth. 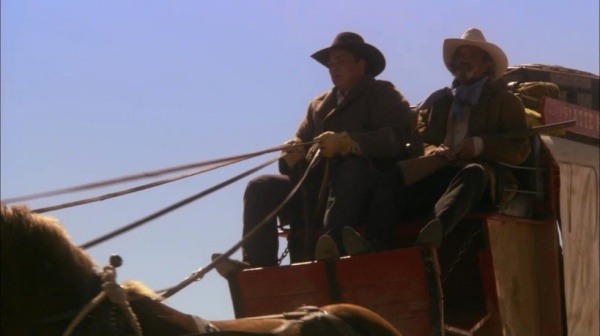 "Riding shotgun" with a "coach gun." 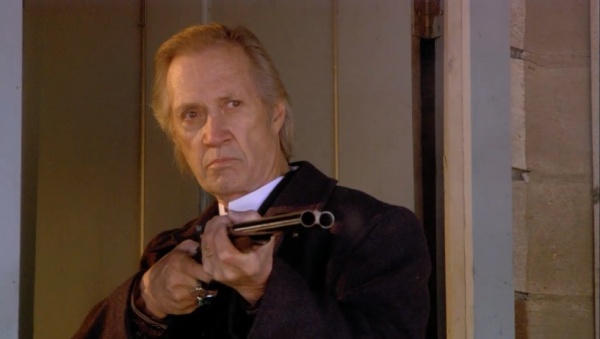 Ike with his coach gun. 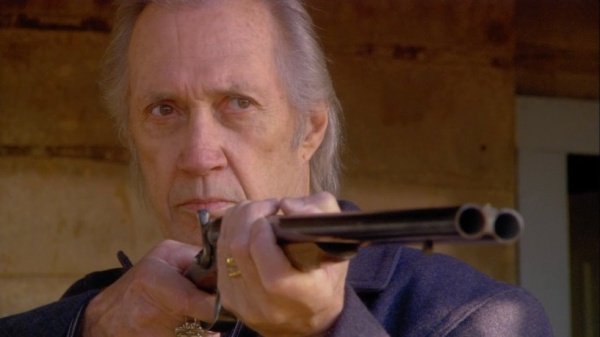 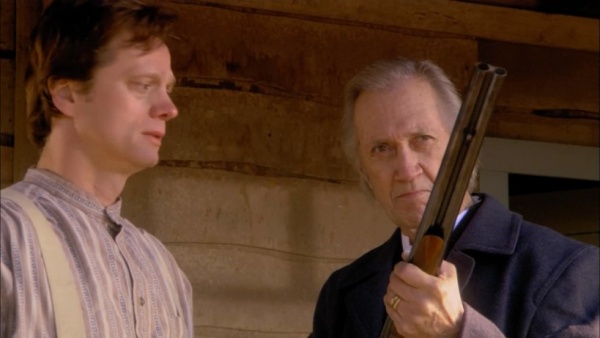