The following weapons were used in the film Living Target (Zhivaja mishen):

Makarov PM pistols are widely used by militsia and criminals. 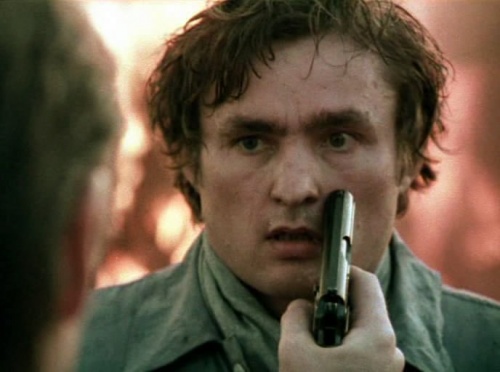 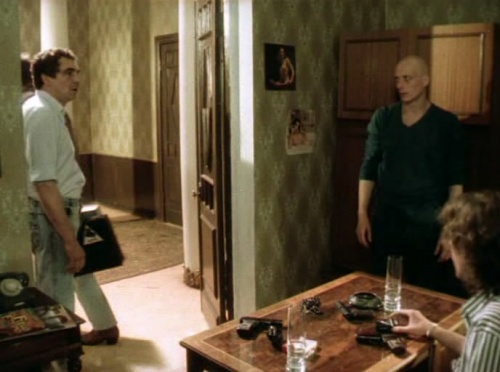 Three PMs are seen on the table. 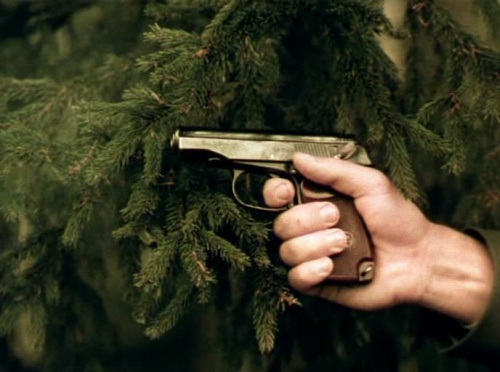 A close view of a PM in hand of OMON trooper. 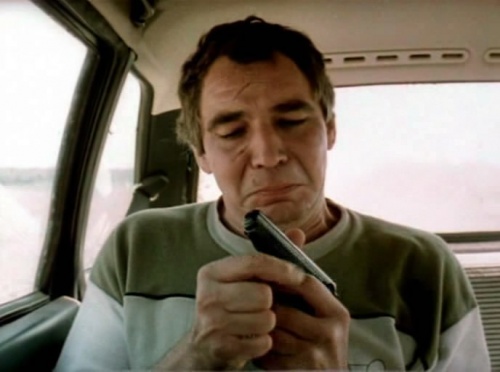 In one scene Yura Artykhov (Aleksandr Abdulov) holds an Uzi. 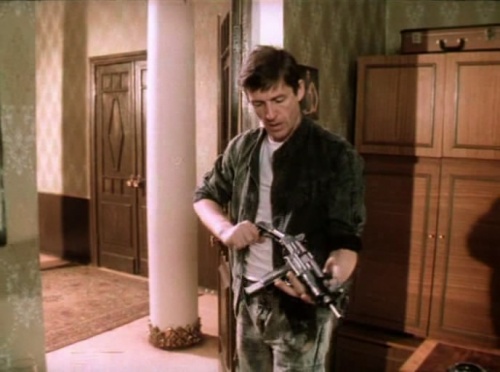 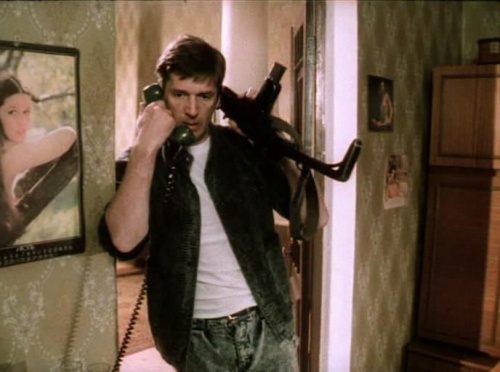 What appears to be a KS-23 is seen in hands of a criminal in one scene. 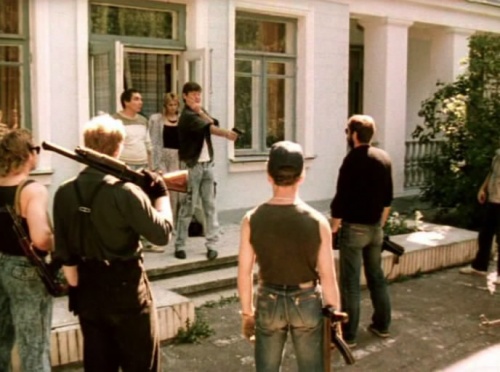 A criminal at the left holds a shotgun.

In the opening scene a criminal uses an SVD sniper rifle during the ambush on cash transporting car. 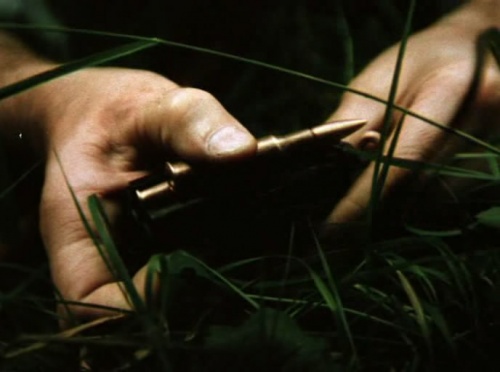 The shooter loads the magazine. 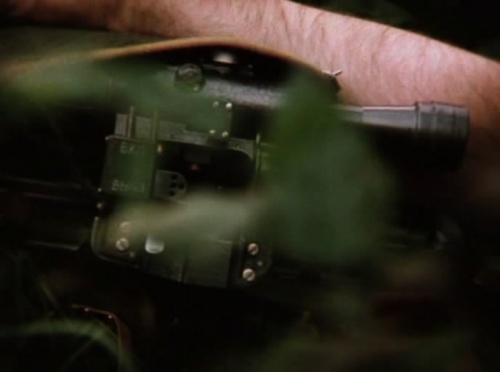 A close view of the sniper scope. 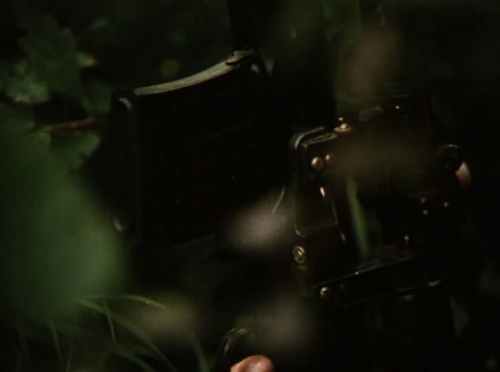 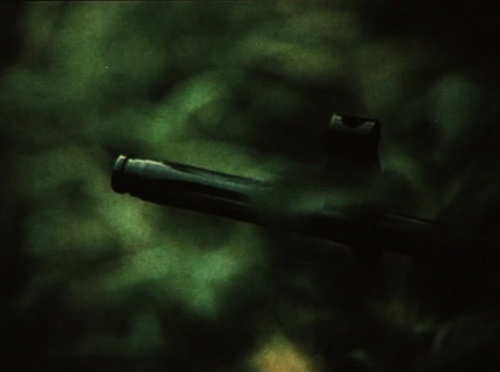 The front sight and muzzle brake.

In one scene Yura's unnamed henchman (Anatoli Mishchenko) uses a suppressed sniper rifle. It is most likely a small caliber target rifle. 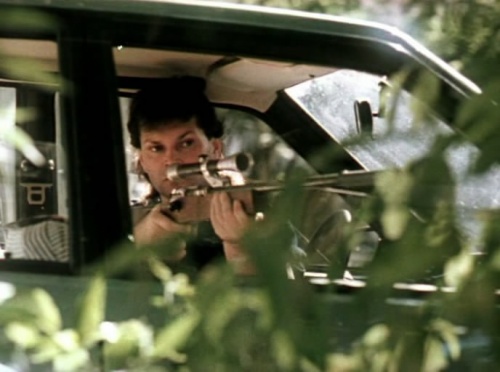 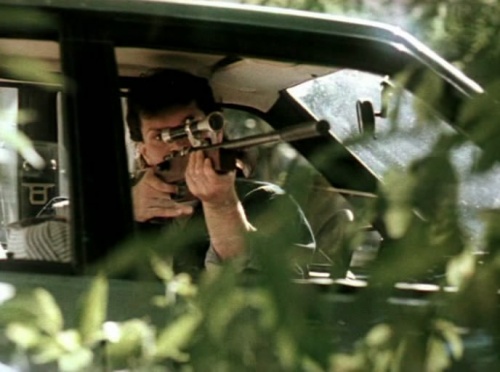 AKMS assault rifles are used by militsia and criminals. The guns have muzzle brakes removed and replaced with blank firing adapters (in firing scenes). 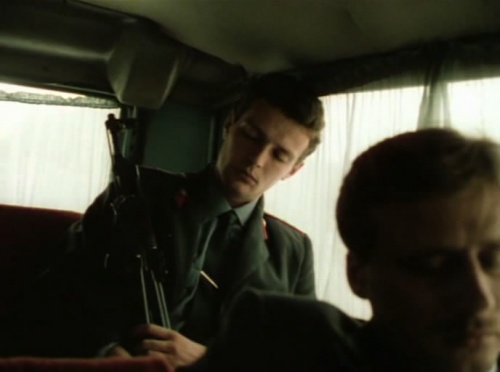 A guard with AKMS in the cash delivering car in the opening scene. 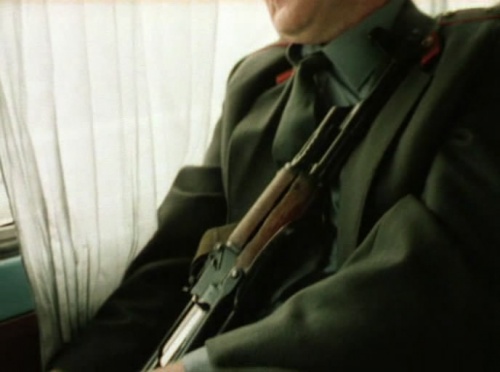 Another guard with AKMS in the same scene. 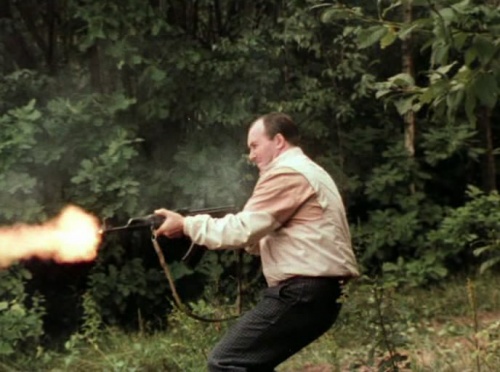 A criminal fires an AKMS durig the attack of the cash delivering car. 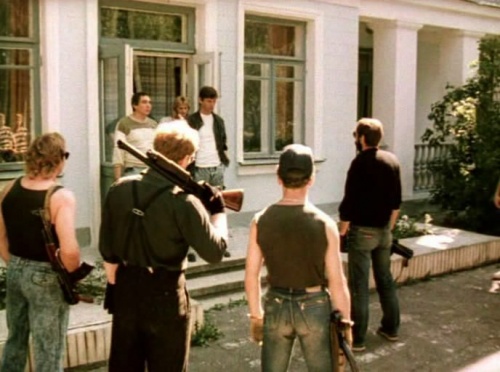 One of Yura's henchmen at the left carries an AKMS on sling. 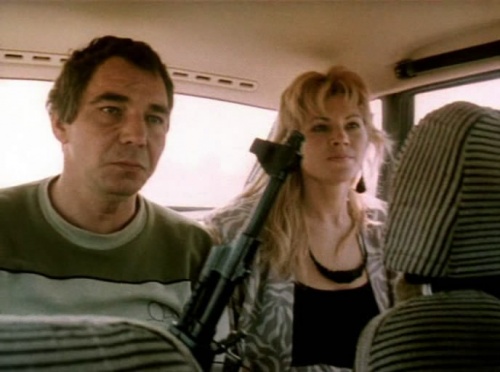 Stepan (Vladimir Plotnikov) holds an AKMS in the final scene. 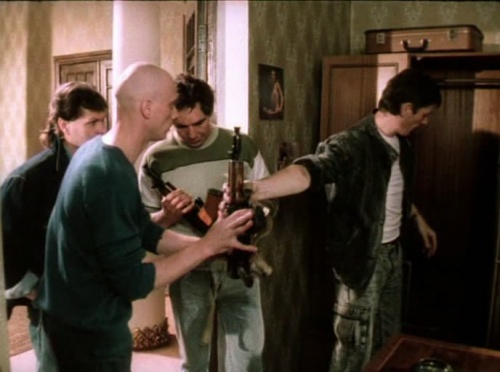 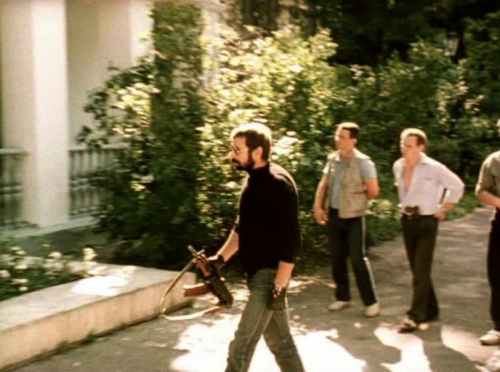 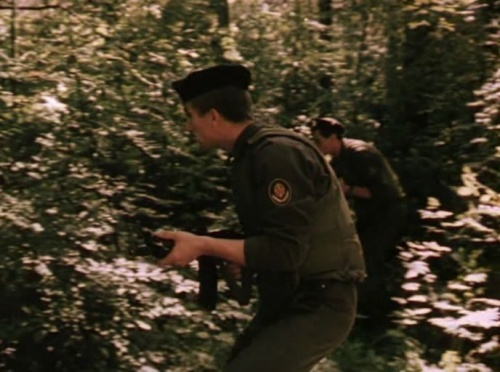 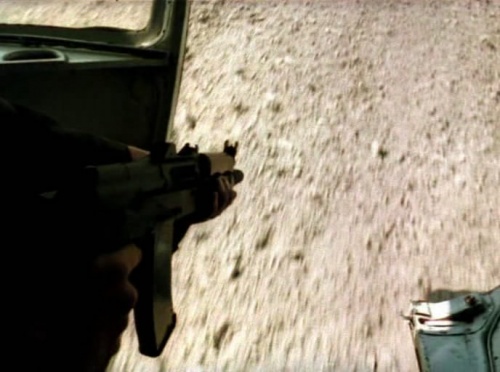 An OMON trooper fires from helicopter. 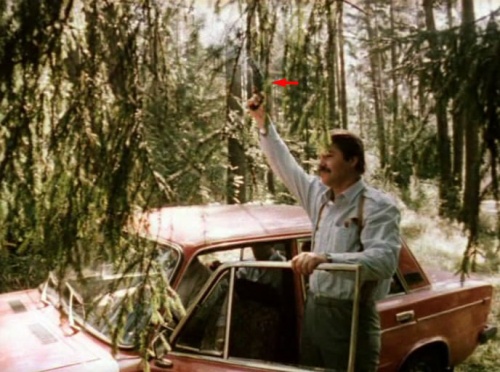 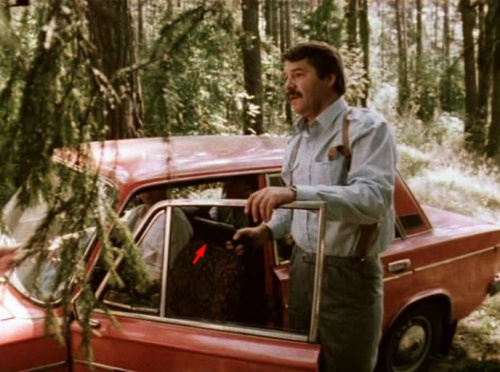 Criminal "Baldy" (Oleg Kublitskiy) uses a flamethrower during the shootout on Yura's villa. 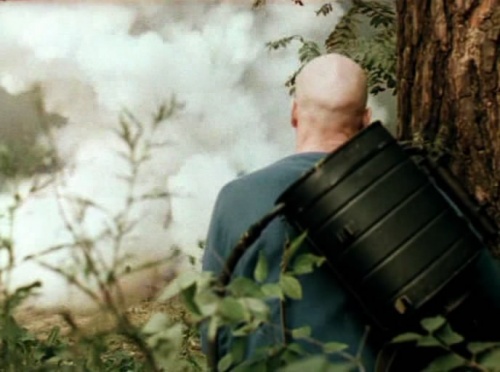 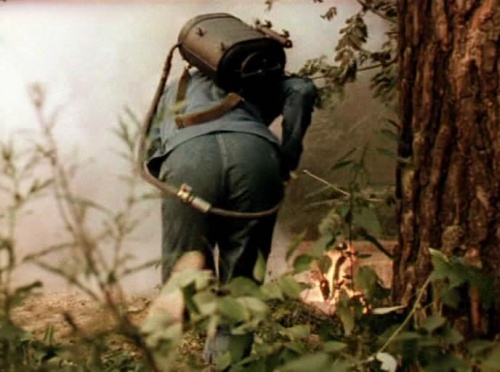