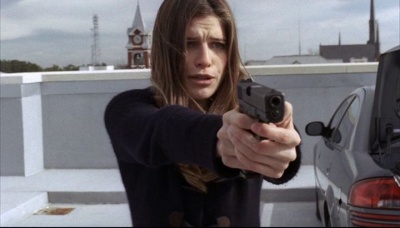 Lake Bell aiming a Glock 17 as Laura Daughtery in Surface.

Lake Bell is an American actress who has appeared in such films as Pride and Glory and No Escape (2015) in addition to her role as Laura Daughtery in the NBC series Surface. She also voiced Natasha Romanoff/Black Widow (in place of Scarlett Johansson) in the Disney+ animated series What If...?.