Lady in the Lake

Lady in the Lake is a 1947 film noir directed by and starring Robert Montgomery as private eye Phillip Marlowe, and mostly shot from a first-person perspective. The feature is an adaptation of the 1943 novel The Lady in the Lake by Raymond Chandler.

The following weapons were used in the film Lady in the Lake:

The Colt Model 1908 Vest Pocket is the main firearm used throughout the film. It is carried by Phillip Marlowe (Robert Montgomery), DeGarmot (Lloyd Nolan), Kane (Tom Tully), Adrienne Fromsett (Audrey Totter) and Mrs. Fallbrook (Jayne Meadows). A copy of the pistol is seen after the opening credits. 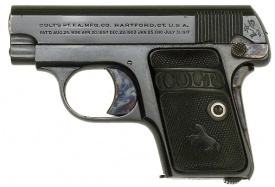 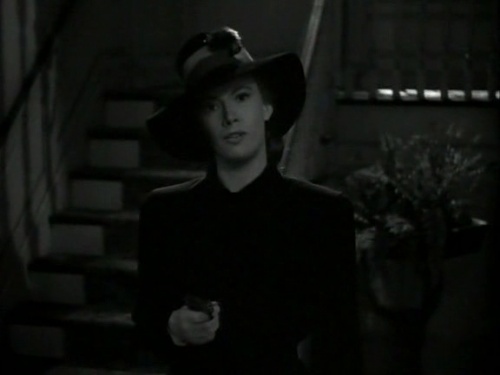 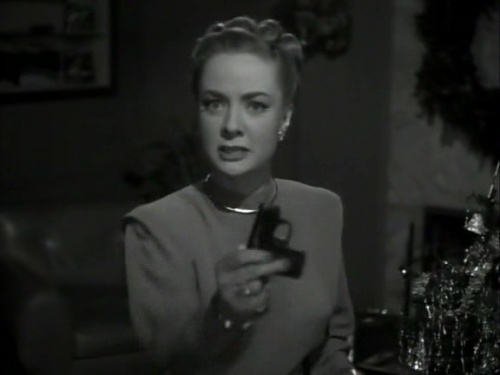 Adrienne giving the gun to Marlowe. 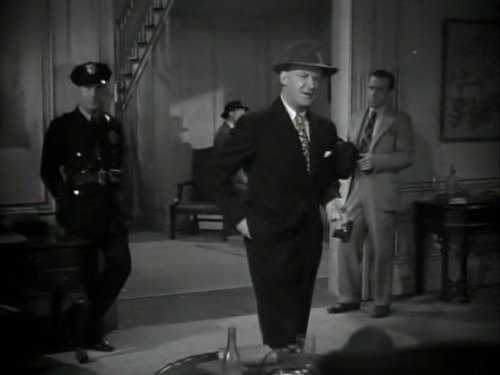 Kane holds the 1908 Vest Pocket, reprimanding Marlowe for handling the weapon found at the scene of a crime. 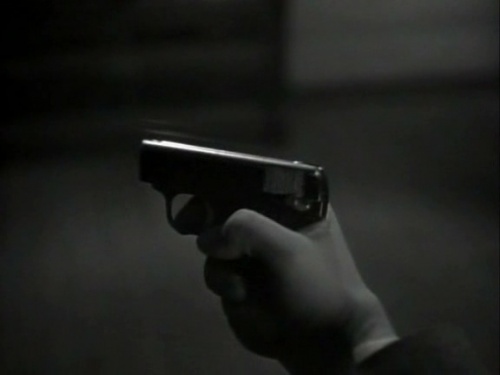 Marlowe about to flip the safety off. 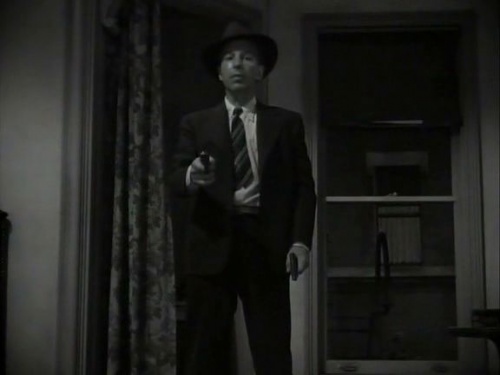 DeGarmot with the 1908 Vest Pocket in his left hand, while pointing his Colt Detective Special at Marlowe. 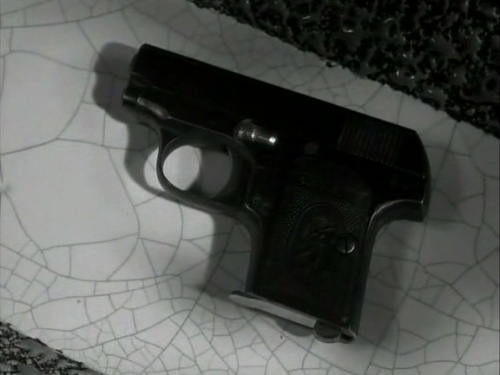 The different variant seen at the start of the film; note the logo and the position of the safety catch.

What appear to be two Luger P08 pistols are seen in Derace Kingsby's office. 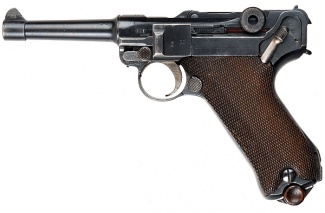 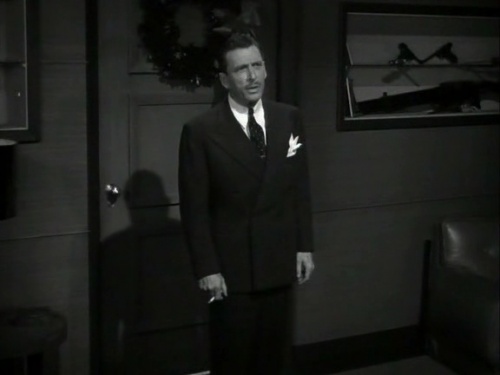 The two pistols seen in the rack. 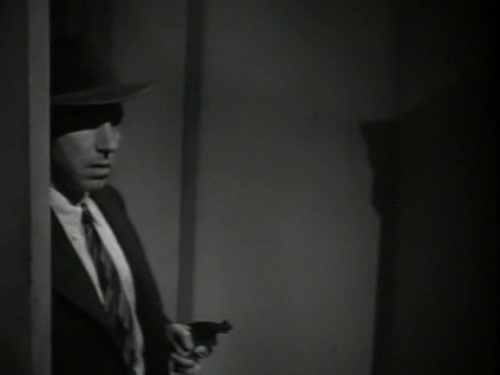 DeGarmot with his Colt Detective Special. 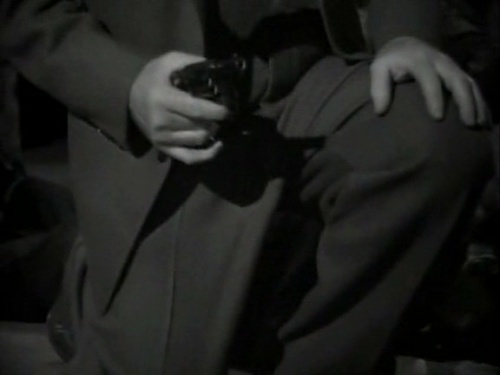 A Colt Detective Special being held by Kane.

A Smith & Wesson Military & Police revolver is seen in the hands of Phillip Marlowe (Robert Montgomery). 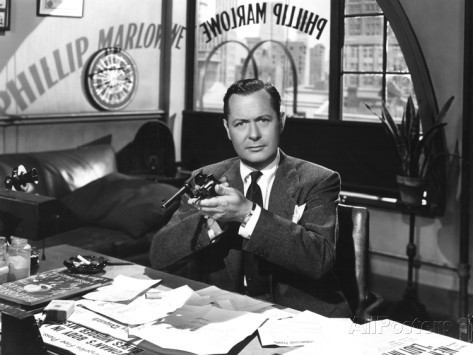 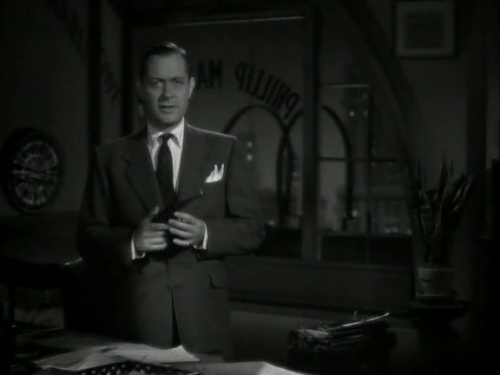 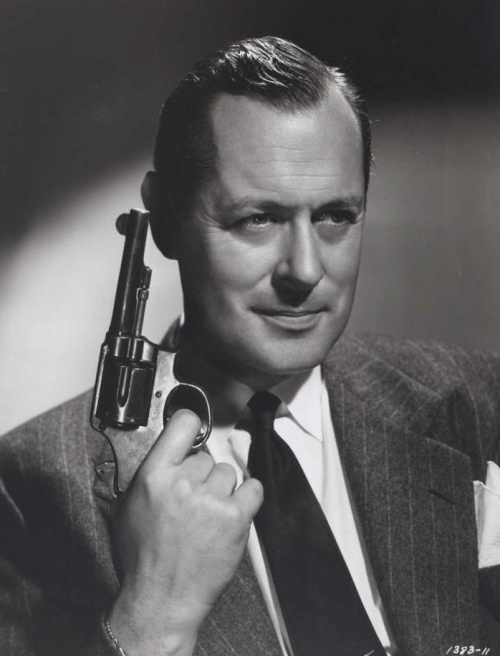 What appears to be a Lewis Gun is seen in Kingsby's office. 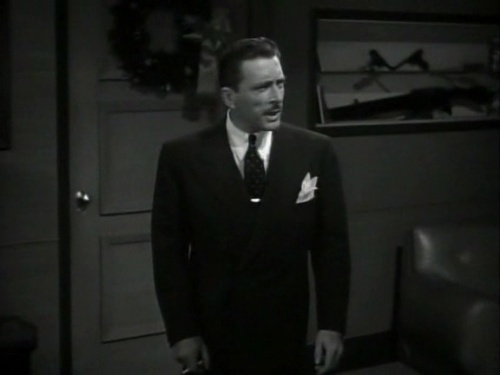 The Lewis Gun seen in the rack.
Retrieved from "https://www.imfdb.org/index.php?title=Lady_in_the_Lake&oldid=1290946"
Categories: