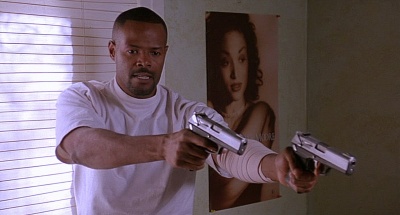 Keenen Ivory Wayans is an American actor/director/comedian who initially gained fame for co-creating and hosting the popular FOX television comedy sketch series In Living Color. He is part of a large family of actor/comedians which includes brothers Damon Wayans, Shawn Wayans, and Marlon Wayans. He has directed several films including I'm Gonna Git You Sucka and A Low Down Dirty Shame in addition to several features in the Scary Movie movie franchise.

See the Discussion for the films in the IMFDB directed by Keenen Ivory Wayans.