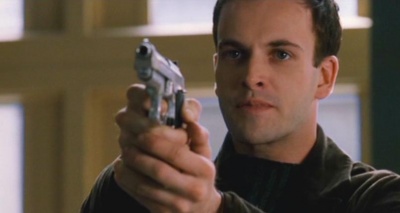 Jonny Lee Miller is a British actor well known for his roles in the films Trainspotting, Hackers and as Sherlock Holmes in the CBS series Elementary. He also is the grandson of James Bond actor Bernard Lee.