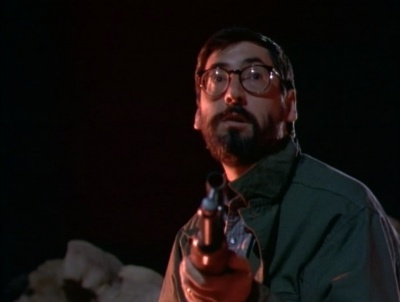 John Landis is an American director, writer, producer and occassional actor, well-known for his versatile and rich filmography, which includes directing such celebrated classics of various genres ranging from musical to horror in such movies as The Blues Brothers, Animal House and Trading Places. He began his show business career as a stuntman, specializing in horse stunts, working primarily in Europe on such movies as The Good, The Bad, and The Ugly, Red Sun, Once Upon a Time in the West and Chato's Land, eventually becoming an assistant director on Kelly's Heroes.

Landis is well-known for his penchant of casting film directors in his movies as well as appearing in brief cameos himself both in his own directorial works and "exchanging" parts in movies with those directors who had cameos in his, including Steven Spielberg, Lawrence Kasdan, Sam Raimi, Tobe Hooper and Costa-Gavras.