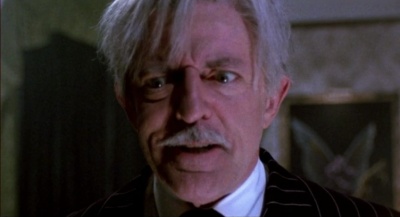 John Astin as Professor Mortimer Gangreen in Return of the Killer Tomatoes.

John Astin is an American actor who is best known to television viewers for his role as Gomez Addams in the series The Addams Family. He is also the stepfather of actor Sean Astin.