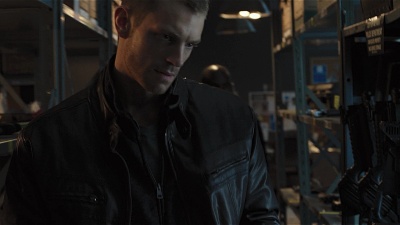 Joel Kinnaman (born Charles Joel Nordström on November 25, 1979) is a Swedish-American actor whose acting career began in 2002, appearing in numerous Swedish and American productions including such films as The Darkest Hour, Easy Money, Easy Money 2, Safe House (2012) as well as the television series The Killing. Kinnaman also starred as Alex Murphy/RoboCop in the 2014 remake of RoboCop and as Rick Flag in 2016's Suicide Squad and the 2021 sequel The Suicide Squad. He currently stars as Astronaut Ed Baldwin in the Apple TV+ drama For All Mankind.