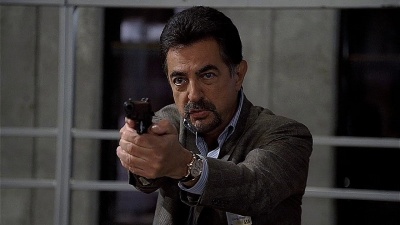 Joe Mantegna is an American actor who is well known to television audiences for his role as SSA David Rossi in the series Criminal Minds. Prior to that series, he was well known for his numerous collaborations with writer/director David Mamet, including co-starring in the films Homicide (1991), Redbelt, and House of Games. He also appeared as the crime boss Joey Zasa in 1990's The Godfather Part III. In addition, Joe Mantegna is also a real-world gun-owner, skeet shooter, and collector. He is the host of MidwayUSA's Gun Stories on the cable television network Outdoor Channel. He also is the father of actress Gia Mantegna.