The Tall Blond Man with One Black Shoe (Le Grand Blond avec une chaussure noire) is a 1972 French comedy movie directed by Yves Robert and starring Pierre Richard and Mireille Darc. The sequel was released in 1974.

An American remake, The Man With One Red Shoe, starring Tom Hanks and Lori Singer, was released in 1985.

The following weapons are seen in the movie The Tall Blond Man with One Black Shoe (Le Grand Blond avec une chaussure noire): 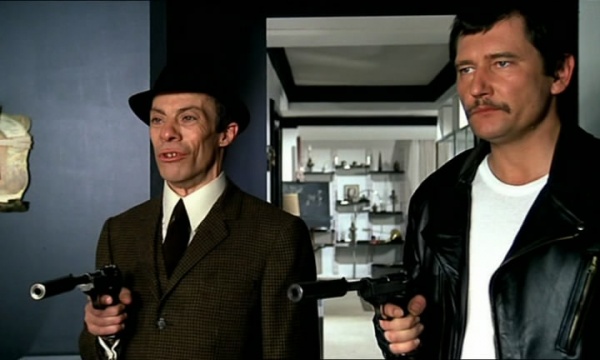 Two of Toulouse's men - Poucet (Jean Saudray) (at the left) and Chaperon (Maurice Barrier) (at the right) - with their suppressed P38s. 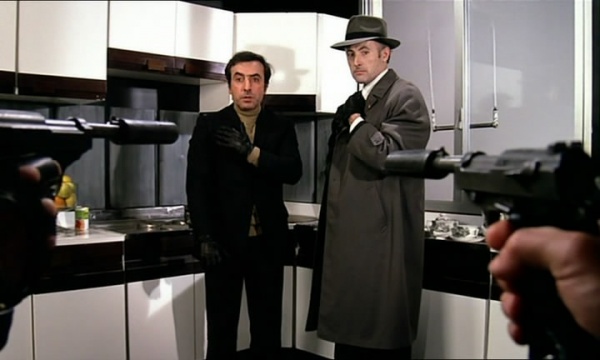 They aim their pistols at Milan's men - Georghiu (Robert Castel) on the left and Botrel (Jean Obé). Milan's men are also armed with suppressed P38s. 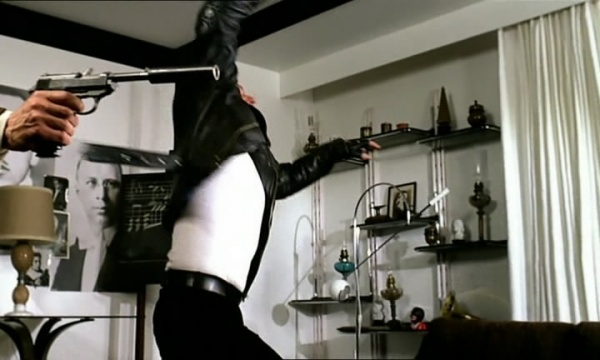 A view at suppressed P38 during the shootout.

In the final scene, Maurice Lefebvre (Jean Carmet) appears with a pistol that is supposedly Beretta M1934. 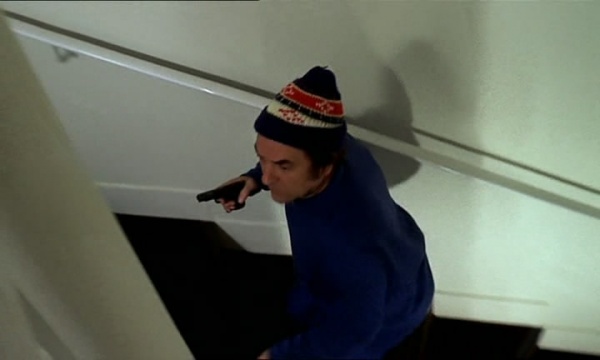 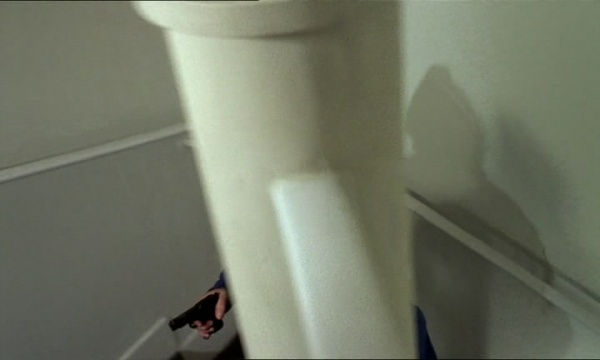 Maurice climbs the stairs with a pistol in hand. 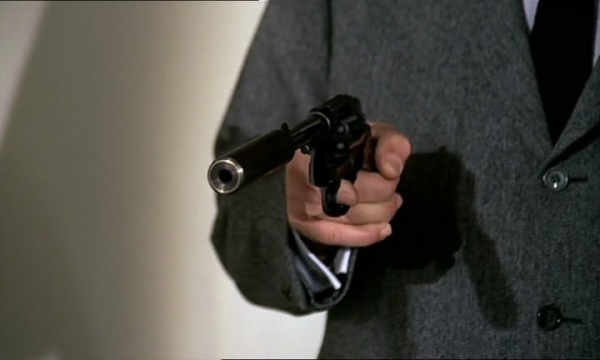 A close view of the revolver. The suppressor is fake, like just all movie suppressors. 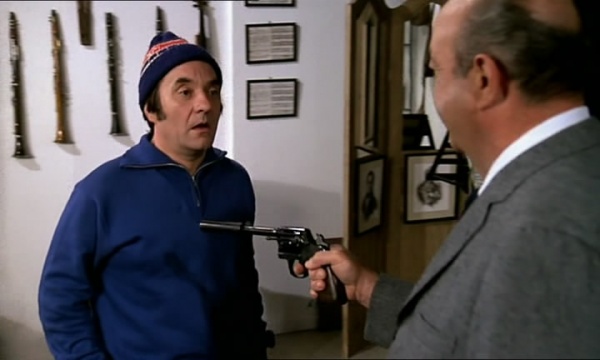