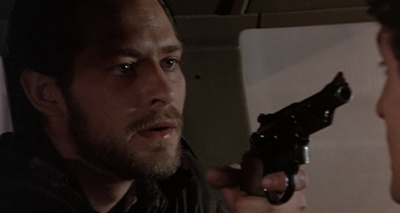 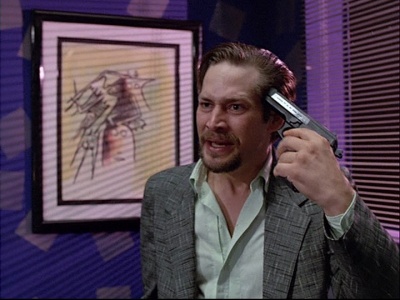 James Remar as Robbie holds a Taurus PT92 to his head in the Miami Vice episode "Buddies".