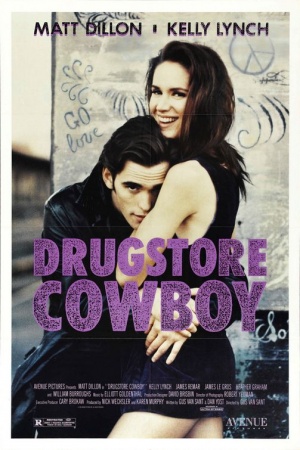 The following weapons were used in the film Drugstore Cowboy: 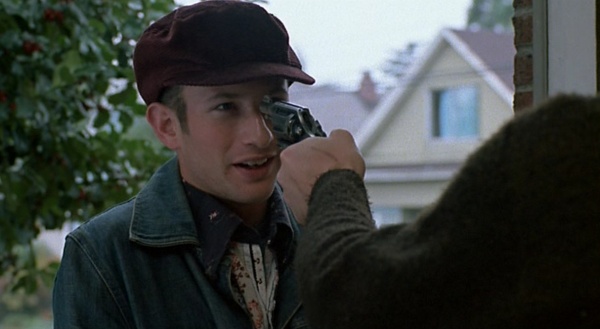 Bob puts his Detective Special in David's face upon answering the door. 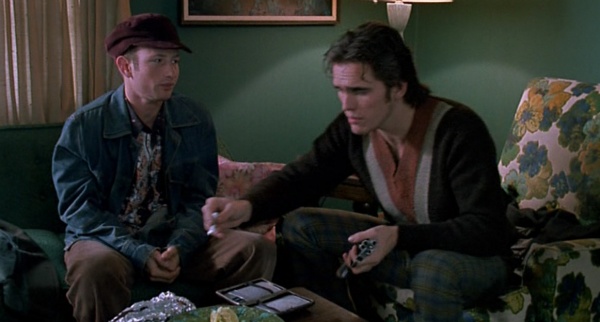 Bob handles his Detective Special as he negotiates with David. 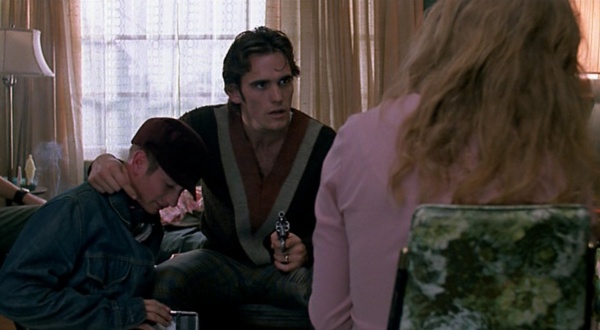 Bob threatens Nadine with his snubnose during the negotiation with David.

Rick (James LeGros) carries a M1911A1 when David comes to the door. 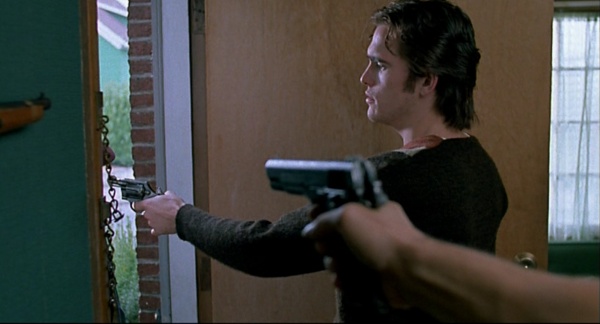 Rick points his 1911 at the door as Bob greets David with his Detective Special. 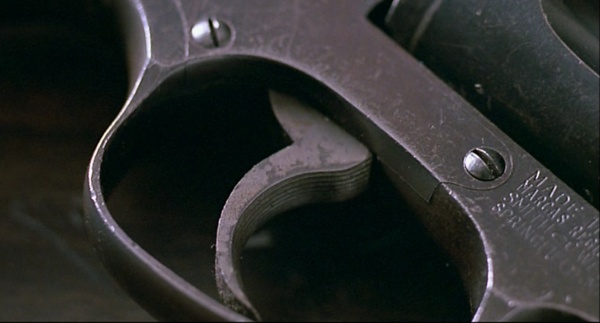 When Bob puts his Detective Special down on the table, it turns into a Model 36 for an extreme close-up. 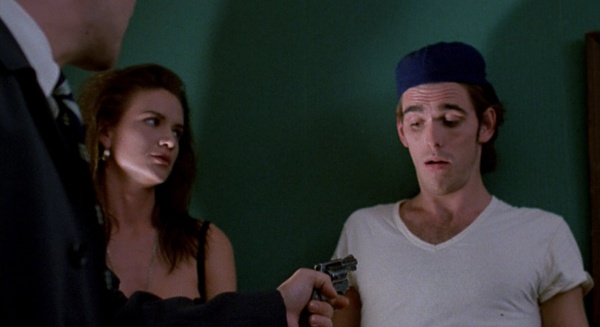 Gentry points his Model 36 at Bob. 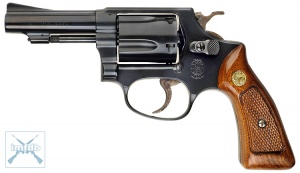 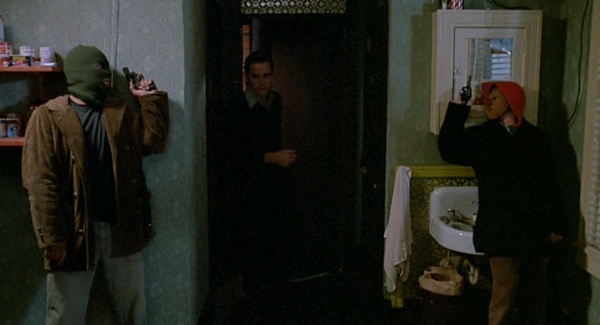 David and his friend await Bob. 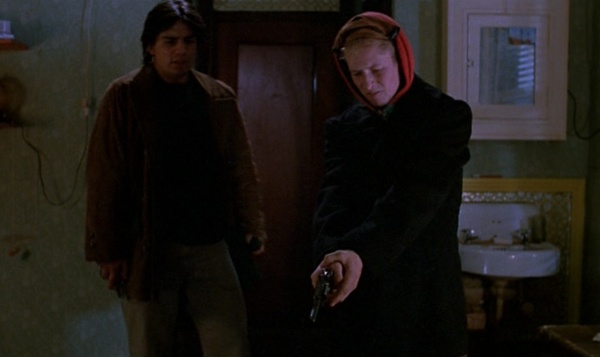 David points his snubnose at Bob.

A flintlock pistol hangs on the wall in Bob's house. 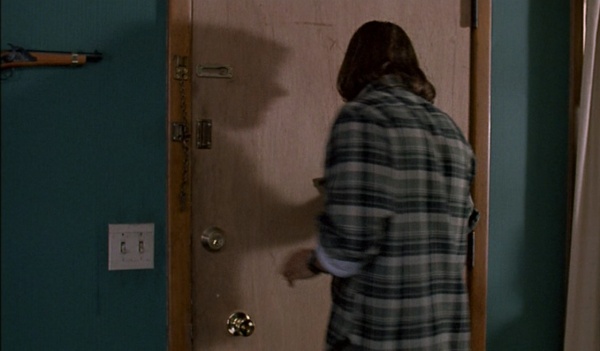 Rick walks past a flintlock as he leaves Bob's house.

Bob's neighbor (Ted D'Arms) carries a Mossberg 500 AT shotgun with long barrel, when Bob warns him about the "intruders". 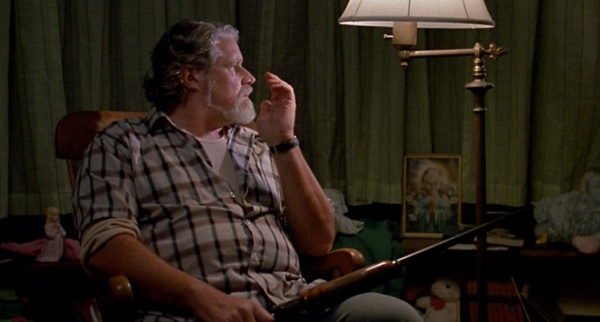 The neighbor spots men walking outside his window. 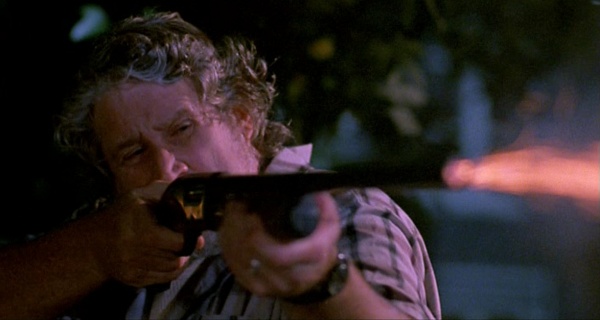 The neighbor fires at the undercover police on ladders outside his window.
Retrieved from "https://www.imfdb.org/index.php?title=Drugstore_Cowboy&oldid=893315"
Categories: