Jacknife is a 1989 drama that focuses on a Vietnam veteran (Ed Harris) suffering from PTSD that lives with his sister and how their lives are turned upside down when a fellow veteran (Robert De Niro) comes back into his life.

The following weapons were used in the film Jacknife:

In a Vietnam flashback, the M60 is seen being fired by Joseph "Jacknife" Megessey (Robert De Niro) as well as a helicopter gunner. 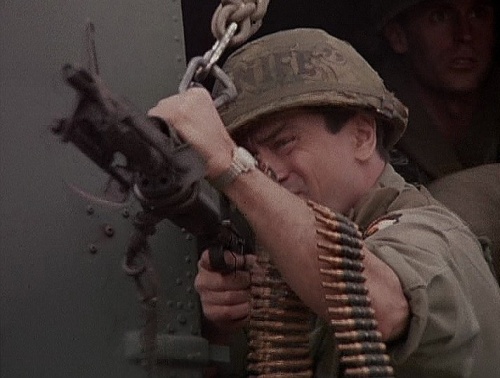 The M60 is seen being fired by Joseph "Jacknife" Megessey (Robert De Niro). 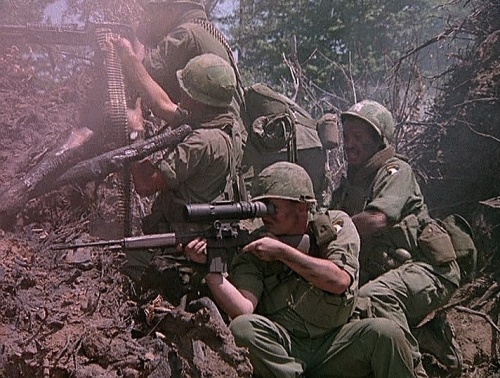 The M60 is used by an Airborne trooper at the top left.

During the flashbacks to Vietnam, the XM16E1 rifle is seen carried by members of the 101st Airborne Division, including Joseph "Megs" Megessey (Robert De Niro) and Dave (Ed Harris). 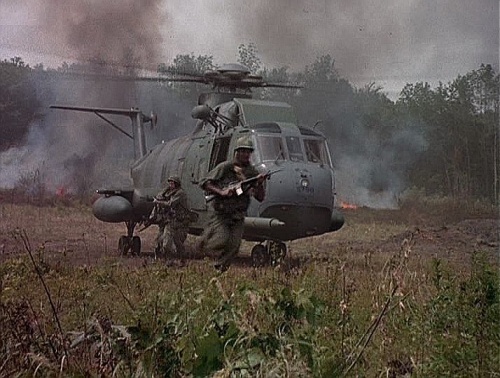 Troopers exit the helicopter armed with the rifles.

A Colt Sporter Carbine modified to resemble the XM177 rifle is briefly seen carried by an Airborne trooper.

The original XM177E1 - 5.56x45mm. The variant used in the show was a mockup made from a Colt Sporter Carbine with the barrel cut down to 10.25" and an aftermarket "CAR-15 style" flash hider installed. 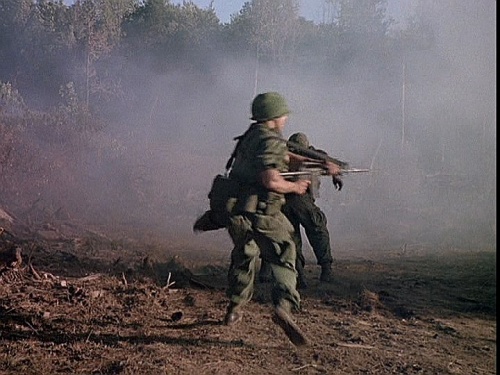 A trooper with his Colt XM177 mockup. 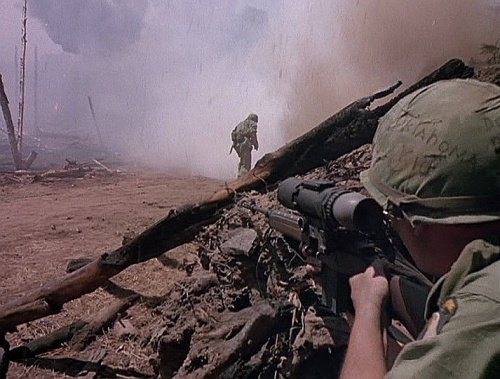 The trooper with his M14.
Retrieved from "https://www.imfdb.org/index.php?title=Jacknife&oldid=1341364"
Categories: