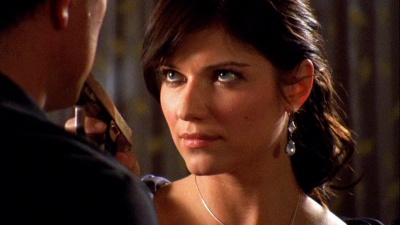 Ivana Miličević is an American actress of Croatian descent born in Sarajevo, Bosnia. Her family emigrated to the U.S. and settled in Troy, Michigan. Upon graduating from high school, she moved to Los Angeles to pursue a career in acting and modeling.