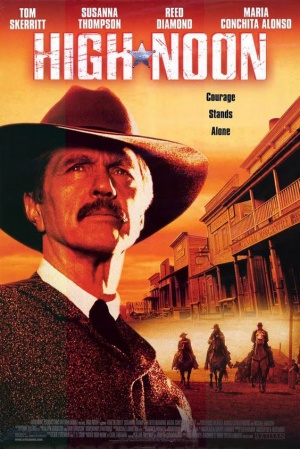 High Noon is the 2000 television film remake of the 1952 Gary Cooper Western of the same name. The remake stars Tom Skerritt as Will Kane and Michael Madsen as Frank Miller.

The following weapons were used in the film High Noon (2000): 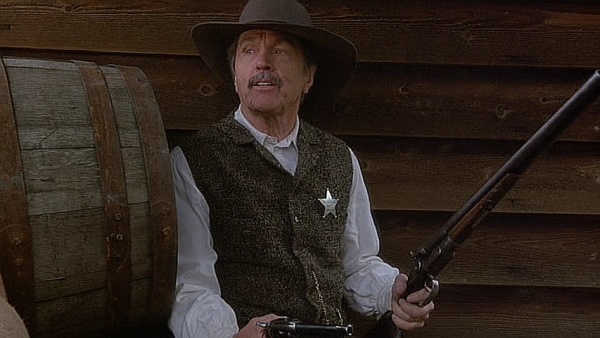 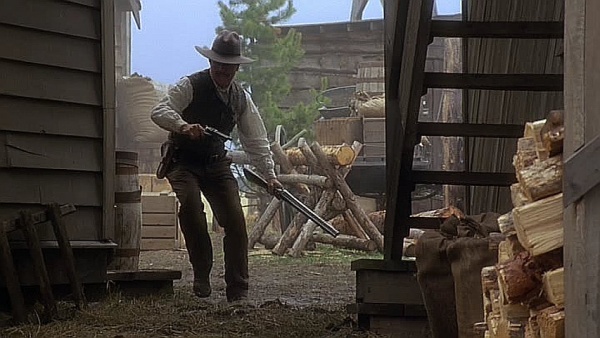 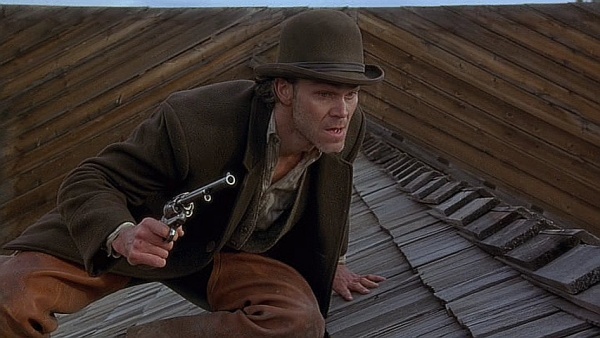 The main handguns used by Frank Miller (Michael Madsen) are Remington 1875 revolvers, which he carries in dual holsters. 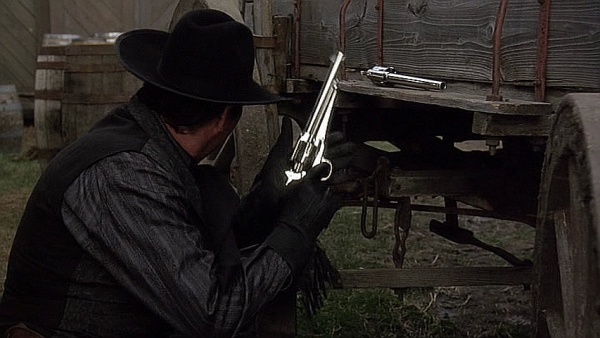 The Winchester 1866 "Yellow Boy" rifle is seen in the rifle rack in the Marshal's office. Will takes one and uses in a confrontation.

Winchester 1866 "Yellow Boy". Model in film has forend removed and has a side folding scope. 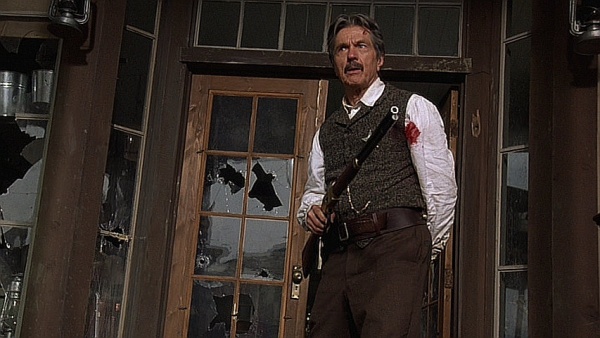 The Winchester Model 1873 rifle is used by Frank's henchmen. 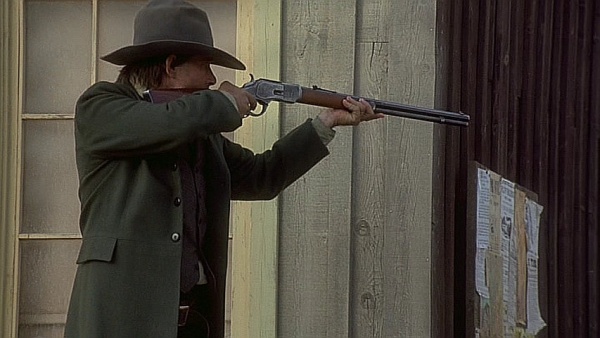 A 12 Gauge Double Barreled Shotgun is also seen in the rifle rack in the Marshal's office. Will also uses one during a shootout.