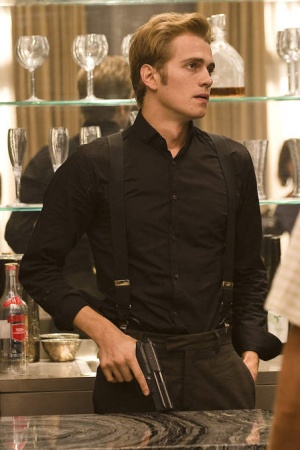 Hayden Christensen as AJ with a SIG Pro pistol in Takers.

Hayden Christensen is an American actor perhaps best known for his role as the older Anakin Skywalker in two films of the Star Wars Prequel Trilogy. He has since appeared in such films as Takers, American Heist, and First Kill.