Grandads-Robbers (Stariki-razboyniki; another English title Old Men: Robbers) is a 1971 Soviet comedy directed by Eldar Ryazanov. Aged Ugolovny Rozysk (criminal police) Det. Nikolay Myachikov (Yuriy Nikulin) is on the verge of sacking as his superior Fedyaev claimed that Myachikov solved no crimes for a long time. Myachikov's friend Vorobyov (Evgeniy Evstigneev) suggests him to commit a perfect crime himself and then quickly solve it. But the way of "fake crimes" is not so simple as the two old men thought.

The following weapons were used in the film Grandads-Robbers (Stariki-razboyniki):

In one scene Myachikov (Yuriy Nikulin) loans a Makarov PM from the militioneer Petya (Yuri Belov) in order to threaten Det. Proskudin (Andrey Mironov) who plans to get Myachikov's position. 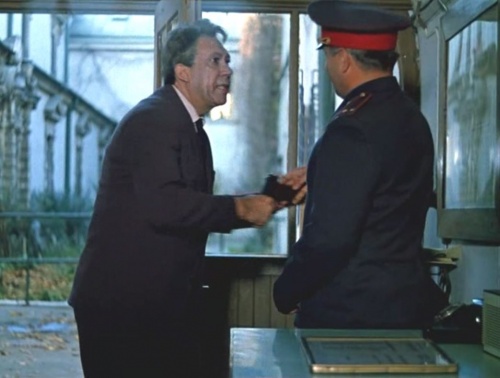 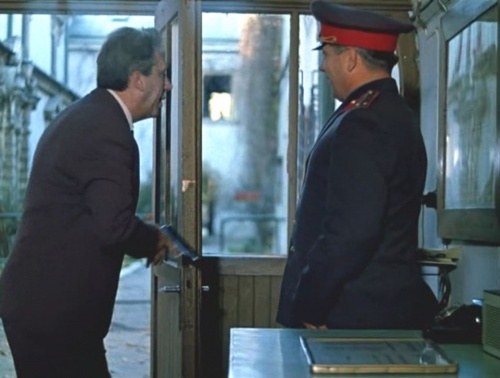 Petya gives the pistol to Myachikov. 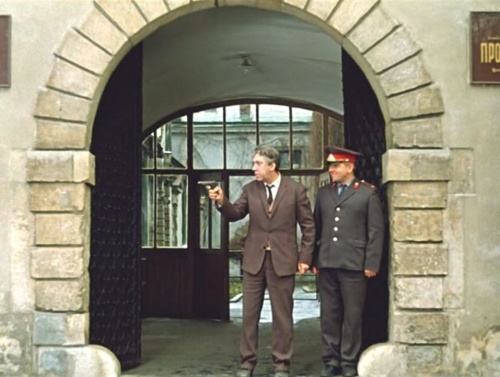 When Myachikov points the pistol at Proskudin, it switches from PM to Walther PP in a continuity error. 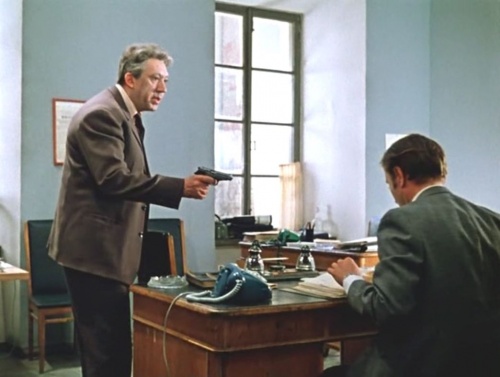 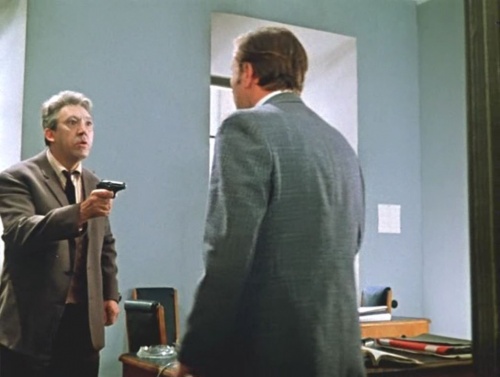 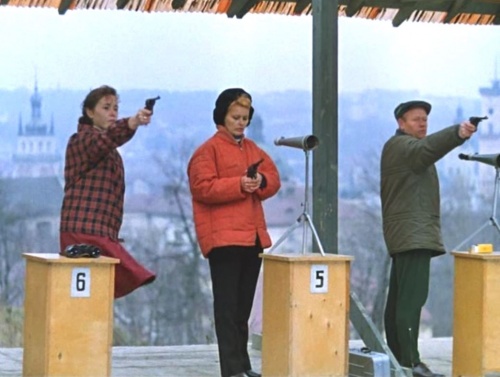 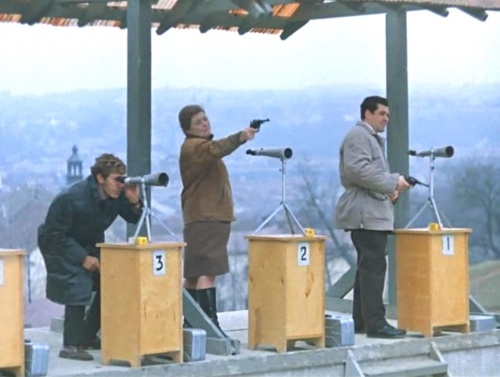 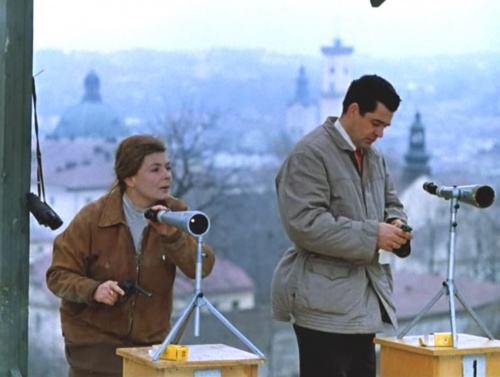 Anna Pavlovna at the left. 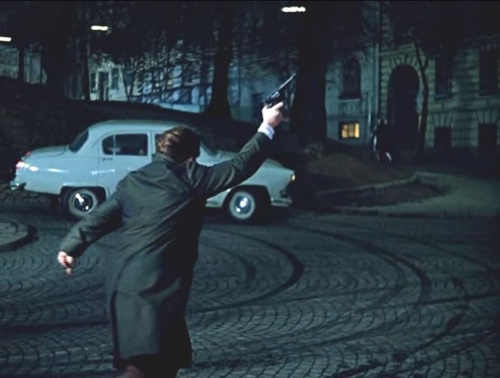 Anna Pavlovna holds the Nagant during the fake robbery. 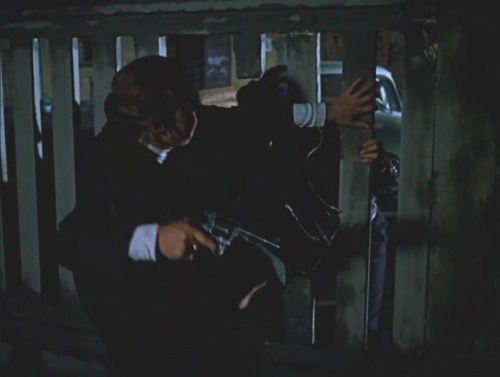 A close view of the revolver.
Retrieved from "https://www.imfdb.org/index.php?title=Grandads-Robbers_(Stariki-razboyniki)&oldid=1135915"
Categories: