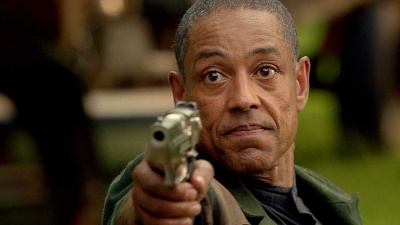 Ginacarlo Esposito holds a modified Walther P38 as Moff Gideon in The Mandalorian.

Giancarlo Esposito is an American actor well known for his roles as Agent Mike Giardello in the NBC series Homicide: Life on the Street, Gus Fring in the AMC series Breaking Bad and its prequel Better Call Saul as well as Moff Gideon in the Disney+ streaming series The Mandalorian. In addition, he has also voiced and portrayed Antón Castillo in Far Cry 6 (2021).