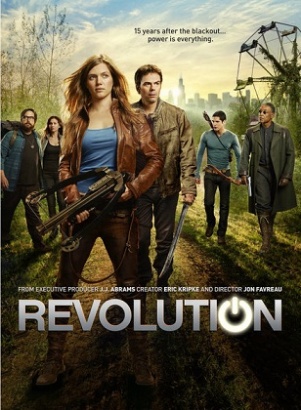 Revolution was a television drama that premiered in September of 2012 on NBC in the US. The premise of the series centers around an unknown event that suddenly disables all forms of electricity, even batteries, and sends society back to pre-industrial times. Fifteen years following this event, what was once the the United States of America has been carved up into several independent states controlled by militias, who have stockpiled all modern firearms and banned anyone outside the militias from possessing them. Now, a young girl and a small band of followers travel throughout the country, unaware that they may hold the secret to returning the world to its former state. The series was created by Eric Kripke (Supernatural) and was co-executive produced by J.J. Abrams. Jon Favreau (Iron Man) directed the pilot episode. The series aired for two seasons from 2012 to 2014.

The following lists the seasons of the series Revolution: