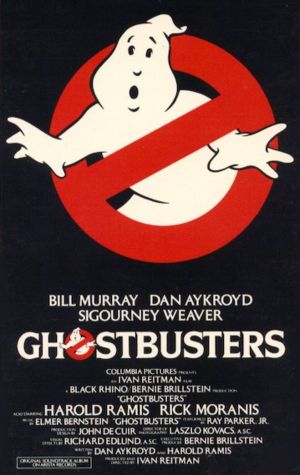 Ghostbusters is a 1984 paranormal comedy classic directed by Ivan Reitman and stars Bill Murray, Dan Aykroyd and Harold Ramis as three scientists who decide to open a business that deals with catching ghosts throughout New York City. The film's cast included Sigourney Weaver, Ernie Hudson, William Atherton, and Rick Moranis. The film's success would also lead to a 1989 sequel as well as a 2016 feature film "reboot" in addition to the 2021 continuation, Ghostbusters: Afterlife.

The following weapons were used in the film Ghostbusters (1984):

Near the climax of the film, Army National Guard soldiers sent to provide crowd control and security can be seen armed with M16A1 Rifles. Sharp eyes can also spot a few MGC replica M16s fitted with A1-style flash hiders supplementing the real M16A1s.

As Ray Stantz (Dan Aykroyd), Peter Venkman (Bill Murray) and the rest of the Ghostbusters approach the building, an Army National Guard soldier is seen holding an M16A1 rifle.

An Army National Guard soldier cheers the Ghostbusters while armed with an M16A1.

The wide shot shows the prominent forward assist on the MGC M16 replica.

An Army National Guard soldier on the right behind the police officer wielding an M60 machine gun.

When the Ghostbusters are brought to meet with the Mayor of New York City, an NYPD officer can be seen with a holstered revolver of unknown make or model.

An NYPD officer escorts the Ghostbusters to meet the Mayor of New York City with a holstered revolver of unknown make or model.
Retrieved from "https://www.imfdb.org/index.php?title=Ghostbusters_(1984)&oldid=1374046"
Categories: