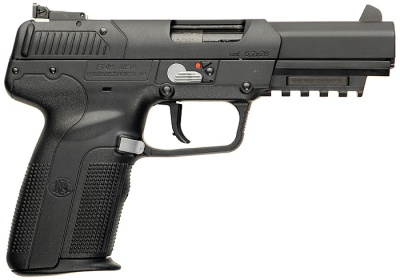 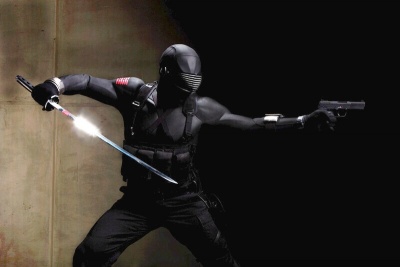 Snake Eyes tries to use his FiveseveN on Baroness' SUV. This is a mirrored shot, since you can clearly see the ejection port on the wrong side. 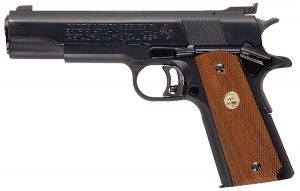 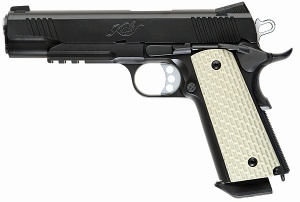 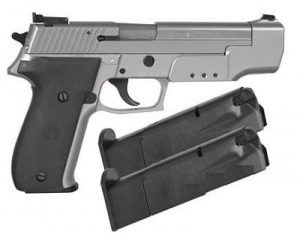 The Heckler & Koch HK416D rifle is used by Duke (Channing Tatum), Ripcord (Marlon Wayans) and their unit during the early part of the film, prior to joining the GI Joes.

Duke turns with an HK416D

Ripcord (Marlon Wayans) with his HK416D.

The Special Ops soldier on the right fires his G36C at a Cobra gunship during the convoy attack early in the movie. You can tell this is a mirrored shot because the shells are ejecting from the wrong side.

A M.A.R.S. guard aims his G36C at Duke as he tries to escape McCullen's (Destro) base in the Arctic, also a mirrored shot.

The French officer using the G36 is actually holding it left handed and hence, not a mirrored shot. 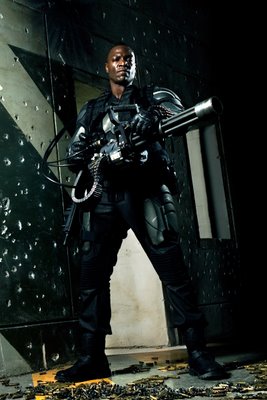 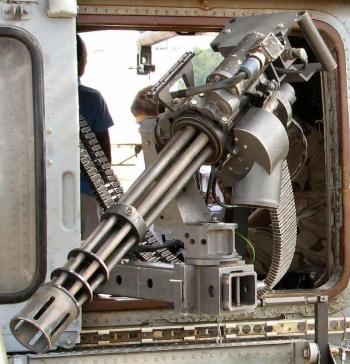 Duke and Ripcord in their Accelerator Suits.
Retrieved from "https://www.imfdb.org/index.php?title=G.I._Joe:_The_Rise_of_Cobra&oldid=1526179"
Categories: