Fusilier Wipf is a 1938 Swiss movie directed by Leopold Lindtberg and Hermann Haller. It is August 1, 1914, and Master Wiederkehr's hairdressing salon is buzzing with the shocking news that war has broken out. Germany, Belgium, and Russia have declared mobilization. The French troops are at the border. The hairdresser's assistant Reinhold Wipf also has to answer the call to arms. In the following years, the pale youth, teased by his comrades, grows into a man. He serves with his company in various parts of Switzerland and becomes friends with the soldier Leu, who takes care of him like a father. He has long regretted his hasty engagement, for in the meantime he has lost his heart to a country girl. But before Wipf can think of a future together, he and his comrades are ordered to the Valais. In the mountains on the Swiss-Italian border, they are confronted with the horrors of war for the first time.

The following weapons were used in the film Fusilier Wipf: 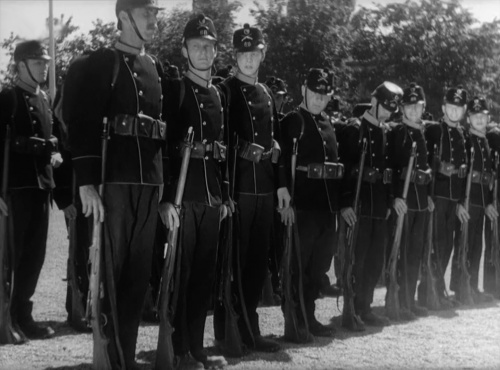 The recruits with their rifles during basic training. 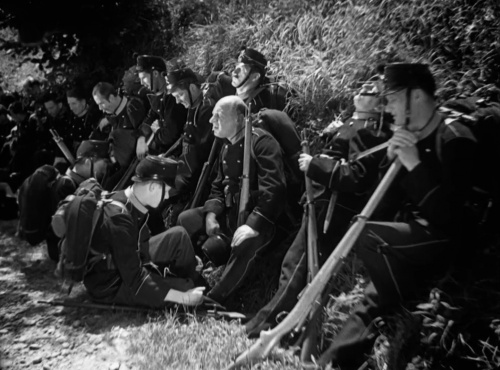 During a maneuver, the soldiers take a rest. The left side of one M1911 is perfectly seen. 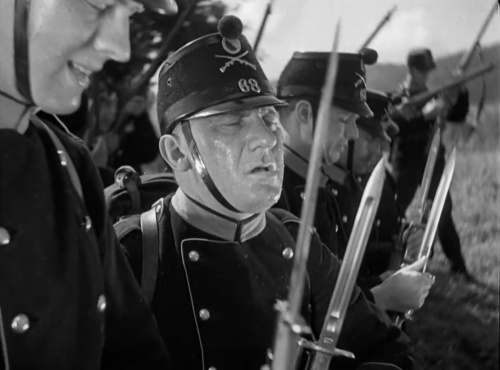 After they have reached the end of the exercise; Reinhold and Leu remove their Dolchbajonett 1899. The bayonets in the background appear to be the earlier 1889 variant. 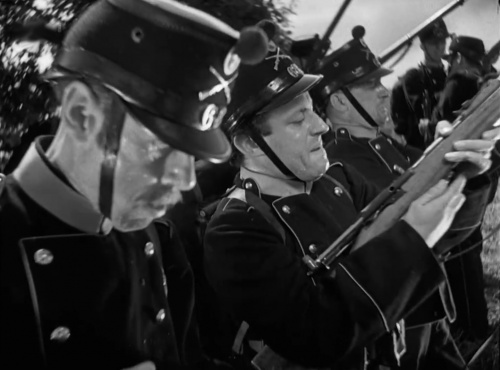 Hungerbühler and Schatzli executing the order to unload their rifles. 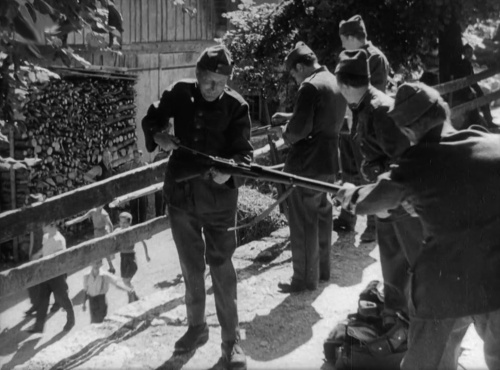 Two Swiss soldiers cleaning the barrel of one Schmidt-Rubin rifle. 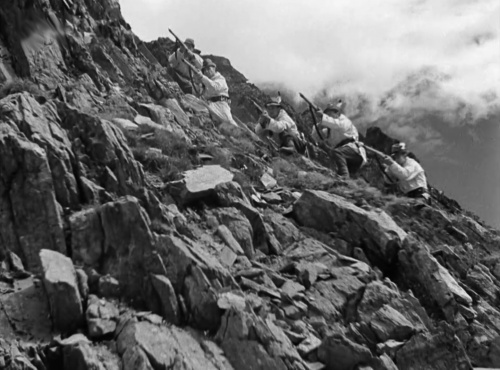 An Italian Ski patrol open fire at two fleeing Austro-Hungarian prisoners. A Carcano rifle variant would be a more accurate choice, especially a Carcano M91TS that was issued to ski troopers. 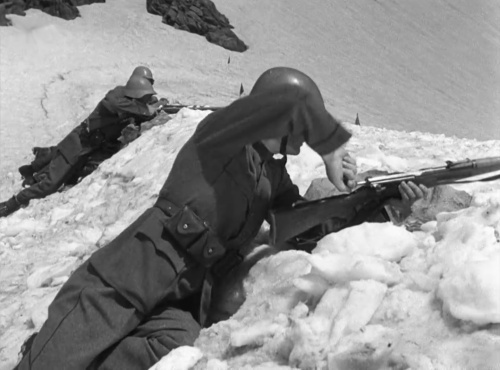 After getting in position, Reinhold unlocks his rifle by pushing the ring safety. 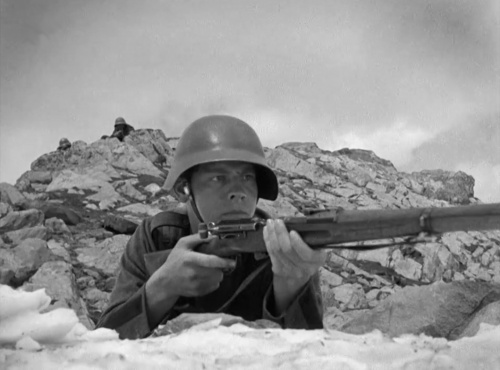 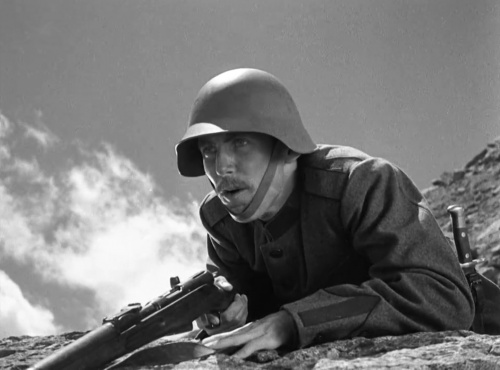 Hans-Rudolph Meisterhans encourages them to not to give up. 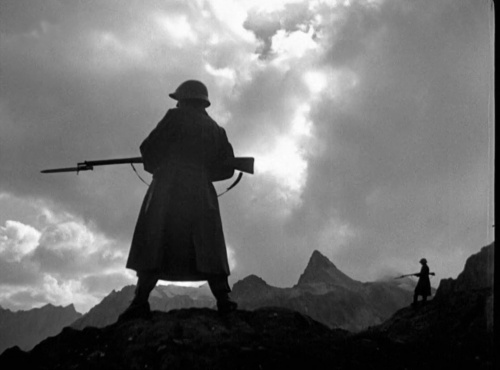 Swiss soldiers on guard duty in the mountains of the Alps.

The Karabiner M1911 is also carried by some Swiss soldiers at a camp in Valais. 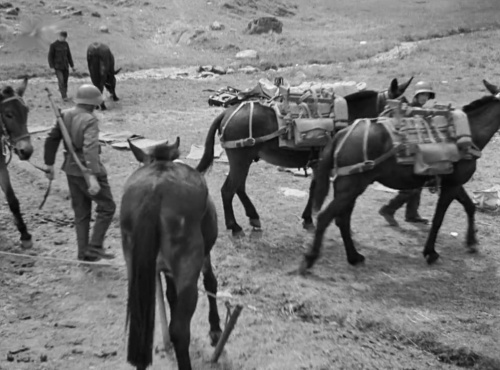 A slung carbine is seen on the left. 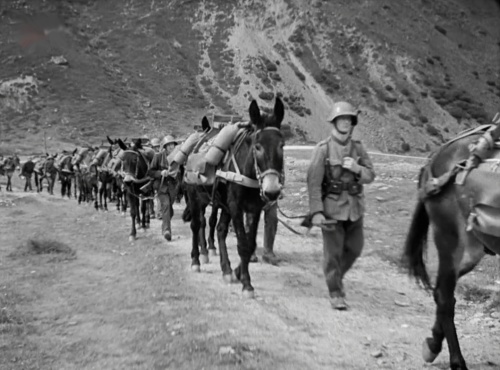 Another view of one soldier carrying the K11 on his back.

Some older Schmidt-Rubin Model 1889 are also seen used by Swiss soldiers. Since these rifles are not seen in detail they could be either M1889 or M1889/96 variants; this unclarity could be solved by looking at the receiver, which unfortunately cannot be seen. 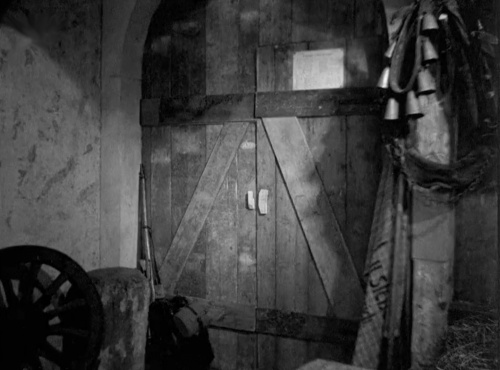 An used rifle is seen leaning against the entrance of the barn. Note the larger rear sight. 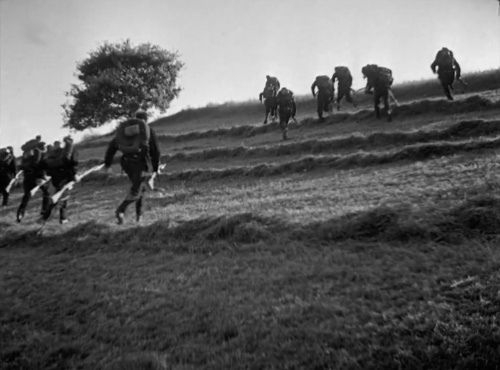 The third soldier from left carries his rifle with the box magazine during the training charge. 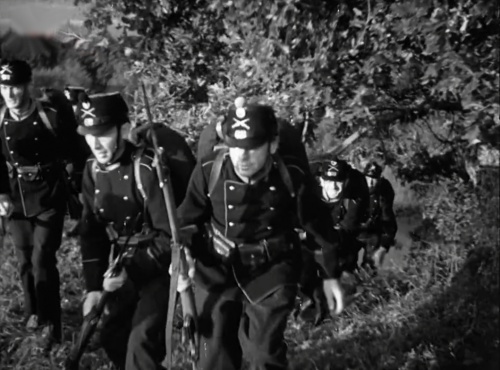 The front view of a soldier holding the rifle could also solve the identification problem; the distance between the magazine to the trigger guard is smaller on the M89/96, but this angle does not allow to distinguish it properly.

The movie features the development of the Swiss military uniform between 1914 to 1918. 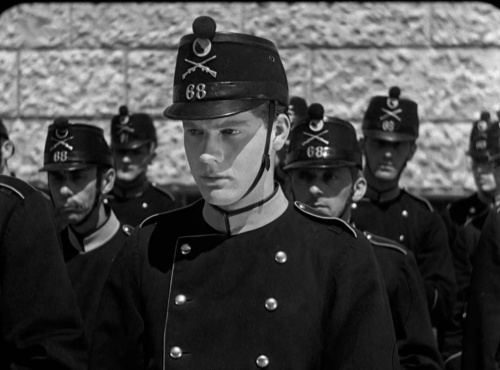 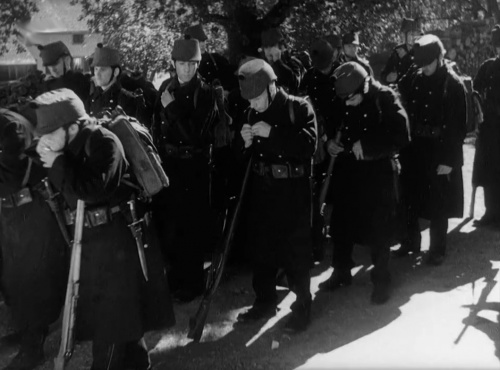 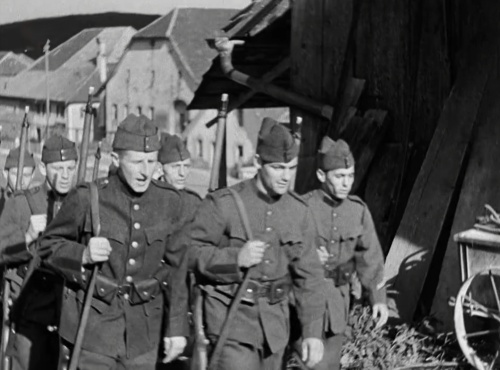 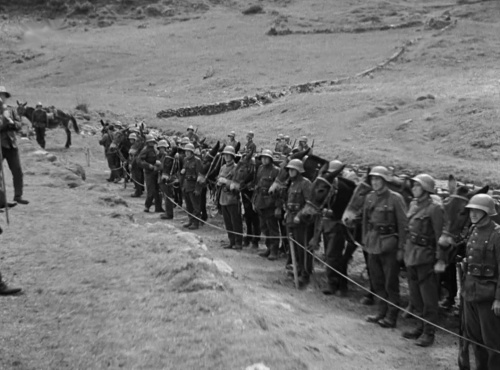 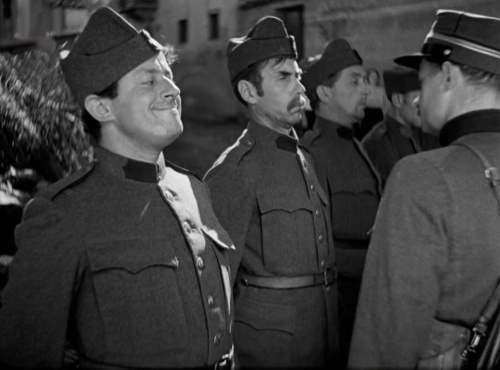 The holster can be seen on the right.
Retrieved from "https://www.imfdb.org/index.php?title=Fusilier_Wipf&oldid=1492664"
Categories: