Fritz Lang (German alternative title Fritz Lang - Der Andere in uns) is a 2016 German movie directed by Gordian Maugg. The German star director Fritz Lang, who created silent movie masterpieces with the "Nibelungen" films and "Metropolis", wants something new: he wants to make his first sound film after the bombast of earlier days is no longer in demand. In 1930 he traveled from Berlin to Dusseldorf in search of the right material, where he pursued the police investigation of the well-known criminal council Gennat. Gennat deals with the brutal serial killer Peter Kürten, the "Vampire of Düsseldorf". But as the events unfold and Lang's head forms the plot into a movie that later becomes "M - Eine Stadt sucht einen Mörder", the director is caught up in the unfamiliar surroundings of his past and has to look into abysses he did not expect.

The following weapons were used in the film Fritz Lang:

The Dreyse Model 1907 is the personal sidearm of Fritz Lang (Heino Ferch) and can be seen in most of his movies. He kept it even as he left the Austro-Hungarian army. During several flashbacks of his serving years in 1916, Younger Fritz used it to infiltrate a Russian MG-position. This seems uncommon for Austro-Hungarian officers but Austria purchased many Dreyse pistols to fill the lack of Roth-Steyr M1907 and Steyr M1912 pistols. The younger Ernst Gennat (Rainer Galke) and Fritz' wife Thea (Johanna Gastdorf) are seen with his Dreyse as well. 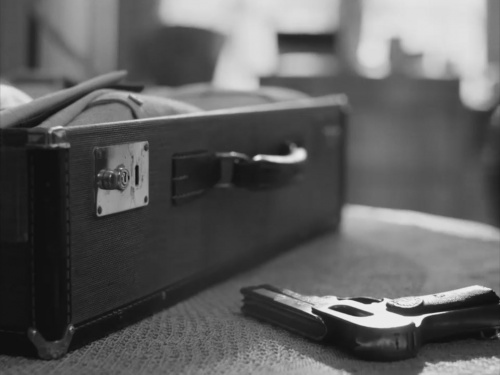 The Dreyse on the desk before picking up by Fritz. 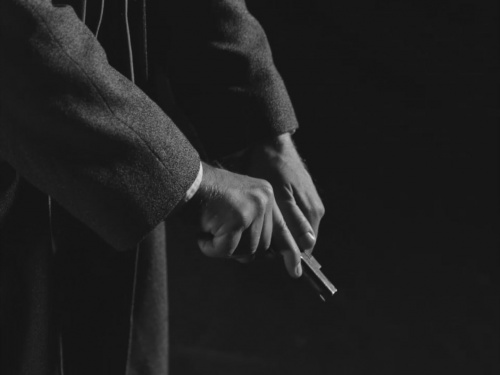 He moves the slide during the night. 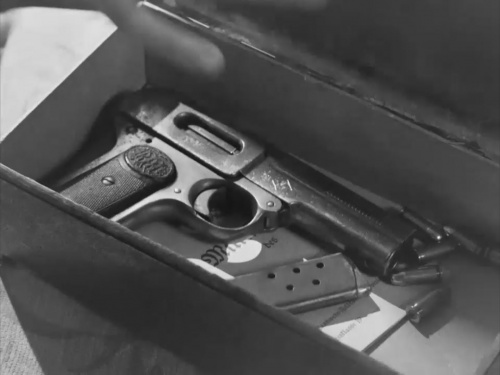 The pistol lies above the firearms license in a box during a flashback. 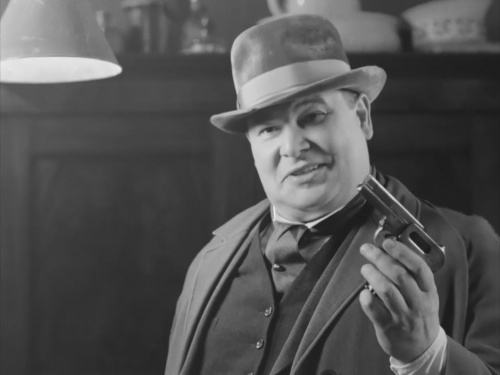 "The murder weapon: A Dreyse pistol from the war."
Younger Ernst Gennat holds the Dreyse. 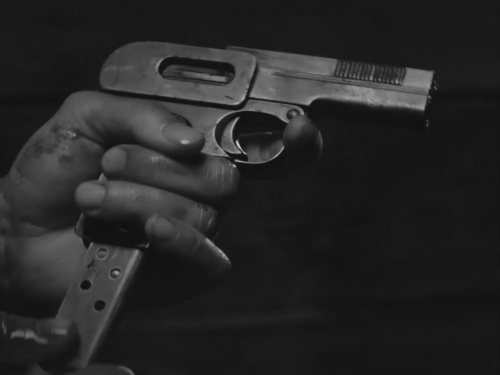 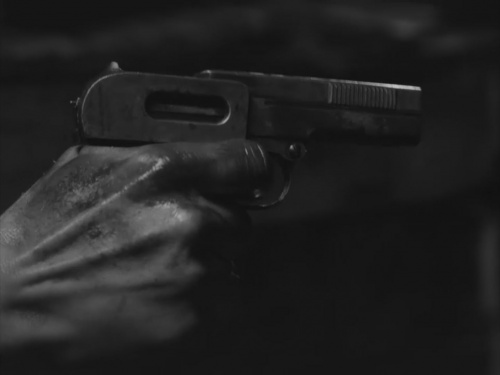 ...and points it at Russian soldiers. 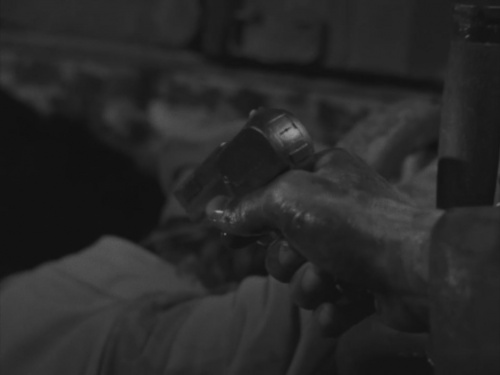 A Rear view of the Dreyse while checking the dead.

Austro-Hungarian soldiers in Galicia are armed with Mannlicher M1895 rifles as Fritz describes how he killed for the first time. It is unclear whether it is original M95 or the M1930 Conversion. 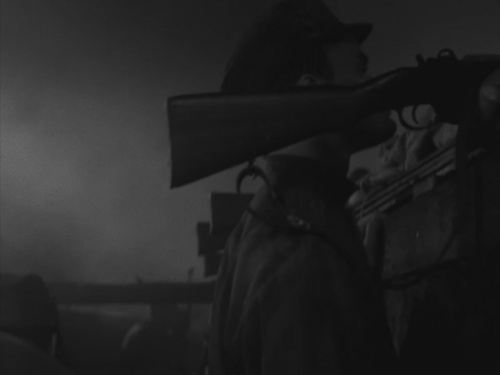 An Austrian soldier with his Steyr M95 next to him on the right. 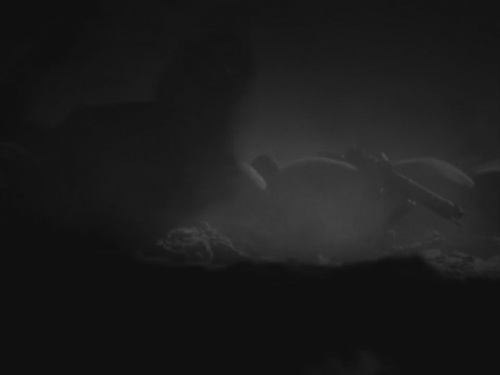 Another Steyr rifle on the right as Fritz goes over the top. 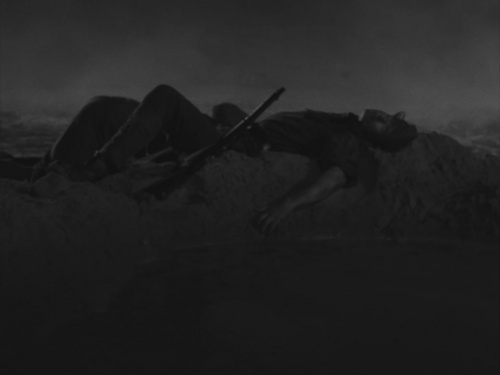 A dead Austrian with his rifle in No Man's Land.

A Mosin Nagant Rifle of unknown variant is seen near a dead Russian soldier killed by Fritz. 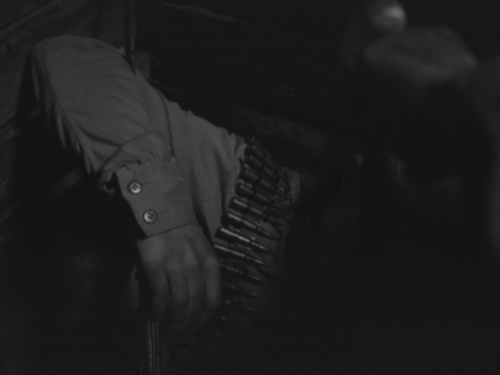 The rifle in his hand. Note the typical Sling Slot.

The so-called "unpleasant" Russian machine gun is a Maxim M1910. 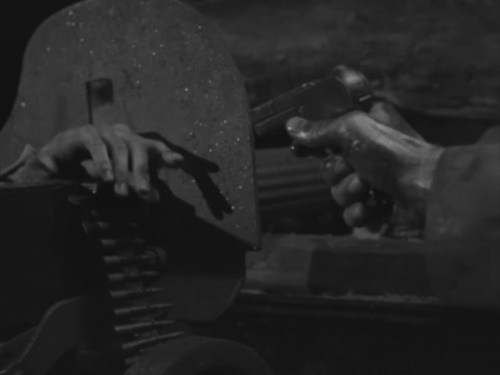 Fritz approaches the dead gunner. Note there is no top hatch on the cooling jacket. 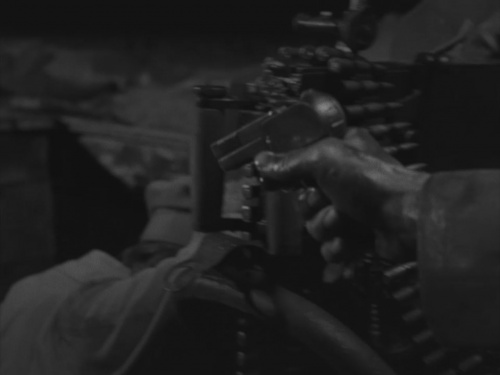 A View of the trigger part. 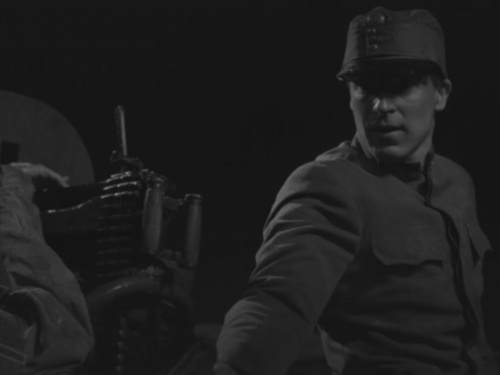 Younger Fritz stands next to the Maxim. 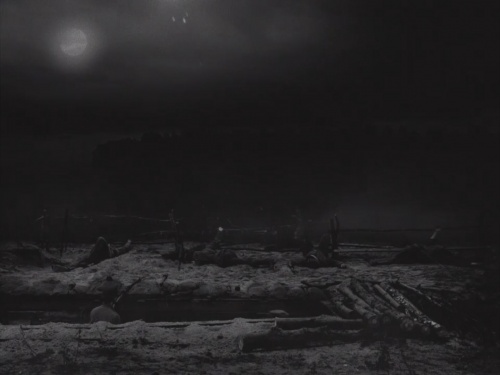 A pair of Stielhandgranates without the star-shaped plate on the edge of the trench. 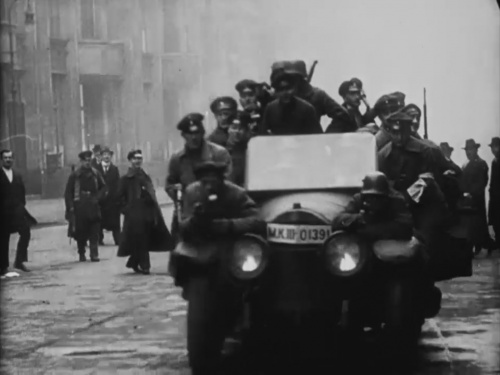 German soldiers (except the one in center) in a car have Mauser Gewehr 1898s. 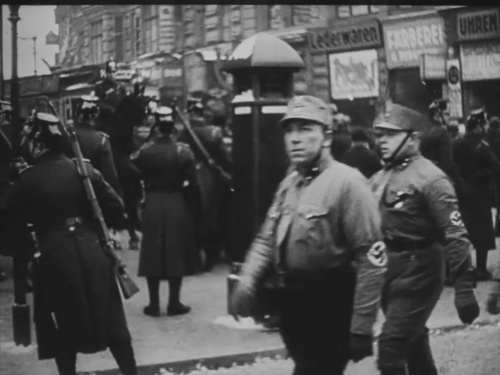 Two Policemen with Karabiner 98AZs over their backs guarding an NSDAP march.

A Mauser 98AZ Artillery Carbine is carried by the soldier in the center. 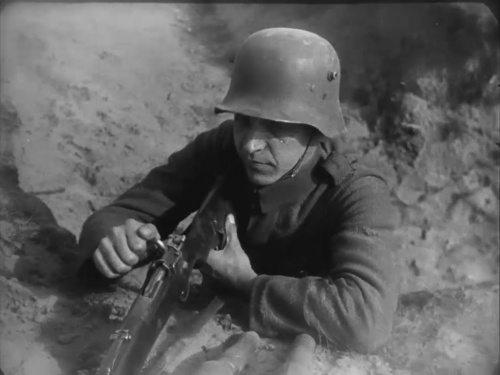 A soldier works the bolt handle. This is probably taken from a movie from the 1920s. 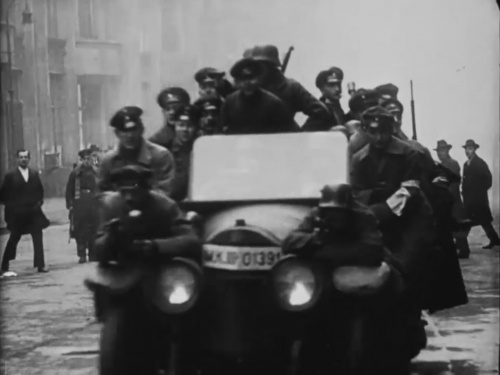 The soldier second from center holds a Model 15 Stielhandgranate.
Retrieved from "https://www.imfdb.org/index.php?title=Fritz_Lang_(2016)&oldid=1530791"
Categories: