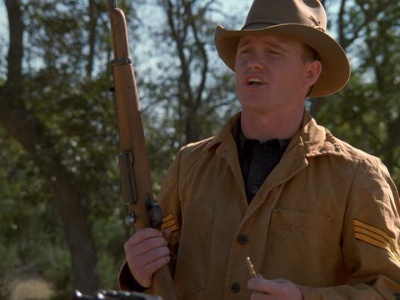 Freddie Joe Farnsworth is a professional stuntman/actor who has had brief roles in such productions as The Great Raid, Rough Riders, Band of Brothers and The Pacific. A former US Marine who served during both Desert Shield and Desert Storm, Farnsworth frequently works as a military adviser with Captain Dale Dye's Warriors, Inc.