Frankie and Johnny is an American 1966 musical comedy directed by Frederick De Cordova and starring Elvis Presley as Johnny, a riverboat singer and gambler.

The following weapons were used in the film Frankie and Johnny:

Frankie's (Donna Douglas) stage gun is a nickel plated pearl-gripped Colt Official Police revolver, visually modified by adding a fake side-mounted extractor rod housing (without the extractor rod itself) in Single Action Army style. In the scene when Blackie (Robert Strauss) loads the revolver with a live round the gun switches to a genuine SAA (see below) and then back. 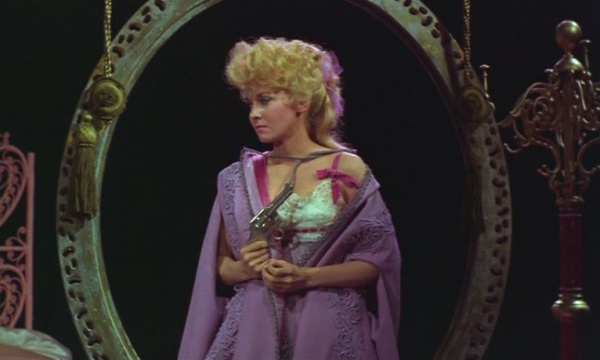 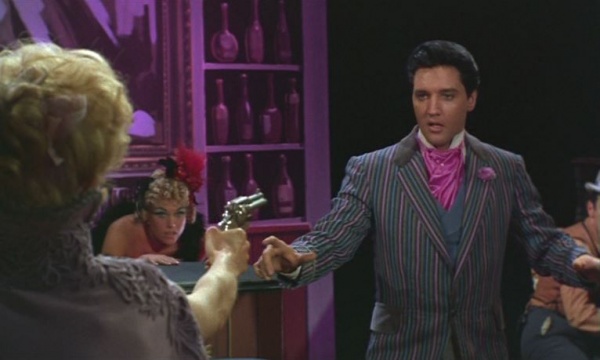 Frankie raises her gun on Johnny... 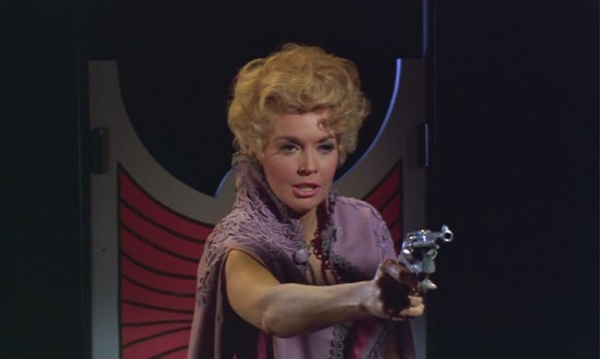 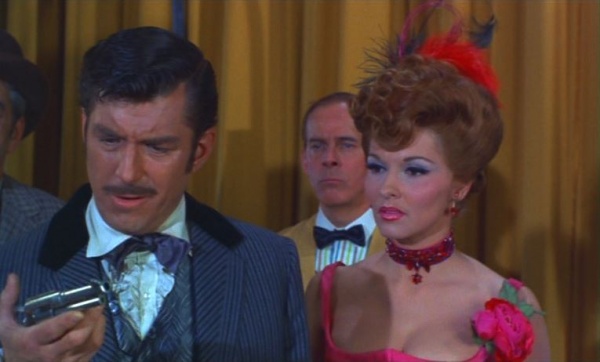 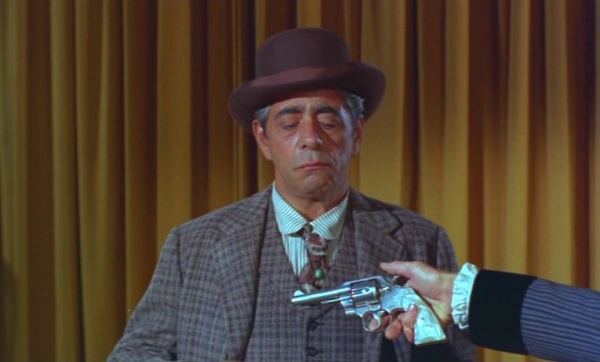 He hands the gun to his assistant Blackie (Robert Strauss). 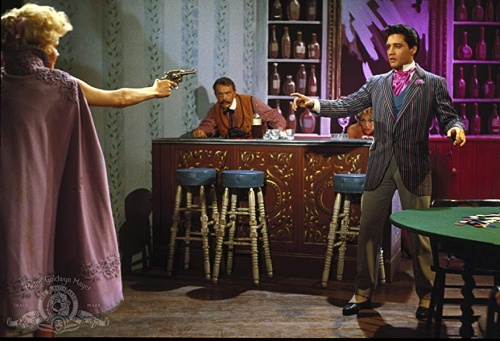 Frankie shoots at Johnny on a promotion still. 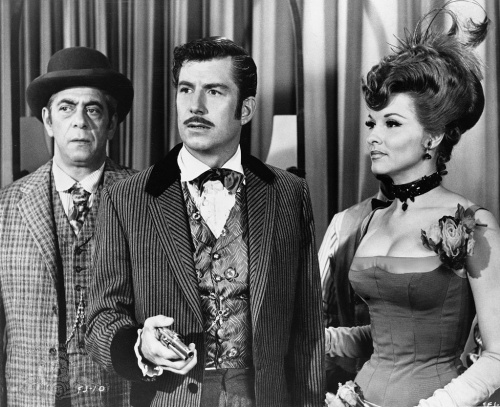 Clind Braden holds the revolver on a promotion still.

When Blackie loads Frankie's screen gun with a live round, the gun switches to a Single Action Army Civilian model, also nickel plated and pearl-gripped. 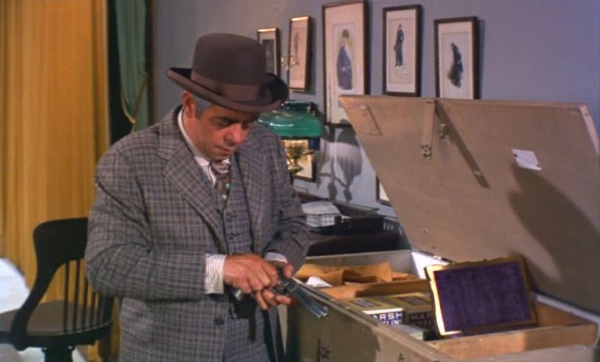 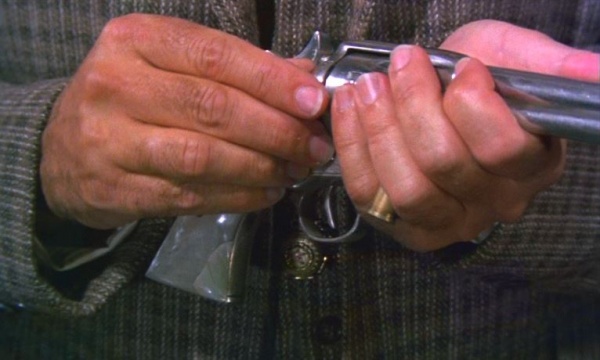 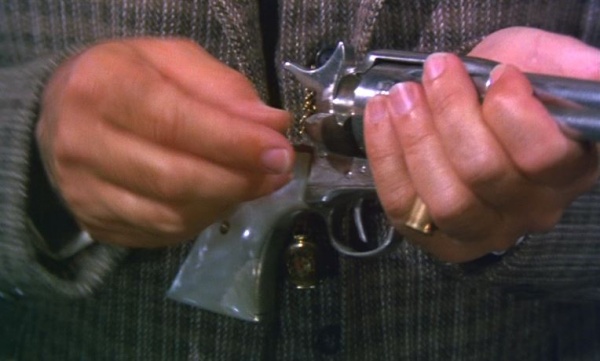 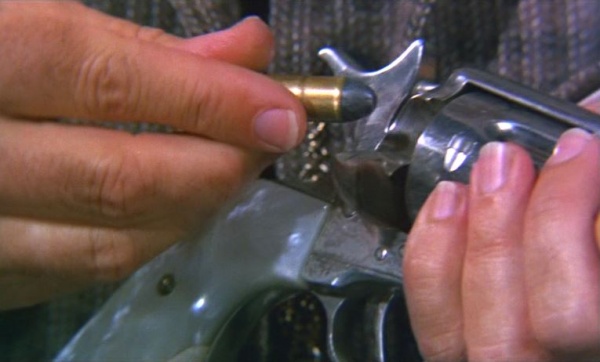 He loads it with live ammo.

Another view of the revolver in Blackie's hands. 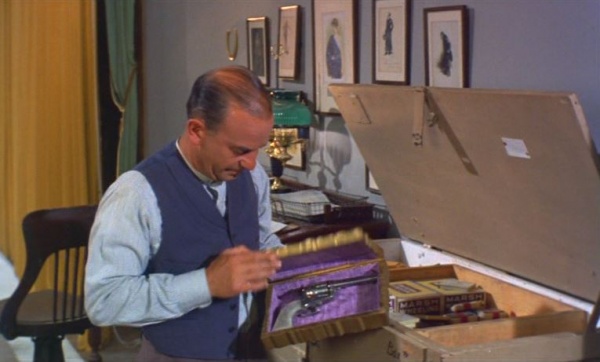